When the Duke and Duchess of Cambridge emerged from St. Mary's Hospital carrying baby Prince George, millions of people watching worldwide instantly zeroed in on something all parents have had to buy: A car seat.

Rather than selecting something beyond the scope of most families, the Duke and Duchess went for a rather ordinary looking, sturdy and upper-end Britax Baby Safe plus. Retailing in Britain for the equivalent of $160 and well-regarded for its safety, this mobile throne is not the Bentley of baby seats. It's more like a Volvo.

In what could be construed as either a reflection of modest personal values or a clever marketing campaign to be more accessible – but not too accessible – there is Prince George's swaddling blanket. A cotton muslin covering made in China and sold by aden + anais, a U.S.-based firm, it is part of a package of four that sells for about $50. Though the item has a boutique-cool factor, it has the price point of something a rushed relative could pick up at the gift shop in the hospital lobby.

Whether or not these are calculated choices – from the places they visit to the clothes they wear – they have a profound echo that go beyond the baby bounce that some of the lucky associated companies may experience.

That will only increase now that the focus will be on their family and the products they'll buy for their baby. And questions immediately surface about whether the Royals buy British, how much they spent, or how much their decisions reflect changes in attitudes in the House of Windsor.

Take Britax for example. It is headquartered in Britain but the car seat chosen by the couple is made in Germany, something more than one British newspaper noticed given the country's current angst over its ties to Europe. What's more the company is entirely owned by an investment fund based in Sweden, hardly a ringing endorsement for British enterprise.

As for price, the Britax seat was not among the company's flashiest or most expensive (another seat sells for nearly $100 more), but it was the highest rated, reflecting a more practical choice by the couple.

Officials at Kensington Palace insist the Duke and Duchess are just like any other parents and looked for a car seat that put the safety of their baby first. However, neither product is run-of-the mill, said Rebecca Brown, founder and president of Rec Room, a Toronto advertising agency that specializes in marketing to parents and families.

Ms. Brown bought the same Britax car seat and it was described to her by a salesman as "the Cadillac of car seats." Similarly, the swaddling blanket, from aden + anais, is high end. "It's a product I could purchase. I could do it. But they're not the lower-end products," she said, something a parent would buy find at a store like Toronto's Baby on the Hip, not Babies "R" Us.

However, in terms of the image the couple evoked with their choices, the slightly higher priced products were not showy, she said. It is instructive to compare the appearance on Tuesday to other celebrity parents, which are often more extreme – she cited the reports of Beyoncé and Jay-Z's $20,000 crib for their daughter Blue Ivy.

Janice Mandel, a PR veteran and president of Toronto-based firm Strategic Ingenuity, noted that there seemed to be a great effort placed upon everything appearing easy to relate to. "The car seat looked very average. … From a branding perspective, they're doing a lot for the image of the Royals. They're coming across as people," Ms. Mandel said.

There is a great deal of PR strategy invested in making public figures appear to be regular folk – particularly in the political world. This effort often fails, Ms. Mandel said, when the process looks too contrived and people can sense the machinations behind a photo op, for example, or a choice of sweater. "They [William and Kate] are doing it in a way that's natural, and relaxed."

Not everyone is buying the ordinariness of the royals.

Graham Smith, who heads an organization called Republic, said the Duke and Duchess have become little more than superficial celebrities, who have little to say or do. The royal household has spent considerable resources manufacturing the image of the Duke and Duchess. "It's not sustainable," he said Wednesday. "It's all going to start to go wrong."

Why does the baby have three names?

While it seems like a heavy moniker for an infant, it's actually lighter than tradition would have it. Prince Charles has four names: Charles Philip Arthur George, although the Queen is Elizabeth Alexandra Mary Windsor. Her father, who began life as Albert and ended it as King George VI, had five names at birth.

Again, it doesn't stray far from tradition. St. George, for one, is the patron saint of England (and Bulgaria, Rio de Janeiro, and Moscow and the Scout Movement). And as the BBC notes, the last 11 monarchs have been Elizabeth, George, Edward, George, Edward, Victoria, William, George, George, George and George – six Georges in all. "When it's a future royal monarch, tradition and continuity plays a big role, which is why there are lots of Georges and Williams to underline the continuity of the house of Windsor and prior to that, the royal dynasty," Joe Little, managing editor of Majesty magazine, told the BBC.

Why Alexander and why Louis?

This baby's name resonates with the Windsor family history. Alexandra, the female version of Alexander, is one of the queen's middle names, and was also the name of the queen consort of King Edward VII at the start of the last century. Louis is one of William's middle names (he's William Arthur Philip Louis), and was the name of Prince Charles's great-uncle Louis Mountbatten, who was assassinated by Irish Republican Army guerrillas in 1979. Choosing that name for the baby recognizes the close relationship between Charles and the man who was known affectionately in the family as "Uncle Dickie."

Will he be called King George?

Not necessarily, although if the little prince one day does become king, he might opt for the continuity implied in George. King George VI was actually christened Albert and known as Bertie. Other monarchs have taken other names on ascension to the throne. Prince Charles was once reported to be thinking of taking the name King George VII, should he ascend to the throne, but he has denied publicly he's ever discussed it. 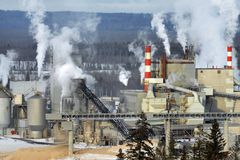 Duke and Duchess represent a generational shift for the royals
July 23, 2013 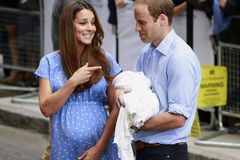 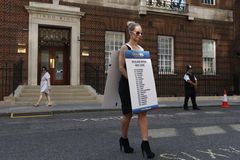 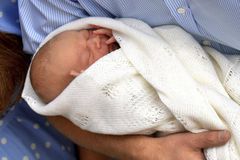