In 1533, around the time of her secret marriage to Henry VIII, Anne Boleyn was heard joking to courtiers that she had developed a craving for apples – a remark that a foreign ambassador repeated back to his masters as evidence she would soon be Queen.

Maybe the fruit helped assuage Boleyn's morning sickness. At any rate, the story (which some historians dispute) points to an age when news of a royal pregnancy was broadcast more diplomatically than by Twitter feeds and a hospital stakeout.

This Monday, by contrast, the Duke and Duchess of Cambridge were forced to reveal that they were expecting in the very early stages of a pregnancy because her admission to hospital with acute morning sickness inevitably would have leaked to social media. (By the end of the week, the media frenzy had even taken a tragic turn: a nurse who had relayed a prank phone from two Australian DJs to the hospital died on Friday, with some speculating suicide.)

Catherine Elizabeth – the former Kate Middleton – is facing a media culture where pregnancy is highly scrutinized, as well as sexualized. It's a social pageant of motherhood that celebrities play out for the common folk, a prescriptive narrative with a simple moral: yummy mummies good, preggers teens bad.

But Kate also has married into an international institution that owes its 946 years of power to an unbroken bloodline that can be traced back to William the Conqueror. Her job, just like Diana's before her, is to produce "an heir and a spare."

As a celebrity mom-to-be, Kate has the modern myth of the sexy pregnancy riding on her belly; as a royal mom-to-be, there is a historic dynasty at stake. This pincer movement, scholars observe, will place great stress on her womb in the months to come.

"Past announcements have been more muted, but there has always been public interest, because a royal birth has political implications," says Carolyn Harris, a historian of the British monarchy who teaches at the University of Toronto.

Five hundred years ago, in the aftermath of the bloody succession feud that was the War of the Roses, Henry divorced and beheaded insufficiently fertile wives in his desperate quest to produce a healthy male heir. Today, Kate could produce no children at all and do no constitutional damage.

After Prince Charles and his son William, the Queen has three other children, seven other grandchildren and two great-grandchildren to provide possible monarchs; the British throne has often gone to younger sons, as well as a few daughters.

But the Duchess's pregnancy is part of a media narrative that portrays William as a future king – a responsible person with leadership potential, in contrast to his party-hound kid brother, Harry.

"The intense focus on the Duke and Duchess of Cambridge speaks to their popularity: The public hopes the succession will be in their line," Dr. Harris says.

So what the public wants now are photos of the baby bump.

"We have seen a real intensification of interest in the pregnant body, in the media, in celebrity-gossip magazines, in reputable newspapers, on television," says Michelle Meagher, an assistant professor in the women's studies program at the University of Alberta. "We are shaming some mothers and idolizing other mothers. We are asking they prove to us they will be good mothers and attractive women."

Professor Carellin Brooks, who teaches at the University of British Columbia, goes further: "There is a sense women's bodies no longer belong to them in the reproductive arena, and you have to distinguish between appropriate concern and hysteria."

She points out the rush to judge pregnant women seen drinking or smoking. "This sense of ownership carries over to the way celebrities are watched when they are pregnant. … First, the [media] are on baby-bump watch, and as soon as the [celebrities] have given birth, they are on lose-the-pregnancy-weight watch. It's incredibly scrutinizing."

It's also a relatively recent phenomenon. In 1982, when Diana appeared heavily pregnant with Prince William, she hid her belly and appeared in clothes that evoked the nursery she would soon be filling, with Peter Pan collars and big, floaty dresses in soft colours.

"She was desexualized," Dr. Meagher says.

"It some ways, it's great: The pregnant body no longer has to be hidden," Dr. Meagher says. "But you have to rock pregnancy; you have to rock that maternity bathing suit. There are really strong pressures."

Both scholars see the images of healthy, happy celebrity pregnancy as a way of controlling young women, "to tie women more securely to pregnancy and motherhood," as Dr. Meagher says.

Women are being told not to get pregnant too young or too old, lest they be left either indigent or infertile. Instead, just at the stage when their careers might be taking off, they are expected to seek fulfilment through motherhood – and they had better remain absolutely gorgeous while doing it.

The message to the pregnant woman, Dr. Meagher says, is "'You don't matter any more: You are a vessel.' And [Kate] is a vessel for a figurehead. She has to provide a nurturing environment for a future queen or king."

If the Duchess of Cambridge follows contemporary family patterns, she would not stop with this pregnancy. Within three years, she will want a second child – and will move on to a third only if her first two are of the same sex.

But, of course, the Duchess is not part of any old contemporary family but has married into a historic line that has its own particular dynastic requirements. Through British history, there have been precise notions of the correct family size for royals – although few have actually lived up to the ideal.

In another era, a royal bride would have prayed for two sons – an heir and a spare – but not necessarily more than that, says historian Carolyn Harris, who teaches at the University of Toronto's School of Continuing Studies.

Underemployed younger sons can create political instability and rival claimants to the throne; in the 15th century, for example, the War of the Roses pitted the descendants of Edward III's third son against those of his second and fourth. (The king had five sons who survived to adulthood.)

These days, there is less pressure to produce any boys at all: There is a recent move across the Commonwealth to change the law so that an eldest child of either sex can inherit the throne.

In the past, royal girls have been useful for making political alliances through marriage, so as long as she had her sons, a royal mother would also want many daughters. Queen Victoria's five daughters were married respectively to the German kaiser, three German princes and a British duke who was appointed governor-general of Canada.

Regardless of the children's gender, large royal families have been frowned upon. George III's 15 children and Queen Victoria's nine children were not always popular with Parliament because they were perceived to be a drain on the public purse.

If the ideal is two sons and several more daughters, among recent royal consorts, Alexandra, Princess of Wales (wife of Edward VII and later Queen Alexandra), has done the best job. She produced three sons (one of whom predeceased his father, leaving his younger brother to inherit the throne) and three daughters.

With heir coming, Britain races to redraw the line of succession
December 4, 2012 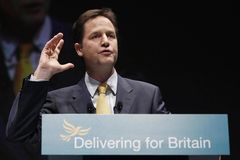 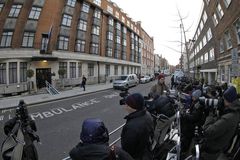