William and Kate are swell. They're young; they're comely. They're baggage-free, a signal accomplishment given their eight years of being hunted by the depraved British news media. There's no mark on them.

So in our throwaway, hyper-obsolescence culture, talk in the Queen's realms has been turning to skipping the next generation - throwing away old and weird Prince Charles from the line of succession - and going straight to Prince William when his grandmother lays down the torch.

Charles, the longest-serving heir apparent in the monarchy's history, carries the chains through life of a cruel narrative. His ears: too big. His monitored (and published) romantic cellphone conversations with the Duchess of Cornwall before they married were odd. His stolen (and published) personal diaries ignited a diplomatic furor. He daftly talks to plants and speaks of a coming revolution on Earth.

The current charge against him is that his public policy advocacies go too far beyond the limits of constitutional permissibility for him to be acceptable as a sovereign.

This is both wrong analysis and misses the point of constitutional monarchy.

Constitutional monarchy is about stability. "The king is dead, long live the king." One sovereign dies, and the title passes to the next one in line to become the personification of the state and the person in whose name the state acts. For Canada and 15 other countries, Charles is next in line to succeed his mother.

Start playing around with the succession - we like this person, we don't like that person - and the core value of stability is undermined. Suddenly, the person becomes a political choice backed by factions. Bleh.

Constitutional monarchy is not a beauty contest. It does not require a pop star or a rocket scientist. It requires someone committed to the job. The Queen, when she became queen at 25, pledged to commit her life to the people whose sovereign she was. She has done that, without anyone knowing how smart she is or what her views on anything are.

No one doubts that Charles would make the same pledge.

He's said he intends to devote the rest of his life to the defence of Nature and has called for a revolution in how human beings relate to Earth. He's a social entrepreneur who advocates on behalf of corporate responsibility. He's lobbied the British government - quite forcefully if one believes the British press - in support of his interests. Charles has become "political," his critics say, and therefore unconstitutional.

Charles, however, has no constitutional role; thus his activities can't be outside constitutional limits. There's no constitutional definition of what the heir apparent can or can't do, leaving him to invent the role for himself. Unlike his mother, his views are known because he's made no secret of them.

Did anyone expect Charles to spend six decades as heir apparent without playing the role of public intellectual, cultural critic, mild crank or provocateur?

Have his activities made him unacceptable as a sovereign? We have cabinet ministers, governors-general and lieutenant-governors with backgrounds in business and other interests who smoothly set aside their previous affairs when they are named to their roles.

Charles has been trained for the job of sovereign since birth. He's obviously socially compassionate. His interests are the leading issues of the day. That answers the question of whether he'll make a good king.

Michael Valpy is a fellow at the University of Toronto's School of Public Policy and Governance. 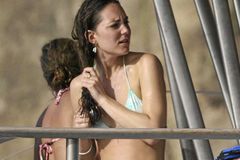