Last weekend Kate Middleton revealed that she and her prince charming have come up with a "short list" of potential baby names. The news kick-started yet another tabloid-driven royal baby frenzy. Unnamed "insiders" spilled the beans (Philip for a boy, according to the Daily Star), and the bookies adjusted accordingly – the odds on Alexandra for a girl went from 25-1 to 12-1 overnight. But confirmation that there's a shortlist is likely all we're going to get before the big reveal. It makes sense – privacy is so hard to achieve when you're the future King and Queen of England, and who want to risk a diplomatic "that wouldn't be my choice" rebuke from QE2?

But it's not just the royals who are guarding the names of future heirs with crown jewels-level security. In fact, Will's and Kate's desire for secrecy has become downright common.

While the princess was keeping quiet on specific names, I was on a girls' getaway – the only non-mom in a group of seven. When the issue of sharing baby names in advance came up, the group was split four to two in favour of secrecy. One friend joked she learned the hard way after her expressed affection for the name Oscar caused her mother to belt out the Oscar Meyer Wiener song, while her father threatened to write hypothetical baby Oscar out of the will.

A more scientific investigation (read: Facebook survey) revealed that it is the rare parent who is willing to openly gab about names pre-birth. The were three main arguments in favour of secrecy. First was not wanting to be tainted by other people's opinions, which is fair enough – the Charlotte in my grade-four class had a perpetually runny nose, and 25 years later I found myself telling a friend that the name Charlotte sounded "snotty." Second was keeping the name a secret so that no one could steal it (one mom-to-be said she and her close girlfriends have a name sign-up list where they "stamp" their top choices). And third was wanting to save it so that the baby's arrival could be played for maximum dramatic effect.

"People see naming a kid as a reflection of self – how cool you are, how intelligent, how well-read," says Duana Taha, the resident baby-name expert on the Lainey Gossip blog. Taha receives e-mails from future parents who are downright fitful over the difference between Madelyn and Madeline. She says the shift toward secrecy is part of the heightened significance of baby names in general. Taha says she frequently is contacted by parents who tell her she is the "only person" they are sharing with.

Another website, Swistle.com/babynames, is turning a profit on the baby-name secrecy trend – for $50, parents can get a private consultation with an unbiased "name expert." Meanwhile dozens of baby-naming apps have launched just in the last year – because apparently we haven't replaced enough of life's interpersonal experiences with technology.

One of my closest pals had a baby last year, and in the months leading up we talked names exhaustively. It was all part of the fun and, because I am not totally socially inept, I chose to express fondness for the names I did like rather than recoil in horror at the ones I didn't. Of course, this isn't as easy if a friend point-blank tells you that she is naming her daughter Severine (one of the new hot names of 2013). Taha says the key is understanding when a friend is soliciting feedback versus just presenting happy news: "Unless someone is genuinely asking for my opinion," she says, "I'll just smile and be happy for them. They obviously like the name." 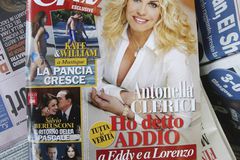 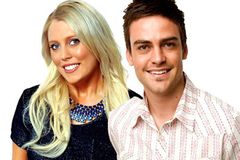