Andy Munro is on a mission, a mission to have his favourite Birmingham nosh recognized around the world.

"Balti was invented here - a curry cooked and served in a balti bowl," says Munro, who recently launched a campaign to copyright the name Birmingham Balti, and have it protected under European Union legislation.

"A true balti is a unique Birmingham creation."

Dunking a crisp chunk of sweet Peshwari naan bread - studded with raisins and almonds and glazed in honey - into my private pot of spicy red-sauced chicken chana balti, I'm inclined to agree. Sizzling and aromatic, this is like no curry I've ever tasted.

We're sitting in the cozy Shahi Nan Kabab, one of Munro's favourite Birmingham balti houses, along the edge of the famed Balti Triangle in south Birmingham. There are more than 40 balti houses in this mainly Kashmiri Muslim neighbourhood, where Pakistani fruit and vegetable markets, sweet houses and posh dress shops filled with glittering bridal lehenga crowd the high streets.

It's hard to pin down the exact origins of the balti curry, but with more Pakistani expats in Birmingham than anywhere else in the world, it's no surprise that it's a popular dish.

Munro, who grew up in this neighbourhood, says balti houses - a kind of fast, casual curry joint - began popping up in the 1970s, to serve a mainly male immigrant population, drawn to Birmingham for work.

Like today, the first baltis were served with naan bread for scooping up the saucy curries - no utensils needed - spawning another Birmingham specialty, the giant, table-sized Karack naan bread, made to share.

"Two or three restaurants lay claim to creating the first balti restaurant - it was like a fusion thing in a way, an informal café," he says. "It caught on because it was a new, exotic experience for Western customers."

Almost anything can go into a balti - the menu here ranges from meat and aloo or meat and bindi balti, to minced keema and prawn balti, chicken and spinach balti, even chicken tikka masala balti. Munro says balti cooks use vegetable oil, not ghee, to keep flavourings like chili, turmeric, methi and coriander tasting fresh and clean, then add lamb or chicken, onions, ginger and a touch of tomato-based curry sauce, spiced with their own secret masala.

But what defines a balti is the cooking method - fresh ingredients quickly stir-fried over a high gas flame in a special pan.

"Balti translates to bucket or vessel," Munro says, a reference to the light, flat-bottomed steel bowl - like a miniature wok - that's used to both cook and serve each balti, one serving at a time. Mine is blackened, like a cast-iron pot, when it arrives sizzling at the table.

While it resembles a wok - and the fast stir-fry method might be traced to the Baltistan region of Pakistan, along the Chinese border - Munro is adamant that it's a vessel unique to Birmingham, designed here in the neighbourhood.

"I have plenty of Pakistani mates and I've asked them to bring me a balti bowl when they travel home, but they can't find one," he says. "The balti bowl is a Brummie invention."

As we walk the main streets of the triangle - the heart of the district between Stratford and Ladypool roads - Munro points out his favourite eateries among the rows of brick terraced houses.

"Shabab, that's a balti to die for," he says, "and there's Punjab Paradise, and Al Frash, just a normal balti house, but a cracker one."

Of the many restaurants in the triangle, only a handful still cook an authentic balti, says Munro, adding Diwan, Popular Balti and Adil to his list of favourites.

At Raja Brother's halal supermarket, we peruse the aisles of lentils and spices, the chili peppers, eggplant and jagged bitter melons piled high along the street. Munro stops at Royal Sweets to indulge in their handmade carrot halwa and creamy coconut barfi, then heads to Uncles, a crowded variety and hardware store. It is the only place where you can still buy an authentic balti bowl from the family that invented it, Munro says.

"It all originated from here, designed and made by Mr. Santokh Singh, an engineer by trade," confirms Surinder Singh, proffering a simple version of the two-handled spun-steel cooking pan that sells for £4.99 ($7.60).

Munro, a full-time city employee who works to regenerate Birmingham neighbourhoods, has become the unofficial expert on Birmingham balti, writing The Balti Triangle - The Essential Guide and taking groups on Balti Break tours around the area. He also heads up the local Balti Association, and maintains his own Balti-Birmingham website.

Some chefs once dismissed balti - Madhur Jaffrey claimed it wasn't even a real Indian dish - though balti houses now have their own category in the annual British Curry Awards.

But for Munro, nothing beats Birmingham's simple, speedy balti, the perfect dinner for one for less than $10. And he's committed to keeping it pure and protected from second-rate imitations.

"It's early days, but I'm hoping we can get the name Birmingham Balti protected, because there's nothing like a real balti from Birmingham." 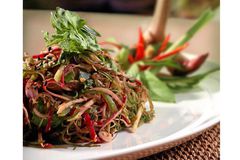 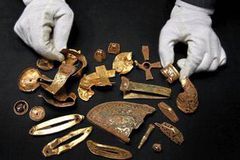