All of our friends asked, "Why are you going to Pittsburgh?"

The intentions were cultural: the Andy Warhol Museum, the Carnegie Museum of Art, the Cathedral of Learning at the University of Pittsburgh and the Mattress Factory (a contemporary art museum and experimental lab featuring site-specific installations). But things then took a swing from cultural to culinary.

It started the first afternoon. Should we get some exercise on a short run or go to happy hour? Happy hour won.

We ventured to what some might consider a dive bar. It's one of those places that has morphed into a bit of a hipster hangout: Kelly's Bar on Centre Avenue in the East Liberty neighbourhood. It has been around for many years, and Deirdre was behind the bar. After a couple drinks, she inquired as to how we ended up in Pittsburgh. To explore the city's culture and culinary scene, we told her. At that point, she started writing down all her favourite haunts in the city. When settling the bill, we learned that Deirdre had kindly comp'd a round of drinks and a bowl of mac and cheese. So began our adventure.

Before leaving for Pittsburgh, I sent a rather unorthodox e-mail to two restaurants. I know that if I want to find the best cooking, I ask a server. If I want to know where the best cocktails or craft beers are, I ask a bartender. And I already knew that Meat & Potatoes and Bar Marco were two ground zero venues in the Steel City. Remarkably, Andrew from Bar Marco in the Strip District replied with a list of his preferred venues. And he booked us a table for our first night in his town. After we enjoyed our meal (once again with a course comp'd), we asked Andrew (who we later learned was called "the Doctor" in the restaurant industry) if we could continue the evening together. So with Andrew's partner in tow, we ended up at one of Pittsburgh's most loved wine bars, Allegheny Wine Mixer, and then to a club, Spirit. I suppose we contravened one of those cardinal rules of travel: Don't go with complete strangers to unknown destinations. So ended our first few hours in Pittsburgh.

The next night back at our hotel bar, Wallace's Tap Room at Hotel Indigo, we shared the story of our first night in town with Cat and Ashley behind the bar. They howled with laughter. They told us that we had only been in the city a few hours and had connected with two of the most tapped-in people in the industry. They then proceeded to give us a list of all their friends and the restaurants and bars they worked at. These ladies had been in the hospitality business for a number of years and were anxious to connect us with their industry insiders.

Night two found us at Butcher and the Rye. This is one of those establishments where you can have a glass of Pappy Van Winkle 20-year-old bourbon for $150. Sitting at the bar, we determined that the man behind it might be one of the men on Cat and Ashley's list. The man, when not tending bar, could likely start as a defensive lineman for the Pittsburgh Steelers. I politely inquired if he might be Cecil. He was, and we shared our mutual connection with the women at our hotel bar. "I love those girls!" he said. As we were dining at the restaurant next door, Cecil asked if we could return after dinner, as he had a small favour to ask. We were certainly not prepared to courier anything illicit in Pittsburgh, but agreed to return.

As readers in the restaurant industry may know, there is a thing called a "boomerang." This is when a bartender mixes a cocktail and has it delivered to a friend working in another bar. We were now couriers on Pittsburgh public transit delivering a Boulevardier. When we presented it to Cat and Ashley, they simply went hysterical. It was their first "boomerang."

Bar and restaurant people tend to hang out together, so our intentions to visit other establishments got spread around. On our last night in the city we sat at the bar at Butterjoint on North Craig Street in the Oakland neighbourhood. Part way through our evening, Joe the bartender inquired: "Are you those Canadians in the city for six nights?" A few minutes later, Tim, one of the servers approached and asked, "Are you Canadian?"

People told us there is an aggressive friendliness to the people of Pittsburgh (and I mean this in only the kindest of terms). Where else would someone approach you at a bus stop and ask: "Where are you going?" "Downtown," we replied. After ruffling through his pocket, he produced two bus transfers. "I know this looks slightly illegal," he said, "but trust me, it's legit." Sure enough, the two bus transfers worked.

In a short period of time we were overwhelmed with hospitality and charm. Pittsburgh may be coming out of an economic recession, but they certainly deserve to be in the pantheon of great American cities by spreading the love.

Postscript: We did, in fact, make it to all of Pittsburgh's great cultural institutions.

What U.S. cities should I visit to check out great art scenes?
February 11, 2016 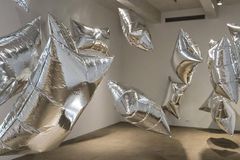 Taking a winter hike on a groomed trail in the serenity of the Swiss Alps
February 15, 2016 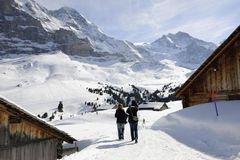 Finding the perfect Mandalay moment atop a Myanmar summit
February 15, 2016