As the old show tune goes, “You gotta have a gimmick.” For the Row NYC, the hook is to offer boutique-style amenities at tourist-hotel prices in the heart of New York’s theatre district. Formerly the Milford Plaza, it reopened last spring following a $140-million (U.S.) refurbishment of its guest rooms and public areas. The two-storey lobby is now set up as a café/lounge/restaurant space, with an upscale newsstand stocking international magazines, snacks and drinks. Complimentary Mac computers in the lobby, free WiFi in the guest rooms and toiletries from Pure by Gloss round out the contemporary vibe. 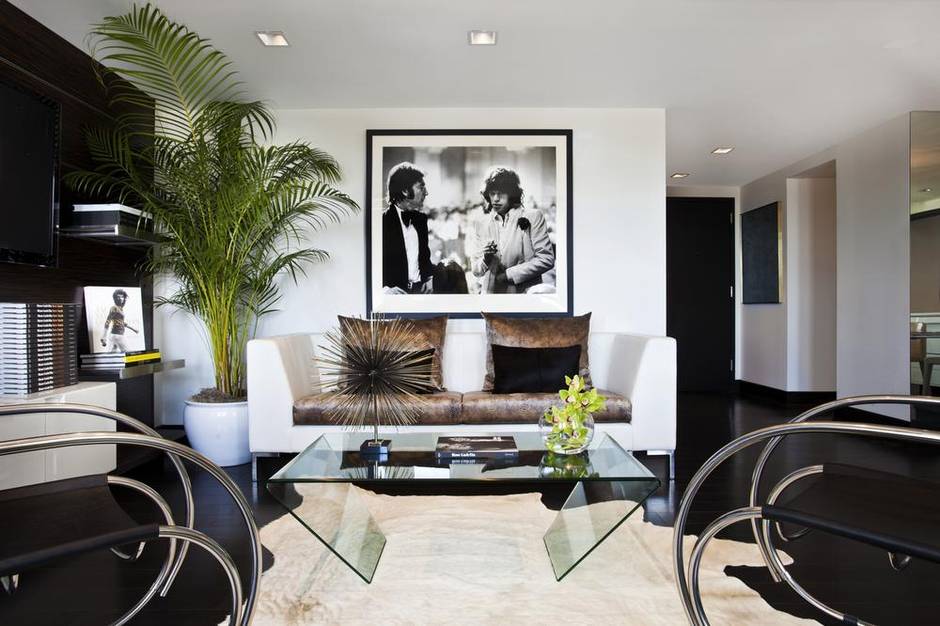 The hotel’s pop-art inspiration starts in the public spaces, where Ron Galella, one of the first paparazzo-style photographers, has supplied original digital artworks, and continues with guest rooms decorated in a minimalist white and industrial grey aesthetic with swaths of colour inspired by the subway lines – orange, in my case. Row NYC also includes practical amenities not always found in such design-centric spaces: nightstands with lights on both sides of the bed, a desk with an ergonomically friendly chair and adjustable light, and a luggage rack big enough for two rolling bags, with storage cubbies underneath. 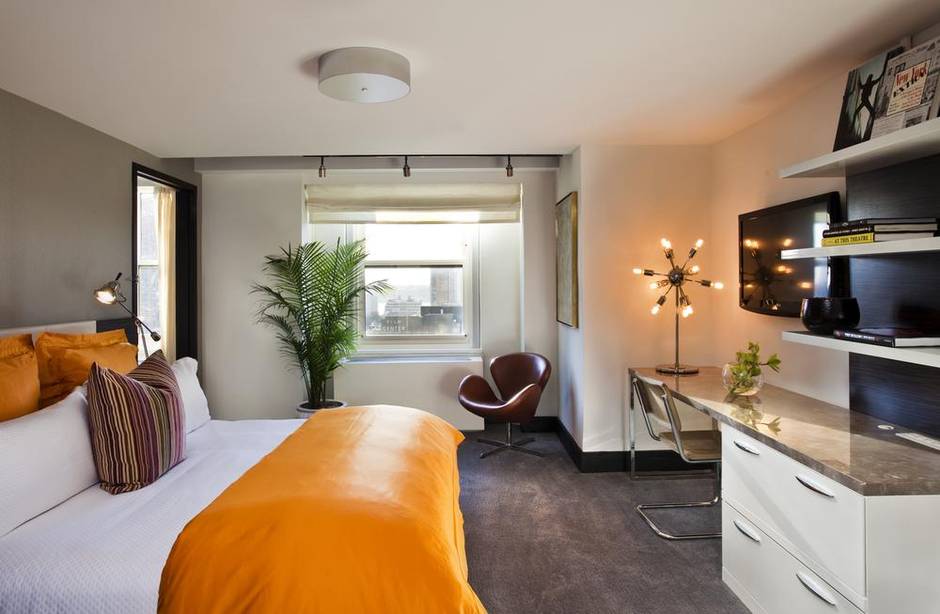 The high-traffic zone along Eighth Avenue near the Port Authority Bus Terminal isn’t the most scenic spot in Manhattan, but for convenience, it can’t be beat. Broadway theatres, Rockefeller Center and Midtown shopping are all nearby, while Central Park is within an easy stroll. Multiple subway lines converge at Times Square.

There’s no shortage of great dining options nearby, including a Hell’s Kitchen outpost of the popular ramen restaurant Ippudo. For those who wish to eat in, the District M lobby restaurant and bar starts the day with eggs, oatmeal and pastries and breads sourced from Payard, Balthazar and other top purveyors. By night, the space morphs into a dining destination for Neapolitan-style pizza, cheeses selected from Murray’s in Greenwich Village and charcuterie, paired with house-made cocktails, wine and craft beer. 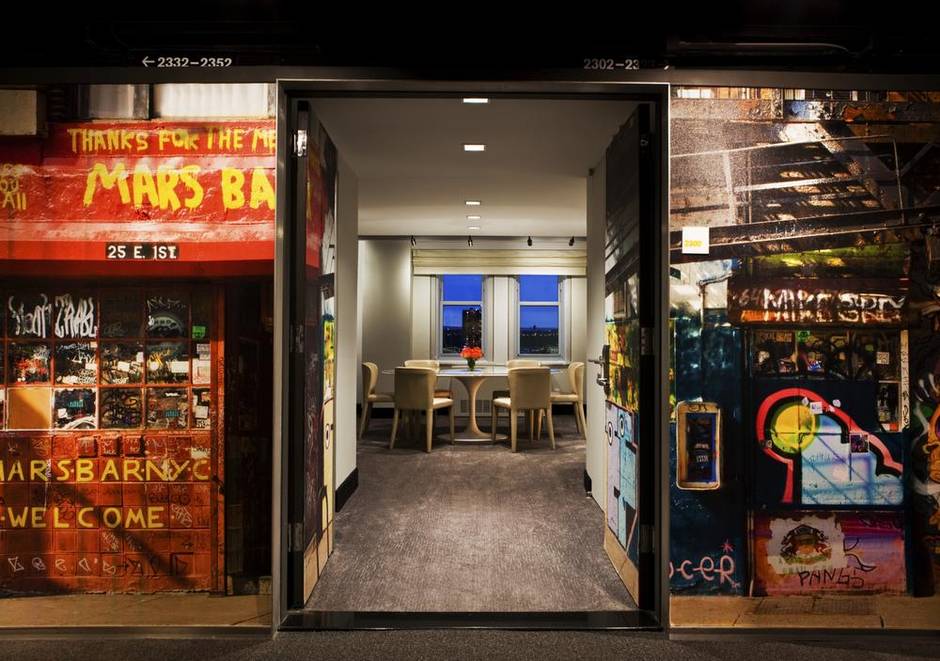 Just off the reception area is Iconic M, a branch of Soho News selling magazines from around the world and serving as a de facto minibar (guest rooms don’t have them) and source for toothpaste and other necessities. Although not quite as convenient as raiding one’s own larder for a late-night snack, the shop is much softer on the wallet. Drinks, granola bars and other snacks are priced comparably to what you would find in a drugstore or bodega. 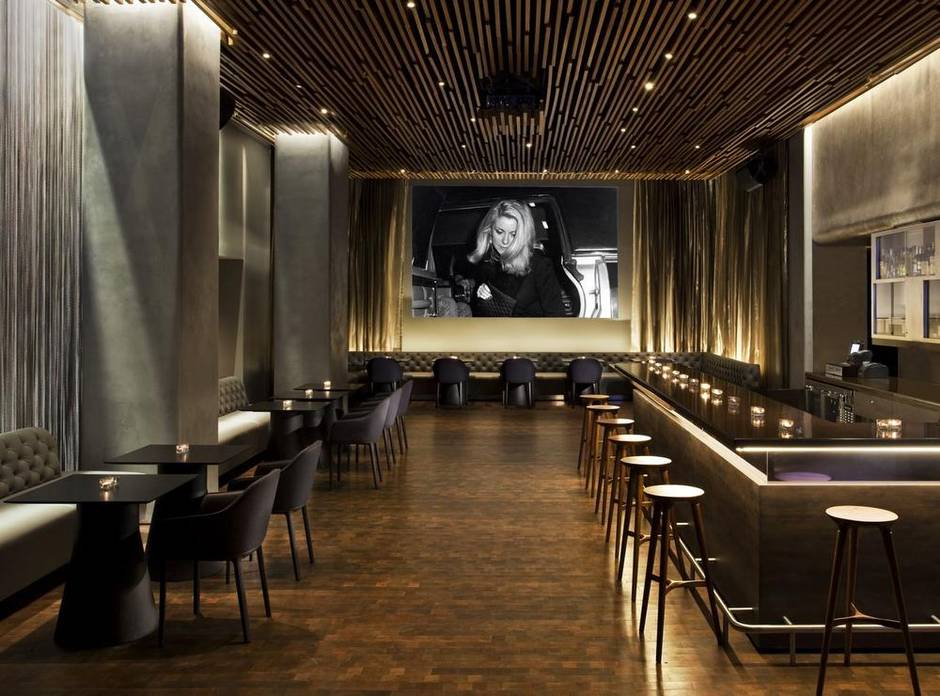 There’s definitely plenty of scene in the lobby, where guests congregate along the modern, backlit grand staircase, as well as a mezzanine space fronting 8th Avenue. The crowd leans toward young European visitors, sleek business types and the occasional granny on a holiday package.

Although the hotel aims for the personal touch, some niceties get lost in the largeness of it all. I asked for and received a 1 p.m. check out – the regular time is noon. When I returned at 12:30 to pack up, I found myself locked out. Three trips to the front desk later, I still couldn’t get in. Finally, security came to the rescue. The front desk staff apologized, but since I was on my way out, I sensed my situation didn’t rank as the biggest priority.