We decided that the best way to visit Sri Lanka would be a three-stage process. The first stage would consist of settling into the culture and time zone. That came to be on our first night at a nice hotel in Colombo. The second was to be our adventurous stage, where we would explore the island nation on the cheap and constantly on the move before we began phase three at a relaxing beach resort.

But at one point, I was sure we'd never make it to the resort.

We were travelling from Kandy, a large central city, to Nuwara Eliya, a small town high in tea country, on a bus. The bus should have seated, at most, 10 people. It was filled with at least 25.

At least my wife and I managed to get seats. Sure, they were crunched at the front with no legroom, but we got where we wanted to go. After a few days exploring the tea plantations, Horton Plains National Park and the local culture, we needed to take a longer bus ride to Galle on the southern coast. We would have rather taken a train, but it's impossible to build a track into these mountains.

So, we boarded another local bus. Like before, there were many more passengers than there were seats. This bus, however, also had the "advantage" of being decorated to look like a cross between a Buddhist shrine and a 1980s Florida disco. There was loud Sri Lankan disco music blaring from large speakers all around the bus. Your senses were assaulted before it even started moving. This was the "first-class" bus. The station manager in Nuwara Eliya had convinced us to upgrade from second-class. I wondered if maybe the second-class bus might have had a little less bling.

Off we went, working our way down the steep and treacherous mountains of Sri Lanka's tea country. At first, it was fairly calm and easygoing. I even thought it was charming that our bus conductor would drop a few coins at each temple and say a little prayer. Little did I know how important those prayers might be. After about an hour, the bus started to fill up, and the speed increased. The quality of the roads started to decline and the height of the cliffs seemed more and more dangerous.

We approached a sharp turn with cliffs on both sides: one was a sheer rock wall; the other a sheer drop. We took the turn fairly fast, with traffic heading straight for us. Our wheels screeched and the bus leaned pretty heavily. I'll bet only two wheels were touching the ground. I had the window seat, and the window was open. The large group of people standing on this bus heaved into my wife, who then heaved into me. I found myself halfway out of the window. That's when I realized I didn't have to worry about hitting a tree or telephone pole: I didn't see road. All I saw was down. Several hundred feet down to the bottom of the mountain. I hung on for dear life and figured that this was the end. Eventually we made another turn, and I was thrown back into the bus.

I should mention that in Nuwara Eliya, a cab driver asked us if we wanted a lift to Galle, which would cost about $100. But the bus was going to cost about $3 and since this was the adventure part of our trip, we chose the bus.

As I pulled myself back in after that turn, I looked at my wife with what must have been sheer terror. "Well," she grinned. "If we live, we'll have a really cool story to tell."

Living abroad in Europe, I wanted to help refugees waiting in limbo
June 2, 2016 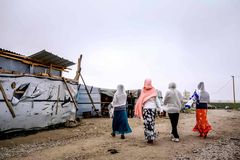 When my conscience finally trumped my camera
May 12, 2016 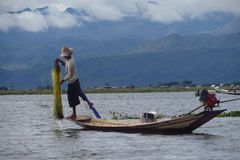 Music is a perfect way to break the ice when you're travelling
March 28, 2016 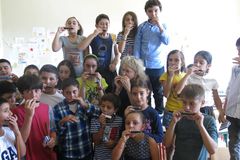