Here is how my friends and I approximate democracy: seven of us, sitting in an east-end Toronto basement, cornering a lone pal and screaming at the top of our lungs about how dumb it'd be to go to Walt Disney World.

This is the formal proposal process for our annual guys' trip. It is not a clean or easy affair. Billy, who's bidding for Disney World, can't get a word in above our profanity. Tyler's voice rises up when he realizes we could time Orlando to go to WrestleMania, too. He is quickly shot down. The room is in wild disarray. Adrian, his face covered in wing sauce, bows his head in dejection as Tom takes his picture: "I hate this. I hate it here."

The group of us are in our vacationing prime. Straddling either side of 30, we have no kids and, for once, a reasonable amount of disposable income. But because this window is short and mortal, the arguments get fierce and nothing is easy – requiring the kind of formalized bureaucracy generally seen at a United Nations assembly. And besides, after more than a half-decade of voyages together, refining our yearly jovial screaming matches into a science preserves our sanity.

So we've learned a few things. Here is how to plan a vacation for a giant group of poorly organized adults – without killing each other.

Preparedness starts with everyone being on the same page. It's why we're all shutting down Billy for suggesting Disney World. His is the first of four Olympic-style bids for 2017. Lisbon, Berlin and Warsaw round out the group.

Having a formal bid process – requiring preparation and, often, a PowerPoint slide deck – means readiness and rationality can win the day. In 2014, we had to cancel plans for our annual trip because we opened it up to too many people and never formalized the planning.

Anyone can pitch a destination, but winning the annual bid requires research. Chris, the host, comes with a PowerPoint pitch for Lisbon that (I feel) is strong in emotion but light on details. Jeremy makes a dark-horse pitch for Warsaw with lots of numbers, but no A/V. I'm confident in my own proposal: A priced-out presentation on Berlin, bookended by nonsensical jokes about the band Korn.

Each city is far more suited for childless adults than a theme park. Chris's presentation captures the tone and feel of Lisbon – beaches, cheap beer, direct flights – while I hew to specifics: Berlin's history, museums, connections to music culture (sup, Bowie?) and its like-minded millennials. Jeremy talks for five minutes about how cheap Warsaw is.

I'm confident in my bid, especially since Jer sounds unprepared. But that's only until he reveals the price of a beer in Warsaw: usually no more than $2.50 (U.S.). After discovering the heinous cost of beer in Reykjavik during our trip last year – upwards of $10 – I should have thought to include it. The key to a good pitch is knowing your friends and highlighting what they want. I start to worry.

With a large group, you've got to be strict and fair in your decision making. And while we're generally open to new friends coming on the trip, you've had to put your money where your mouth is to be eligible to vote. That's why we have a hard rule: Only friends who've both been on one of these trips before and plan to attend this year get the privilege of voting.

It takes 50 per cent of votes plus one to win. Before presentations even take place, we remind ourselves each year that no matter who gets the majority, all participants have to support the winner. It's a peaceful transition of power that saves a lot of complaining.

Now I'm worried about being a sore loser myself – I can't believe I forgot Berlin's beer prices. With solemn faces, we fill out our secret ballots and throw them into a hat. There's eight of us voting. First three go to Berlin. I stop stress-sweating.

I jump atop my seat and crouch in anticipation for the final vote.

It's Lisbon. Four votes each.

Now it's about finding new allies. Billy, his Orlando bid abandoned, joins me in challenging Chris on his lack of specific things to do in Lisbon. "There's a huge castle outside the city that's apparently a cool day trip," Chris responds, fumbling, in my eyes.

I point out that Germany has castles, too. He calls Lisbon the "European San Francisco." We tell him we don't want to walk up hills all day. He starts flicking through his phone. His eyes widen after a few seconds: "You can charter a boat."

"That might sway my vote," our friend Mike chimes in. Then, after a pause: "Can you even drink on boats?"

I counter – "Well, you can drink on boats in Toronto."

The ensuing argument turns into another screaming match. Chris's wife comes down to check if we're okay. We calm down and divert the conversation to the length and time of the trip.

Figuring those details out is crucial when you're travelling with a big group. Pick the wrong month and, depending on the country, you're sweating buckets or surrounded by students. The duration is even more important.

After a pseudo-scientific study of a subset of our trips from the U.S. South, I can announce that the only good length for an international trip with a large group of adults is six days and five nights. On our trip to New Orleans, four nights made us feel like we were missing most of the city; in Nashville, eight days together made us want to strangle each other. There is literal and existential safety in the middle ground.

That was an easy choice this year. Six days, five nights, no sweat. But a vacation battle hinges on another logistical query: When is the cheapest and easiest to get there? This became a deciding factor in the second round of voting in Lisbon-versus-Berlin.

In an effort to keep all arguments limited and neutral, Chris and I were given exactly 30 seconds to make our case again. While I laid out the specifics of fun in Berlin, Chris, who had been scouring travel websites as we argued, pointed out how many direct flights, and how much cheaper, it'd be to get to Lisbon. We might not even need to take a red-eye. His point is convincing, and I'm scared for my bid again.

We vote once more and it's just like the last time: three votes Berlin, a bunch for Lisbon, one more Berlin and we're tied. Adrian proposes a bold amendment to the rules, implementing a third round with a potential tie-breaking vote: Our WrestleMania-loving friend Tyler, who can't come in 2017 but attended a previous trip, and has spent the last two hours gleefully loading up on snacks.

Another 30 seconds of pleas from each bidder. Chris makes the case, yet again, for the affordability of Lisbon. I try to point out flaws in his logic that cater to my chances: that he hadn't suggested enough specific things to do in the Portuguese capital; there's no point in calling it cheap when our cost estimates were for different months; and even so, that it's at least six months away, giving us time to save extra cash for the trip anyway.

Two friends agree to independently search for flight costs each city for the same weekend in June. Berlin winds up being more expensive, but only by $250. We go to a third round of voting.

So we look to Tyler, the ultimate swing vote, as the final secret ballot is unfolded.

Things to do when planning a trip with friends

Start early: For a summer trip, pick your destination in late November or early December. You can start scouring for cheap flights early in the new year.

Get comfy: Find a place roomy enough to fit everyone who's voting. Make sure the host's partner is understanding and calm, in case screaming matches erupt.

Budget well: Google Flights is remarkable at aggregating the aggregators for quick flight pricing. At the very least, look up the cost of a beer on priceoftravel.com.

Keep talking: Once you've picked a spot, organize a group chat or e-mail thread to stay in contact and suggest things to do as the trip approaches.

Book together: One person booking all flights ensures no screw-ups. Consider it an opportunity to earn a zillion credit-card points.

Be flexible: Even if they don't vote on the trip, let new friends in on your travel details so they can join too. If they put in the work and show up, give them a vote next year.

How to get the most from your all-inclusive getaway
February 2, 2017 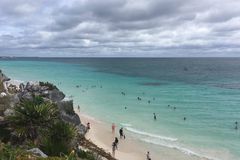 Take to the skies and mountains to experience Rio’s greatest highs
January 19, 2017 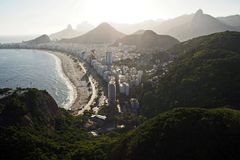 When real life intrudes on your fantasy vacation
January 5, 2017
Follow Josh O’Kane on Twitter @joshokane
Report an error Editorial code of conduct
Due to technical reasons, we have temporarily removed commenting from our articles. We hope to have this fixed soon. Thank you for your patience. If you are looking to give feedback on our new site, please send it along to feedback@globeandmail.com. If you want to write a letter to the editor, please forward to letters@globeandmail.com.
Comments