The menus of Martinique read like those of bistros that have run off to the islands: crepes stuffed with minced conch, seafood cassoulet, marlin tartare. And aside from all that sun, you can see why chefs would want to work here. The fish dishes are prepared with the morning catch, and rich volcanic soil helps produce top-grade fruits and vegetables.

Then there's the locally made cane rum. Unlike the juice poured into your average mojito, largely made from industrial molasses, rhum agricole, or agricultural rum, is made straight from sugar cane.

In fact, it's so pure it's generally served straight up in a snifter so it can be swirled and savoured. It's even AOC (Appellation d'origine contrôlée) certified, meaning that it's regulated by the same French body that governs wine, cognac and cheese. Like cognac, the rum is aged in oak barrels and, depending on how long, rated VS, VSOP or XO - at least 10 years for the latter.

Much like the Routes des Vins in France, this epicurean treat has also inspired a Route des Rhums, which visitors can follow to see how the cane rum is distilled and meet the people who make it.

The most intimate experience I had was in Le Carbet at the Neisson distillery, one of the last family-run facilities in Martinique. Just as I arrived to meet the owner, Claudine Neisson Vernant, a truck pulled up with freshly cut sugar cane. So fresh, according to Neisson Vernant that it still "has its feet in the earth and its head in the mill."

I asked for a piece of the raw cane and the driver hacked off a short section with a weatherworn machete. The cane was sweet, of course, but also crisp and refreshing. I chewed its stringy fibres as the driver emptied the cane into the mill, on its way to becoming pure rum.

Next up was one of the oldest distilleries on the island, the Saint-James. It has a museum on the history of the spirit, which dates back to the 18th century when plantation labourers made it in their barracks. Every December - the beginning of summer in Martinique - the Saint-James also hosts a rum festival.

Another key stop on the Route des Rhums is Habitation Clément, an estate that produces one of the best-known brands of rhum agricole. Visitors can make an appointment to tour the grounds, including the barrel storage facility, bottling centre and a small patch of cane field. The old distillery has been restored, as has the Clément family's former home, a colonial manor preserved to depict Creole life in the mid-19th century.

But a trek along the Route des Rhums shouldn't end with the distilleries. In Martinique, rhum agricole is also the foundation of many recipes - from the slow-cooked chicken rubbed in rum that's found in open-air markets and along highways to local takes on classic French dishes.

Plein Soleil, a hotel and restaurant on the east side of island, serves some of the best examples of contemporary Martinican cuisine. Chef Nathanael Ducteil studied under Alain Ducasse in Paris, returning to adapt what he learned to the Creole palate. His dishes include fresh lobster flambéed with a straw-colored rum.

At Le Petibonum, meanwhile, a hip beachside lounge in Le Carbet, cocktail hour begins with ti-punch (the name is Creole for "little punch"), made with white rum sweetened with pure cane syrup and a twist of lime. From there, rum is drizzled over grilled Coquille Saint-Jacques, and provides the base for a simple soufflé. The lounge also has a good selection of rare and older rums.

Such delights certainly explain why Napoleon's bride Josephine, born and raised in Martinique, thought rhum agricole was worth introducing to the world. Or at least that's the legend.

Still, if you're a serious spirits connoisseur, why not go right to the source? Just be sure to get a lift along the Route des Rhums.

St. Barthélemy: A wilderness about to be tamed
February 19, 2010 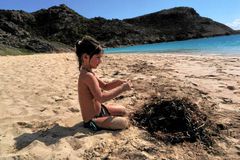 Ecotourism takes off in the rain forests of Suriname
November 29, 2008 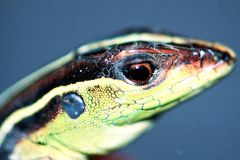 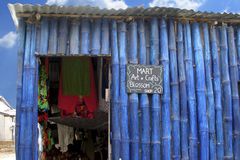