She is an Olmec divinity associated with maguey, the spiky agave plant that is the source of mezcal - a fiery spirit often produced in backyard stills. Just a few years ago, none of the artists or intellectuals in this stylish neighbourhood would have been drinking mezcal, once derided as a form of moonshine that would render drinkers blind.

But on a recent weeknight at the bar Oh Mayahuel, public-relations executive Paola Desentis is happily sipping tobala, a mezcal with smoky and earthy undertones, made from a species of wild maguey. Between sips of her new favourite drink, she says: " Soy mezcalera." Or, roughly translated, "I'm a mezcal fiend."

She's hardly the only one saying that in Mexico City these days, as a younger generation of artists, intellectuals and professionals embraces the traditional beverage. Today, bartenders in mezcal-only watering holes pour straight shots of mezcal for more than $10 each, mix mojitos with mezcal instead of rum and make mezcal martinis with ingredients such as cucumber and blackberries.

Oh Mayahuel is one such place, barely a year old but famous for stocking at least 35 varieties of artisanal mezcal. In the dim interior, the deep red walls are adorned with fat, glass jugs used for aging mezcal and costumes worn at celebrations in mezcal-producing regions of southern Mexico. A clientele of well-dressed young professionals sips cocktails and takes in live jazz.

Outside, a weekend market featuring fortune tellers, Rastafarians and nuns selling rompope (a form of eggnog) unfolds across from Oh Mayahuel's patio.

Farther afield, the area has a bohemian feel. Pedestrians amble the cobblestone streets lined by walled compounds and locally run businesses such as the El Jarocho cafés, where patrons, clutching cups of Veracruz coffee, pore over daily copies of La Jornada - the bible of the Mexican left. Tourists stream in by the thousands to visit the Casa Azul - Frida Kahlo's childhood home - and the Trotsky Museum, where the Bolshevik revolutionary lived until he was killed in 1940.

Coyoacan's history dates back to Aztec times, and some of its less-popular denizens included Hernan Cortes and his translator/mistress, La Malinche, whose name has become associated in modern Mexico with traitorous acts and forms an epithet - malinchista - for those who prefer all things foreign to domestic.

Oh Mayahuel managing partner Pedro Sanudo says a decline in malinchismo has spurred the popularity of mezcal, along with the growing profile of Oaxaca - a prime mezcal-producing state - and a new wave of socially responsible consumers looking for organic products and ways to help the perpetually struggling rural economy.

But much of the credit for the current popularity of mezcal in Mexico City is credited to a chain of hole-in-the-wall mezcalerias - as mezcal bars are called - known as La Botica, or The Pharmacy. The decor at its flagship location in Colonia Condesa is typical cantina, with metal Corona beer chairs, an old-school cash register on the counter and tunes blaring from the jukebox. Mock medicine bottles with mezcal labels line the shelves behind the bar.

La Botica originally began in 2005 with two outlets mere blocks from each other in Condesa, an area of sidewalk cafés, chic lounges and new apartment developments that was popular with artists and then wealthier professionals.

More outlets quickly popped up across the city as the long-overlooked provincial tipple caught on. For some, the appeal was a kitschy affection for old-style cantinas. "It reminded me of the bars in Condesa 15 years ago," documentary film producer Elisa Bernard says of the cozy feel in La Botica.

As for the main drink, she has guidelines: "At least one ... but no more than three," she says, wincing at the thought of a tough mezcal hangover.

Her boyfriend, painter Javier Arean, comes purely for shots of mezcal, although he bristles at the younger, preppy crowd that sometimes pops in. Yet he admits that he once knew little of the drink and, like many in the capital, he's still condescending toward the regions that produce the firewater. "Everything that's important is here in the capital," he says

Residents of the outlying provinces often view Mexico City with equal disdain, as the megalopolis of 21 million dominates the cultural, business and political life of the highly centralized country.

But provincial influences are visible in Mexico City as clearly as the mariachis decked out in cowboy costumes playing in Plaza Garibaldi. Painter Hector Vazquez wanted to draw on a provincial vibe when he opened El Mestizo in the Colonia Roma, a neighbourhood adjacent to Condesa.

Colonia Roma was devastated by a 1985 earthquake, but its abundance of art nouveau architecture, squares and independent stores draw artists, writers and foreigners - especially journalists and English teachers - abandoning Condesa because of gentrification and rising prices.

Vazquez caters to this new demographic at El Mestizo, a cozy, three-room establishment on a side street, where rotating art displays cover the walls and patrons lounge on stools and deep couches while sipping mezcal shots and apple-cucumber martinis. Last call comes at around dawn - or whenever the last patron stumbles out the door.

Even with scenes like this marking the rebirth of mezcal, it is sometimes referred to as "tequila's poorer brother." That kind of talk chafes at San udo, who observes that tequila is also made from a type of maguey and that it previously masqueraded under the name "Mezcal de Tequila."

Mezcal "is as sophisticated as any wine," he says, because of the varieties of maguey used to make the drink, the different growing regions and the acumen of local distillers. In fact, as with wine, the names of the mezcal varieties often reflect production differences - pechuga mezcal, for example, involves hanging a chicken breast inside the still, while gusano mezcal has a worm dropped into the bottle - or, in some cases, the region where the spirit is made.

Sanudo, who bottles mezcal under the Alipus label, frequently plies the rutted roads of Mexico's mezcal-producing regions in search of small distilleries known as palenques along with unsung distillers, who often bring generations of experience to the craft, but little commercial know-how.

He heads into places like San Juan del Rio, Oaxaca, an indigenous Zapotec pueblo tucked into a misty valley an hour's drive from the main highway. There he found Don Joel, an elderly Zapotec with a thin mustache and weathered sandals, who couldn't recall how many generations his family had been making mezcal. Sanudo purchases much of Don Joel's liquor and takes it to Mexico City, but most mezcal is sold locally or from roadside stands for low prices - perhaps $10 for a litre, depending on quality and middleman's markup.

Those times are changing - especially for the artisanal producers. Sanudo says many of them can't easily meet demand, since the natural fermentation process can take nearly a month, and the number of distillers is gradually shrinking. Industrial operations are also trying to leverage the burgeoning appeal of the suddenly popular drink. Sanudo sees peril in cut-rate mezcal potentially ruining the market before it truly gets established.

"It's hard not to fall into a fad," he says almost ruefully.

However, new mezcaleras such as Paola Desentis might save the day - one shot at a time. Over a mezcal shot and plate of warm tacos served with a thick salsa, she says she will continue sipping only artisan mezcals - "I've always been an ethical consumer" - and not just to be cool.

"I wouldn't drink something that I didn't like," she says.

WHERE TO EAT AND DRINK

Mellizo Lonch, Alvaro Obregon 179, Colonia Roma; no phone. Open Monday to Saturday. Draws a younger crowd for both mezcal and pulque, an Aztec tipple that is definitely an acquired taste. 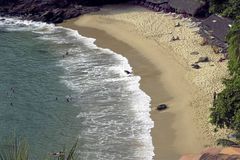 From tequila to tarantulas: Beyond Baja's bar scene
March 28, 2009 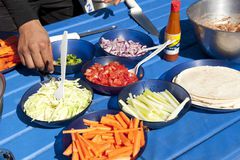 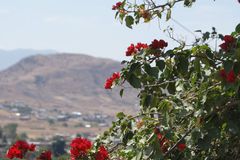