Award-winning chef David Hawksworth's newest eatery is so exclusive that you can't make a reservation, nor are you even likely to notice it's there if you aren't looking for it. Situated down a hallway adjacent to a Relay magazine stand and up an elevator inside Toronto Pearson Airport Terminal 1 international departures, the menu at the sit-down restaurant features many of the dishes that have made the Vancouver chef famous, from crispy, spicy Korean fried cauliflower to Hawksworth's namesake burger and other classics such as soy-marinated sablefish with bok choy, mushrooms and bacon dashi, prepared à la minute.

But if you think you just saved yourself a flight to Vancouver, think again: the restaurant, part of Air Canada's new Signature Suite, is only accessible to passengers with paid international business-class tickets. That's right – status, a confirmed upgrade or points business-class ticket, or even the right premium credit card won't be enough to score you a table.

The new lounge, which opened Dec. 1 and also offers a buffet that's a step up from Air Canada's suddenly ho-hum-seeming Maple Leaf Lounge, bar snack menu, cocktails and flowing Moët & Chandon, is the latest in a recent spate of openings not accessible to your average flyer. American Airlines introduced Flagship First Dining at JFK airport – available only for passengers flying first class from the United States to Asia, Australia, Europe or South America or from New York to Los Angeles or San Francisco. And there is also Classified, a secret, 36-seat restaurant tucked behind the back of Saison, a French restaurant in Terminal C at Newark airport that's accessible by invitation only (you can log onto United's Classified portal with your United MileagePlus frequent-flyer number to see if you're eligible).

While exclusive airport dining rooms aren't really a new thing for superpremium international airlines, the trend is finally landing in North America as perks once reserved for only the most elite flyers become more democratic than ever: credit-card benefits mean business-class lounges are consistently packed, and because of upgrade auctions and last-minute sell-offs, many seats in the front cabins of airplanes go for much less than they used to. In other words, airlines need a way to differentiate and reward the big spenders.

And there's another reason you may not have thought of. "Premium cabin travellers place great importance on sleep when travelling long-haul," says Ramsey Qubein, a travel writer who flies more than 400,000 miles a year and who holds top status with all three North American alliances. "British Airways and Virgin Atlantic have long had preflight dining options that allow travellers to board and go right to sleep. North American airlines are catching on."

A foolproof way to get a decent plane meal: travel tips from chef Curtis Stone
November 30, 2017 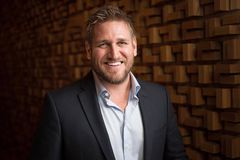 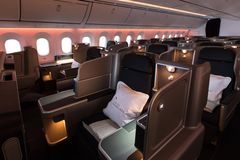 Fancier food on the menu at Canadian airports
May 23, 2017
Follow us on Twitter @globeandmail Opens in a new window
Report an error Editorial code of conduct
Due to technical reasons, we have temporarily removed commenting from our articles. We hope to have this fixed soon. Thank you for your patience. If you are looking to give feedback on our new site, please send it along to feedback@globeandmail.com. If you want to write a letter to the editor, please forward to letters@globeandmail.com.
Comments are closed