"Don't be afraid to be yourself: Pretend the camera is your best friend and you're having a casual conversation together," says YouTubing travel blogger Sam Jeffery. "It can be quite an unnatural feeling at first, but with time and practice you'll get to where you don't even notice it."

Before tapping your inner Anthony Bourdain, though, you'll need the right gear – whether it's the latest GoPro or an app-loaded iPhone. "I recommend a camcorder over a point-and-shoot or DSLR," Jeffery says. "They're image stabilized, have built-in microphones and offer better zoom capabilities. The Sony HDR-CX405 can be had for just over $200 [U.S.]."

Alongside apposite equipment, editing is vital for making videos that might appeal beyond your immediate family. "Take time to edit your footage properly. You don't need top-of-the-line software – programs like Windows Movie Maker allow you to edit, add transitions, record narration and select music."

Husband and wife bloggers Micah and Jenna Kvidt suggest building audiences for your videos by promoting them via social media and establishing an online base. "Creating a YouTube channel is a good idea because it helps you develop a brand and a personality," Jenna says.

Length-wise, she says videos should be between one and three minutes, adding that having a game plan before shooting means you won't waste time on extraneous filming – and you won't have hours of footage to wade through.

And while you might think your mellifluous tones are audio enough, a fitting soundtrack is also worthwhile. "We feel that music is really important. It can add emotion and enhance a video's look and feel," Jenna says, pointing to royalty-free sites, such as audionetwork.com and premiumbeats.com.

Sound is something newbies often neglect, agrees Cailin O'Neil , who started her site to keep her family apprised of her travels but has since developed it into a showcase for entertaining trip videos.

"Be mindful of background or wind noise and make sure we can hear if you're speaking. If you add music, make sure its volume is consistent with the rest of the video – watch it with your eyes closed and listen and tweak the levels when you hear them getting louder than one another," she says, adding Apple's iMovie and Sony Vegas as alternative easy-to-use editing tools.

Equipment-wise, keeping the camera still with a tripod, Gorillapod or good stabilization built into the camera is key, O'Neil adds. And while a shooting plan with a beginning, middle and end is important, you should also be flexible. "Anything can happen so don't be afraid to go off the plan."

When it comes to camera techniques, though, there's no need to channel Orson Welles. "Try to avoid zooming. But if you must, do it before hitting record. And if you're panning, do it slowly so you don't make viewers dizzy," O'Neil says.

She offers one final suggestion before you upload to the unforgiving Web: "Have a friend watch it first – another set of eyes helps you see if you missed something. For me, a great vacation video is short and to the point, but it's also one I'm entertained by and might learn something from. [It needs to] both grab my attention and keep me watching."

I attempted this with my own videos a couple of years back (there's one here). But I also benefited from the excellent editing skills of cameraman Jeff Topham. We followed Jenna's general video-making advice: "Have fun! If you're enjoying what you create, it comes across to the viewer and you'll end up with a much better end product."

O'Neil adds that the trip itself is much more important than shooting it. "If making the videos becomes work, you won't be enjoying your vacation. Sometimes you just need to put the camera down and be in the moment."

"We'd like to take the kids on a Canadian road trip and want to visit some historical sites. Where should we go?"

Send your ideas to concierge@globeandmail.com

We’re visiting Amsterdam and want to go biking. Where should we go?
July 2, 2015 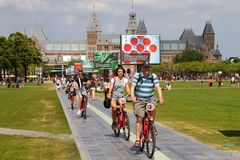 Where you can get away from the tour buses in the Canadian Rockies
June 18, 2015 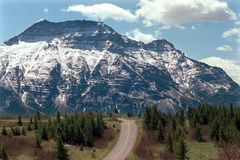 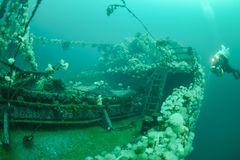