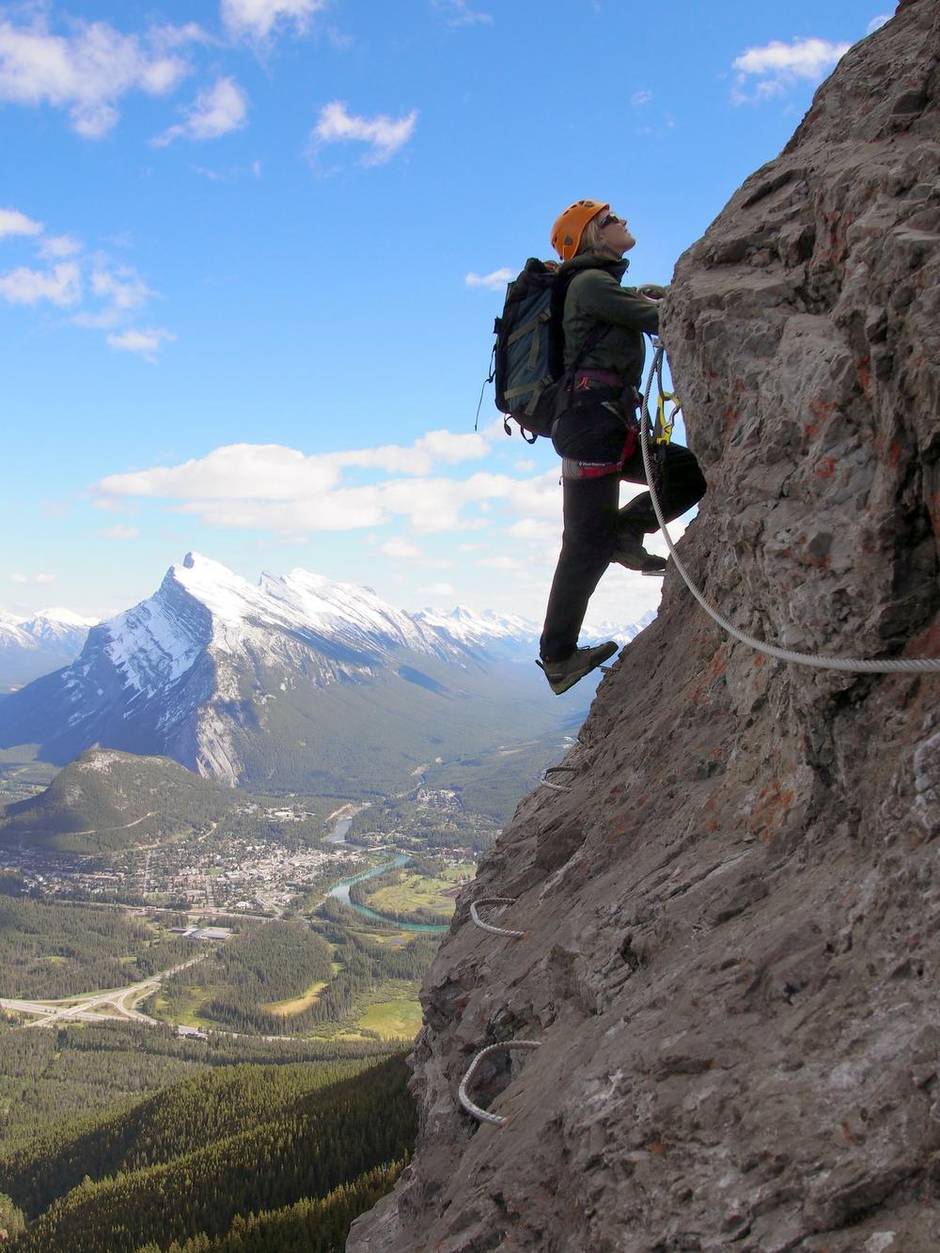 Climbing the via ferrata at Mt. Norquay in Banff National Park. (Adam Bisby)

From where I’m hanging, on a sheer cliff face some 700 metres above the town of Banff, Alta., it’s clear that my scaling skills are about to be tested like never before.

Conquering Mount Norquay’s new via ferrata “is like climbing a series of ladders,” the ski resort’s website says. But I’m not scaling the brick walls of my Toronto semi here. Alongside an alpine guide and two other guests, I am making my way up and across 260 vertical metres of Rocky Mountain limestone – that’s half the height of the CN Tower – while tethered to a novice-friendly network of steel cables.

The first and only via ferrata in a Canadian national park is the centrepiece of Norquay’s revamped summer operations. These resumed in early June after a 25-year hiatus, with a double chairlift carrying sightseers, diners and climbers to the Cliffhouse Bistro, a Mad Men-era eatery with glorious panoramic windows, a menu of locally sourced cuisine and an avalanche-proof roof.

It may have been delicious, but my charcuterie platter is forgotten as soon as Memorial Slab looms into view. After our thirtysomething guide, Erica Roles, delivers a short tutorial on the carabiner-equipped “leashes” tethering us to the via ferrata – that’s “iron road” in Italian – we trek around the Cliffhouse and apply our new skills to the first of three cliff faces on the four-hour Ridgewalker Route.

“If you’ve made it this far, you know you can do this,” Roles says as I step onto a rocky outcrop on the far side of the precipice. 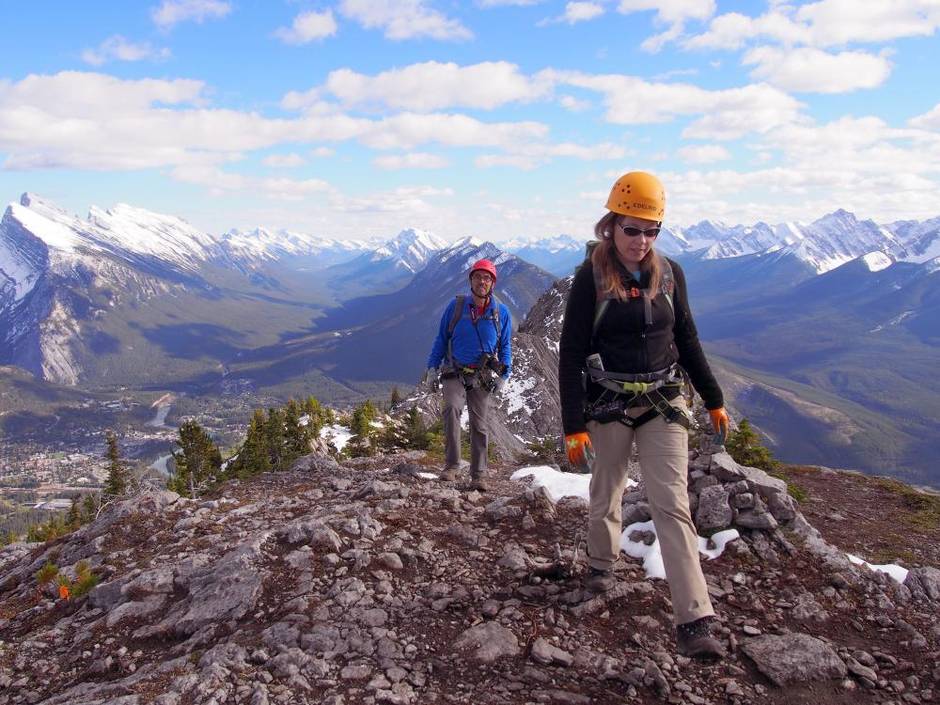 “Do many people bail out?” I ask reflexively, visions of rescue helicopters dancing in my head.

“A few,” she replies. The Memorial Slab roots out acrophobes sooner rather than later, as anyone with an aversion to heights will find the course challenging, if not insurmountable.

We reach Cliff No. 2, Solo Slab, after crossing a swaying suspension bridge and a few wooden balance beams.

By now, the rhythm of searching for support, unclipping and securing the carabiners, and pulling myself up and along has taken hold. I no longer feel awkward – or terrified for that matter – as Roles calmly relays instructions and encouragement. Natural hand- and foot-holds abound, with steel steps, handles and rungs embedded in the rock at comfortable intervals. Still, the via ferrata is not for everyone. Apart from weight and age restrictions – 35 to 140 kilograms and 12 years and up – it requires more than a little strength and stamina to negotiate the aforementioned ladders.

We pause to rest and rehydrate in a small pine grove at the top. This is where the two-hour Explorer Route heads back to the base area; it’s where I devote my full attention to stunning views of famous peaks such as Cascade and Rundle. 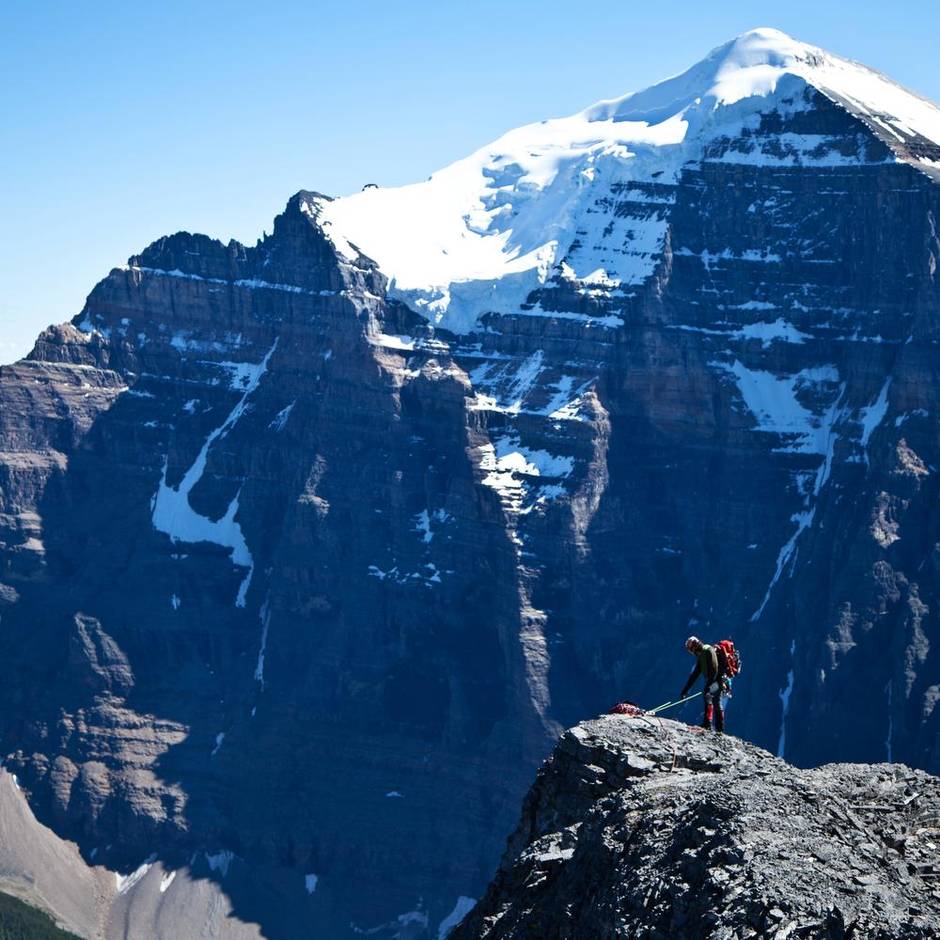 Invented in the Dolomites in the 19th century – initially for Italian military purposes – hundreds of recreational via ferratas are scattered across Europe today. Their numbers are growing in Canada, too, with courses in Whistler, B.C., on Mount Nimbus in the Columbia Mountains, and near Nordegg, Alta., to name just a few locations. Norquay’s route, meanwhile, has proven so popular that an expansion is planned for next season, spokesman Simon Moffatt says. The current 1.4-kilometre configuration was installed in just three weeks last fall by the Quebec arm of Prisme Group, a French company that has added several via ferratas to Canadian cliffs in recent years.

As with the Glacier Skywalk in nearby Jasper – another high-profile 2014 addition to Canada’s national parks – the million-dollar, eight-year assessment and planning process that led to Norquay’s summer reopening drew its share of environmental criticism, Moffatt says. But this has eased “to almost nothing,” now that the end result is up and running, and residual benefits to wildlife and visitors have become apparent. To allay Parks Canada concerns over increased traffic on the winding access road, he explains, the resort provides free hourly shuttle service out of downtown Banff in summer. And with hiking to the top of the ski area now forbidden, there has been a sharp increase in bear, big-horn sheep and elk sightings – and all from the safety of the chairlift and fenced-in viewing platform.

Speaking of chairlifts, they are starting to sound appealing as we approach the final steep ascent. The overhanging Vista Buttress may be aptly named – what with relentless Rocky Mountain scenery stretching to the azure horizon – but it’s hard to savour the view when there’s nothing but increasingly thin air above, below and behind me.

“Climbers call this ‘full exposure,’” Roles says nonchalantly when she reaches the top. My heart, on the other hand, is going full tilt when I finally get there.

We clip our carabiners to our backpacks – they’re only used occasionally on the trek toward Mount Norquay’s summit and back down to the Cliffhouse – and then cross a ridge mottled with the remnants of the summer snowstorm that blanketed southwestern Alberta earlier in the week.

At the top of the via ferrata, 2,350 metres up, we pose for photos beside cairns built by mountaineers in days gone by. I add a small rock to one, and feel like I’ve earned the right.

It’s true that Norquay’s via ferrata made my thrilling climb possible, but I provided the energy, the nerve, and the ability to get over a ladder-climbing analogy. 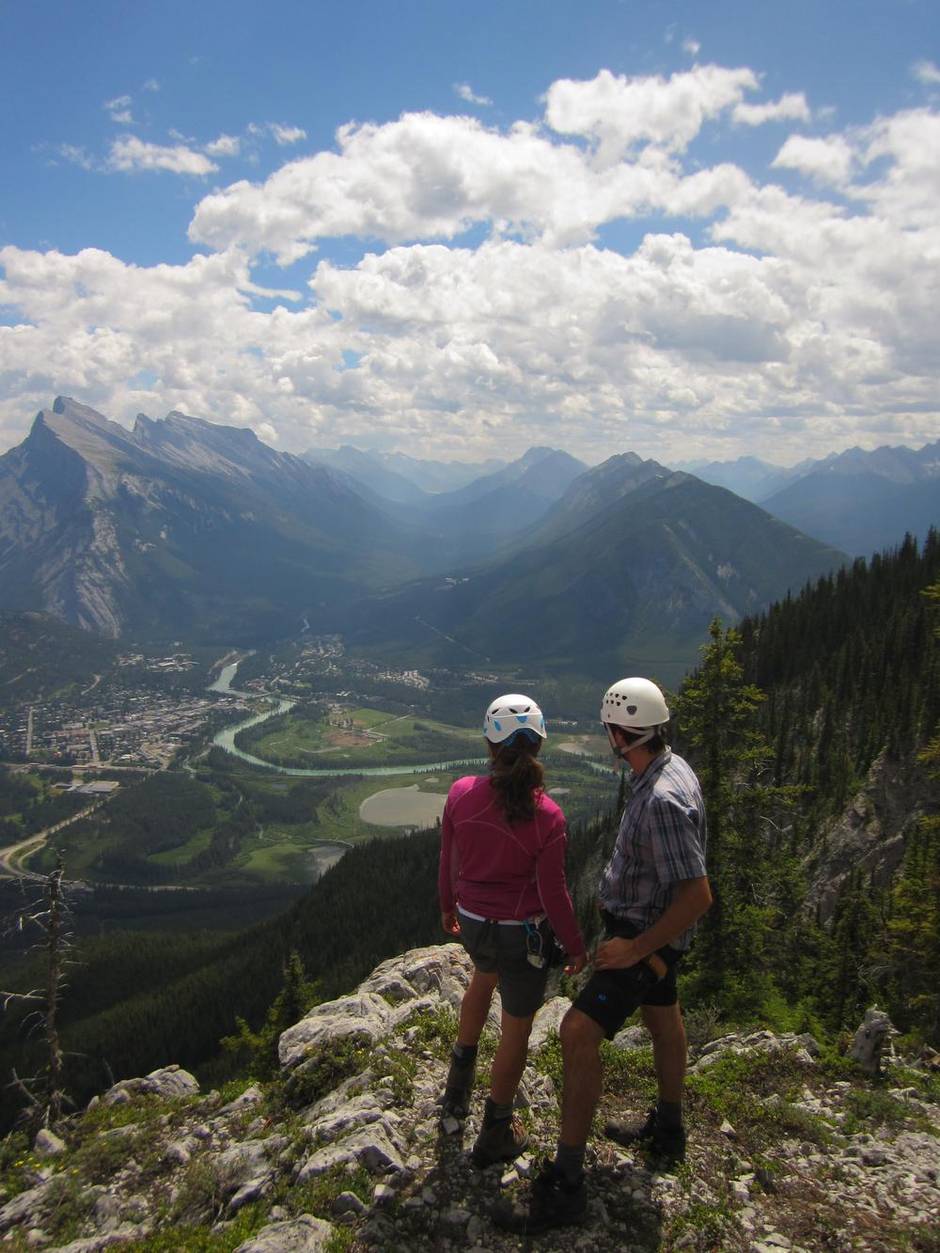 The Mount Norquay via ferrata’s four-hour Ridgewalker Route costs $169 and departs three times daily. The two-hour Explorer Route is $139 and departs four times a day. All safety equipment and helmets are provided. The course is open on weekends and some weekdays until Oct. 12; check the website for operating hours. summer.banffnorquay.com

The writer travelled courtesy of Travel Alberta. It did not review or approve this article.