When the Canadian Museum of History began planning a new exhibition on the Franklin expedition now showing in Britain, neither of the voyage's two doomed ships had been found.

But after HMS Erebus was located in 2014 and HMS Terror was found in 2016, curators for the exhibit were given the opportunity to include some of the newly recovered artifacts.

The show also highlights the role that Inuit oral history played in finding the shipwrecks.

"We really wanted to give credit where credit was due in the exhibition," curator Karen Ryan said. "The Inuit were in the Arctic long before Europeans went looking for the Northwest Passage. What we know up until now about what happened to the Franklin expedition comes largely from Inuit oral history that has been passed down for 170 years."

Ryan noted that Parks Canada and researchers started looking in areas where the Inuit had indicated they had seen ships still inhabited and then later deserted.

The expedition led by Sir John Franklin left England in 1845 with 129 men to search for a northern sea route between the Atlantic and Pacific oceans. No one ever returned, and search missions determined that both ships became icebound and were abandoned.

Remains of some of the sailors have been found. Some theories about the ill-fated voyage include lead poisoning and spoiled tinned preserves.

Interest in the mystery has remained strong in Britain, where some people trace family trees back to Franklin's men.

The National Maritime Museum in London, where the exhibition will remain on display until early January, held a previous Franklin show in 2009.

And Britain is getting the new exhibition first. Its debut at the Canadian Museum of History in Gatineau is set for next March.

"I think it was a profound shock to Victorian Britain that such a large and well-prepared expedition could have disappeared … [and] ended in the way that it did," Claire Warrior, senior exhibitions curator with the National Maritime Museum, said about the enduring fascination with Franklin.

Items from HMS Erebus include the ship's bell, which Parks Canada recovered in 2014, as well as dishes and a shoe.

The Nunavut government has loaned a piece of ironwork from a boat-launching mechanism on the ship. The davit pintle was discovered shortly before the Erebus was located and alerted searchers that they were in the right area.

The show also includes traditional Inuit sealskin clothing, kayaks and implements. There are also items from a vast collection of material retrieved in the years after the mission and brought back to Britain, including the Victory Point Note, the last known message from the crew. It was discovered on King William Island in 1859.

"One of the things we really wanted to do … was to bring the voices of those men back as much as we could, so … we use some excerpts of letters that they wrote home to their families when they were still in Greenland, and these everyday objects that you can look at," Ryan said.

"The dinner plates, you can see the scratch marks where knives were cutting into the plate. Just things to remind you that these were living, breathing human beings."

Ownership and possession of items recovered from the wrecks themselves remains under negotiation between Parks Canada, the Nunavut and British governments and Inuit organizations.

This summer, Parks Canada's underwater archeology team is returning to Nunavut for preliminary dives on HMS Terror and to continue work on HMS Erebus.

For the curators, the Franklin expedition is a developing story.

"There's only so much we know right now," Ryan said. "And finding … where the ships were located, finding Erebus pretty much exactly where the Inuit oral history had talked about seeing an inhabited ship – that really puts a nice note on the accuracy of the oral histories and how they can really be meshed well with historical research and with archeology."

Franklin researchers hope to link DNA from sailors’ bones with descendants
May 7, 2017
Scientists find clues to Franklin seaman’s cause of death in thumbnail
April 11, 2017
Nunavut questions authorization of researchers who found HMS Terror
May 17, 2018 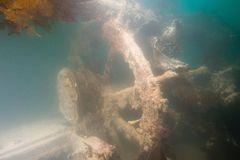 Parks Canada forced to play catch up on HMS Terror find
May 16, 2018 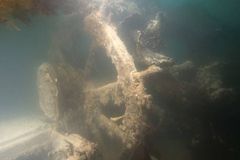 Discovery of HMS Terror heats up battle over who controls artifacts
May 17, 2018 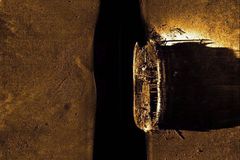 HMS Terror discovery could be last piece in Franklin expedition puzzle
May 17, 2018 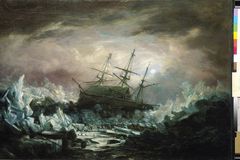 Geographic Society CEO says group had no control over Franklin expedition documentary
May 15, 2018 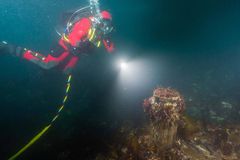 Dispute erupts over credit for finding Franklin flagship
May 15, 2018 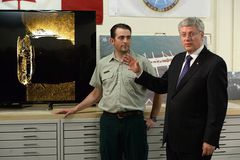 Researchers hope public can shed light on Franklin Expedition
May 15, 2018 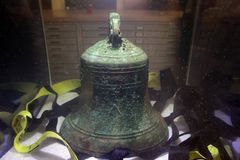 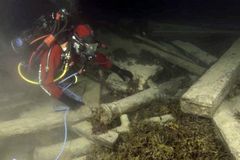