It’s a chilly evening in late March and I’m standing inside the traditional wooden longhouse at the Hôtel-Musée Premières Nations in Wendake, Que., a cup of tart rhubarb cordial in my hand. Despite the cold it’s cozy in the dim space and the longhouse sleeping platforms look inviting, but I’m not here to stay tonight. Instead, I head back into the hotel with my group to watch singers and drummers perform, and quickly browse the arts and crafts before heading into Restaurant La Traite. Dinner is inventive, incorporating venison, wild mushrooms, sour sea buckthorn berries and other wild and foraged ingredients. And instead of wine, I order a bottle of the light, slightly hoppy house beer, Microbrasserie Archibald Kwe, which is brewed using corn and served only in Wendake.

Last year, I’d dropped in at the then-six-year-old hotel for a quick look around during a bike tour from Quebec City. The Wendake reserve is an easy four-hour round trip from the Old Town along paved, dedicated trails, and I wished I’d had the chance to explore some more. This time, as an attendee at the International Aboriginal Tourism Conference (IATC), I’m getting an in-depth look at this indigenous business success story: Hôtel-Musée Premières Nations is a hotel/museum/restaurant complex that forms the heart of Wendake’s well-developed tourism business.

This year in Quebec, 340 delegates are networking, trading business cards and talking about the successes and challenges faced by indigenous tourism. The IATC was launched four years ago in B.C., the creation of the Aboriginal Tourism Association of British Columbia (AtBC), who wanted to raise the profile of indigenous tourism businesses – many of them small enterprises in tiny communities. Quebec Aboriginal Tourism brought the conference East for the first time to give its members in remote communities a chance to take part, and to show off some of its recent successes.

“Ten years ago, the province of Quebec had only 100 aboriginal tourism businesses,” says Dave Laveau, executive director of Quebec Aboriginal Tourism. “Now, in 2015, we talk about 197. It means that our communities believe a lot in this industry.”

Similar growth has been seen across Canada, according to 2014 research by the Aboriginal Tourism Association of Canada (ATAC), the first major study done since 2002. In that time, the number of indigenous tourism businesses has increased to 1,500 from 892. Those businesses employ an estimated 32,000 people (including in casinos), up from 13,000 in 2002. Economic output is estimated at $817-million in salaries, and more than $63-million in tax revenue to all levels of government.

And it’s a growth market, notes Ghislain Picard, chief of the Assembly of First Nations of Quebec and Labrador, in his opening remarks at the conference: “We know that demand far exceeds what we can offer.” In B.C., for instance, data show that one in four visitors seeks an indigenous experience. 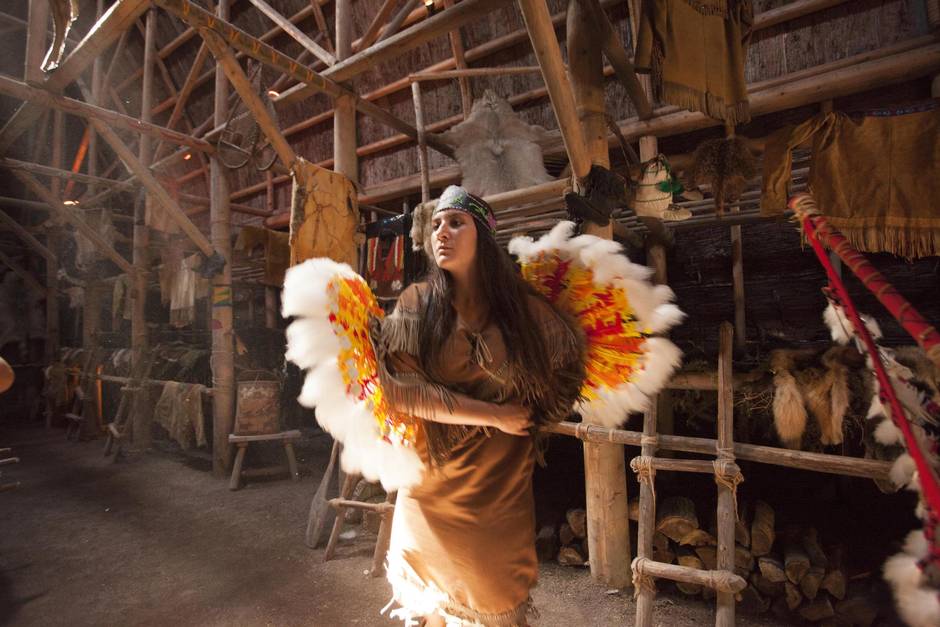 One ecotourism group in Nunavut is an award-winning leader in the industry. Last year, the World Travel and Tourism Council awarded Arviat Community Ecotourism top honours with its Tourism for Tomorrow Community Award thanks to its low-impact sustainable-tours program that gives as much to locals as it does to travellers. ACE beat out established tour giants such as Abercrombie & Kent for the honour.

Travellers who don’t want to book it all themselves – or want to make sure they’re getting a genuine indigenous experience – can use Aboriginal Travel Services, Canada’s first indigenous-run travel agency, opened by AtBC last year. Packages include a three-day Vancouver cultural getaway with a walking tour through Stanley Park with an indigenous guide, dinner at restaurant Salmon ’n’ Bannock and two nights at indigenous arts hotel Skwachays Lodge. In Quebec, Parks Canada announced in March that it would be working with Quebec Aboriginal Tourism to develop indigenous experiences targeted at the cruise industry along the Saint Lawrence River.

The benefits of tourism to indigenous communities goes beyond financial gain. “Working in your community, showing what you have, your culture, your past, talking about the art and craft that you learned from your great-grandfather that you’re still recreating today – it’s pride,” Sébastien Desnoyers, marketing director for Quebec Aboriginal Tourism, says.

Johnny Edmonds is the director of the World Indigenous Tourism Alliance, and a leader in the indigenous tourism industry in Australia and in his home country of New Zealand. He spoke at the Quebec conference and said there are “scary similarities between indigenous peoples in all parts of the world” as they work to reclaim their cultures after the effects of colonization.

“If more people are involved in what they consider to be meaningful employment and able to be proud of their culture and their heritage, that must be an uplifting experience – it must be good for the country.”

Of course, the industry is still young and faces many challenges, which were outlined in the ATAC report. Many businesses are not able to the meet the expectations of travellers – everything from good signage (so people can find the business easily) to responding to inquiries and processing bookings promptly, and from the ability to accept credit cards to having adequate liability insurance As well, not all provinces and regions have the benefit of umbrella indigenous tourism organizations, which are strong in B.C. and Quebec, making it more difficult for operators to work together and with destination-marketing organizations. There is also room for better promotion, especially to Canadian travellers who might be more likely to seek indigenous tourism experiences abroad than at home.

Strengthening indigenous tourism offerings is important. Keith Henry, CEO of AtBC, believes that indigenous tourism in Canada could double in the next five years, and it should be a major component of how Canada is marketed abroad. “Too often in Canada all we talk about is the conflict and the history,” he says. “What I love about cultural tourism and working with our communities is that this is the one area where people really feel good. I think that’s really important, letting Canadians know that our industry’s moving forward and we’re here to help and be a productive part of Canadian tourism in the best way we can.”

Eco-tours at Winnipeg’s FortWhyte Alive include A Prairie Legacy: The Bison and its People, an immersive three-hour journey that explores links between bison and the history of Manitoba. Wander past a herd of bison, sit inside a tepee, go snowshoeing or canoeing and snack on bannock cooked over a campfire. $40 a person. fortwhyte.org

First in a planned series of indigenous-themed exhibitions, Our Living Languages at the Royal BC Museum in Victoria showcases the diversity of the province’s 34 indigenous languages via audio, video, art and interactive stations. Runs until June 2017. royalbcmuseum.bc.ca

At the edge of Quebec City, the Hôtel-Musée Premières Nations in Wendake features modern eco-chic rooms and suites incorporating indigenous art. A one-night package includes breakfast and a three-course dinner, a museum tour, and an evening of myths and legends in the longhouse. Rooms from $139, packages from $184 a person. tourismewendake.ca

In Vancouver, boutique hotel Skwachays Lodge was designed in collaboration with aboriginal artists to create a unique installation in each room. The hotel lobby is also an art gallery and social enterprise showcasing the work of urban artists. Rooms from $139. skwachays.com

In Winnipeg, indigenous-owned Neechi Commons is a grocery store, restaurant, art gallery and shop all in one building. The food menu – available for eat-in, takeout or catering – includes pickerel and elk burgers, bison stew, a three sisters soup and plenty of bannock. 865 Main St. neechi.ca

The writer was a guest of Tourism Quebec.