When it comes to air travel, I'm a ghastly carbon Bigfoot.

Already this year, I've contributed to the release of several tonnes of planet-sickening carbon emissions into the atmosphere, just from flying. While it's possible to do damage-control by purchasing carbon offsets, in an ideal world, I wouldn't be creating all those greenhouse gases to begin with. What's an eco-guilt-ridden, wander-lusting traveller to do?

In recent years, airlines around the world have been looking to biofuels as part of the solution. Several, including Lufthansa, Air France and, earlier this month, Qantas Airways, have tested commercial flights, using a mix of conventional jet fuel and biofuels, made from plant sources, animal fats and recycled cooking oil, to reduce their environmental impact.

So when Toronto-based Porter Airlines joined the pack, announcing that it was launching the first biofuel-powered commercial flight in Canada this week, I seized the chance to hop aboard.

The flight itself, a demonstration from Toronto to Ottawa and back, was not noticeably different from any other. The plane, a Bombardier Q400 turboprop, was one of Porter's regular fleet, with the usual fuel tank and engine. (A major factor in developing aviation biofuels is to ensure they can be used in existing aircrafts.) Had I not been informed ahead of time, I wouldn't have known the plane was burning a 50/50-blend of jet fuel and biofuel, created from Camelina sativa and Brassica carinata, both oilseed crops grown on the Canadian Prairies.

But even though the actual ride wasn't remarkable, the journey from research to reality is worthy of note. The flight was the capstone of a two-year test program, involving a number of players, including Bombardier, engine manufacturer Pratt & Whitney Canada and biotech firm Targeted Growth. (To produce this new fuel, bio-oils from the crops are converted into bio-derived jet fuel, using hydrogen, in a process that works "like magic," according to my fellow passenger, Laurie Sheahan, director of operations at Targeted Growth.)

For now, biofuels are far too expensive for regular use, costing five to 10 times more than conventional jet fuel. "It will be a long way before we use biofuel in every aircraft," said Sylvain Cofsky, executive director of the industry-led Green Aviation Research and Development Network, which helped fund the program.

Cofsky said biofuels won't be widely used for air travel until the cost of production decreases and the volume of production grows sufficiently, which probably won't happen until 2015 or 2020.

Nevertheless, he reminded me, as we landed in Ottawa: "Five years ago, this was just a dream."

Despite all the optimism on board, I have to ask: Are biofuels really the key to a cleaner future in air travel?

The drawback: The expense

One of the reasons biofuels are so costly is they are currently produced on a batch-by-batch basis, said Stephen Colavincenzo of core technical engineering at Bombardier's aerospace division. The company must rent a refinery, shut it down and thoroughly clean it before and after production, he said.

As biofuels are produced for commercial use, however, they are expected to become cost-competitive with conventional fuels. "We're quite frankly convinced that that will happen in the not-too-distant future," said Robert Deluce, president and chief executive of Porter Airlines.

For now, though, eco-conscious passengers are stuck buying carbon offsets to make up for their travel emissions. Lufthansa, the first airline to test biofuels in regular operations, flew a four-times-daily passenger route using a 50-per cent biofuel mixture between July and December in 2011. However, until it becomes a more viable alternative, the use of biofuels will probably be restricted to test flights and this kind of demo flight conducted by Porter.

The drawback: Biofuels don't have a squeaky-clean reputation

The push to produce biofuels – most notably ethanol for automotive fuel – has often been blamed for driving up food prices and actually harming the environment by encouraging producers to replace forests, pastures and wetlands with bio-energy crops.

But Colavincenzo said greener, cleaner biofuel is possible. "We don't just want any biofuel. It has to be sustainable," he said.

The blend of fuel used on the Porter flight was made up of 49 per cent camelina and 1 per cent brassica, both of which are distant relatives of canola. The advantage of using these crops is they are grown in fields that are left fallow, and would otherwise wind up as waste, Cofsky said. They also do not require fertilizer or much water.

A common concern with biofuels is whether all the emissions and pollutants created in production are worth the lower levels of greenhouse gases released in burning them.

But biofuels are only one piece of the puzzle. Deluce noted that the international airline industry has committed to halving its emissions by 2050 from its 2005 levels. "The important thing is to set realistic targets and to do one's best to achieve that or better," Deluce said. 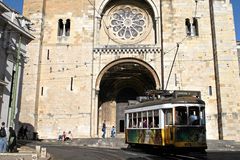