It took just 24 hours for me to succumb to the power of the lime. No, not the fruit. Here in Grenada, one of the southernmost islands in the Caribbean, "lime" is an activity as well as a fruit. Well, a non-activity, really. To lime is, essentially, to chill out.

And chill out I did.

As the bright sun beat down, melting the ice cubes of yet another rum punch, I lay half asleep by a hotel pool. My boyfriend, John, dozed on the chaise longue next to me. It was nothing short of a miracle. For we are not the sort of travellers who lounge. We are the sort who cover five cities in 10 days. As it turns out, Grenada was our version of paradise.

Generally, the phrase "beach vacation" makes us break out in hives. In our travel vocabulary, "all-inclusive", "buffet" and "tour group" are dirty words. Which is why Grenada was so appealing. Sure, you can spend a day tanning on Grand Anse, a stunning three-kilometre-long white-sand beach, but you can also hike in a rain forest, dive at a major shipwreck, take a wild bus ride with locals and enjoy stellar cuisine.

That is, if you can fight the urge to do nothing – absolutely nothing at all. It's tough.

On our second full day, we decide that it's time to tackle our Grenada to-do list. We've done our research and have a long list of things to do and sights to see.

First up: a hike through Grand Etang National Park, into the heart of a rain forest to the Seven Sisters Falls. The trail is muddy and slippery, but our guide, Allan Medford, helps us through the tricky parts. We're joined by just two other people, a Montreal couple from the same flight with whom we've hit it off.

As we hike, Allan stops to explain all the lush foliage: He crumples up the leaves of a cinnamon tree for us to smell, shows us the creamy, white inside of a cocoa pod to explain how chocolate is made and teaches us about nutmeg, the island's signature spice.

After about 45 minutes, we reach two of the seven falls and strip down to our bathing suits to enjoy the cool, clear water. The guys jump off the lower fall into another deep pool while we take pictures.

Back at the hotel, our plans for the rest of the week are starting to change. "You know," John says to me, "we saw so much today I don't really need to go the spice plantation now." I'm fine with skipping the chocolate factory tour – that's two things off the list.

So after another day on the beach, we're back with our friends for our one other must-do: snorkelling. The four of us have an entire 60-by-20-foot catamaran to ourselves (another Grenada plus: it's easy to avoid large tour groups). We lime on its bow nets as we sail past St. George's harbour, one of the most beautiful in the Caribbean.

Our first drop is Molinere Bay, home to 65 underwater sculptures, including a pirate skull and a man at a typewriter. Cool, but also creepy. As we swim back to the boat, our guide brings us up close to a particularly mean-looking fish. Fortunately, I realize it's a barracuda once I'm on the ladder.

Stop two is Flamingo Bay. We swim beside dozens of different creatures, including sea snakes, yellowtail snappers and stunning purple coral fans swaying in the current.

At the end of the trip, we're exhausted. I was considering scuba lessons later in the week, but now I can't be bothered.

And so it goes. We see the bullet holes at Fort George, where former prime minister Maurice Bishop was executed after a coup in 1983, but pass on renting a car to explore La Sagesse Nature Center on the other side of the island. We stroll along the Carenage, St. George's historic waterfront, but skip going to the Friday-night Fish Fest in the northern town of Gouyave. The pull of the beach is just too overwhelming.

There is, however, one area in which we come close to ticking off all the boxes: dining. High and low, traditional and exotic, it's all here. At the Beach House, I feast on Caribbean lobster tail and callaloo soup, a bowl of brilliant green made from the spinach-like leaves of a local root vegetable. At Umbrellas on Grand Anse, I wolf down one of the best cheeseburgers I've ever had. At BB's Crabback, I devour the namesake dish: crab meat, cheese, wine and herbs served in a crab shell. And at the Flag in St. George's, we're presented with a sizzling dish of spicy chicken: Yes, Grenada even has excellent Chinese food.

On our last day, our to-do list has morphed into a "to-do next time" list. There is no doubt we'll be back. We spend our few remaining hours in paradise on Grand Anse under the shade of a manchineel tree, sipping Carib beers and talking with the friendly Grenadians who stop to chat. John horses around with some local kids in the water. I go for a final swim. It is liming at its finest.

For the first time in all our years of travelling, we have an overwhelming desire to stay in one place, to just sit. Sit and read, sit and drink a rum punch, sit and stare out at the turquoise sea. There is much to do in Grenada, but the best part is doing nothing at all

Grenada Grand Beach Resort: This sprawling resort boasts one of the best locations on the island. Newly renovated rooms have flat-screen TVs and crisp white linens (not all have been converted yet). The grounds include a new tennis court and two pools, including the 91-metre "fantasy pool" that features two waterfalls. From $175 (U.S.). Grand Anse; 473-444-4371; grenadagrand.com

Service in most restaurants is "island-style." Expect it to be slower than you're used to.

New York's Finest Bagel: Grab a fresh bagel with cream cheese for a quick bite on your way to the beach. Wall Street (Grand Anse); 473-442-2435; nybagels.net

La Boulangerie: In the morning, stop by for French-style pastries and croissants. At night, go for one of the many Italian pastas or pizzas. Le Marquis Shopping Complex (Grand Anse), 473-444-1131

In pictures: Kicking back in Grenada
Gallery
February 22, 2012 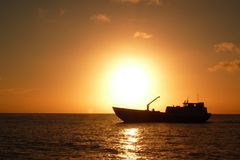 I'm surprising my wife with a beach vacation without the kids. Help!
September 23, 2011 Grenada's silver lining
September 13, 2006
Hotel review: Calabash Hotel in Grenada
May 4, 2002
Follow us on Twitter @tgamtravel Opens in a new window
Report an error Editorial code of conduct
Due to technical reasons, we have temporarily removed commenting from our articles. We hope to have this fixed soon. Thank you for your patience. If you are looking to give feedback on our new site, please send it along to feedback@globeandmail.com. If you want to write a letter to the editor, please forward to letters@globeandmail.com.
Comments