As you board Disney's newest cruise ship, you enter a glittering ballroom with a bronze Minnie Mouse at its centre and fairy-godmother-meets-art-nouveau decor. "Disney Fantasy, please welcome the Gray family!" one of the ship's officers announces into a microphone, while a gauntlet of smiling white-coated crew applauds.

I'm not sure if this kind of welcome is normal for a cruise, as we have never been on one before. But as my family and I learned on this three-day media-preview sailing, there is no such thing as normal in the Disney universe.

Here, a limitless supply of happy, helpful people attend to your every need, and children's minds are blown by just meeting actors dressed as cartoon characters. Meanwhile, songs like A Whole New World from the Aladdin soundtrack are piped into even your bathroom stall.

Like its sister ship, the Disney Dream, which launched last year, the stunning 4,000-passenger Fantasy looks like a luxurious early-20th-century ocean liner – but with a tubular, transparent waterslide on its top deck.

My seven-year-old proclaims the ship "quite charming," but declines the waterslide, called the AquaDuck, preferring the pool shaped like Mickey's head. His four-year-old brother braves the tamer, two-storey pool-side slide supported by Mickey's giant white-gloved hand.

The Fantasy, the Disney fleet's fourth ship, also has two water-play areas, an interactive scavenger hunt for kids that features the Muppets, and a Bibbidi Bobbidi Boutique, where little girls can get princess makeovers that can cost hundreds of dollars.

The Animator's Palate restaurant prompts guests to draw figures on their placemats that are later animated on wall-mounted screens, dancing with Disney characters. The boys were wide-eyed.

The Fantasy also has several bars for grown-ups, and a kind of waterfall curtain in its mellow children-are-forbidden pool zone. The Tube nightclub has a Swingin' London Underground theme, complete with those straps that hang from subway cars. You can enjoy $10 cocktails while sitting in plastic chairs that appear to have come from Austin Powers's rec room.

Two new theatrical productions are on board, one a retelling of Aladdin, and both rehearsed in Toronto. The one we saw featured the wise-cracking genie from that film, a flying Peter Pan, Mary Poppins and a tiny glowing Tinker Bell, seemingly every Disney princess ever and every Disney song ever, snow that falls on the audience, and, of course, fireworks. Despite a plot of Grade A corn syrup, it was expertly produced, tolerable for adults and a big hit with my sleepy four-year-old.

A massive fireworks show – the only one in the world at sea, Disney says – also figures into a Pirates of the Caribbean extravaganza on the ship's deck the last night.

The food for grown-ups ranges from perfectly adequate to excellent. At dinner, kids are offered a menu of "Mickey's Mac N' Cheese," burgers and fries and the like. Servers bring by bottles of ketchup and squeeze Mickey-shape blobs on your kids' plates for dipping.

On the second day, we stop at Disney's private island in the Bahamas, Castaway Cay – for a day mostly free of Disney feature film propaganda at the beach. You can snorkel with stingrays, rent an inner tube and steer clear of the high-energy waterslide area if you're looking for some quiet.

Back on board, Disney tries to ensure grown-ups get some alone time. You can leave offspring in lavish, multimedia-drenched daycare facilities in the middle of the ship, where kids are fitted with homing-beacon bracelets so the crew, which lead various activities, can track them. The main attraction is the array of video games and large screens showing, of course, Disney movies. It seems odd to stow kids below deck for hours so that grown-ups can go enjoy time by themselves on a Disney cruise, of all things. But my boys did enjoy a brief stint.

Going into this trip, we thought we weren't cruise people. We prefer road trips, camping and cooking for ourselves. We also had to suppress some qualms about the notion of a gazillion-dollar floating pleasure machine built largely to indulge children with hugs from cartoon characters. And we weren't really Disney people. Before sailing on the Fantasy, our boys couldn't tell Pluto from Goofy. ("Is that Donny Duck?" one of them said a few days before we left.) They're now happy converts and we did leave impressed with the ship, the staff and Disney's sheer efficiency.

At the voyage's end, I doubt even the most hardened cynic could avoid feeling some sadness. It's a jarring return to the non-Disney world, where people doing menial service jobs are no longer impossibly cheerful and competent. Where that drab airport was not done up to look like a drab airport, it just is a drab airport. Where your kids are crankier. And where there is a distinct lack of fireworks. 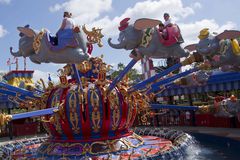 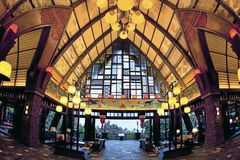 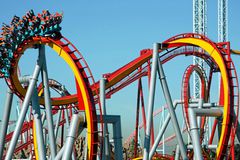