Vienna is famous for its opulent coffee houses full of history and cake. A main attraction for tourists, they also act as a home away from home for locals – a place to be alone while surrounded by company. In fact, they’re such an integral part of the city’s social fabric that in 2011, Viennese coffee-house culture was officially added to the UNESCO intangible cultural heritage list.

The only thing that was missing? Good coffee. 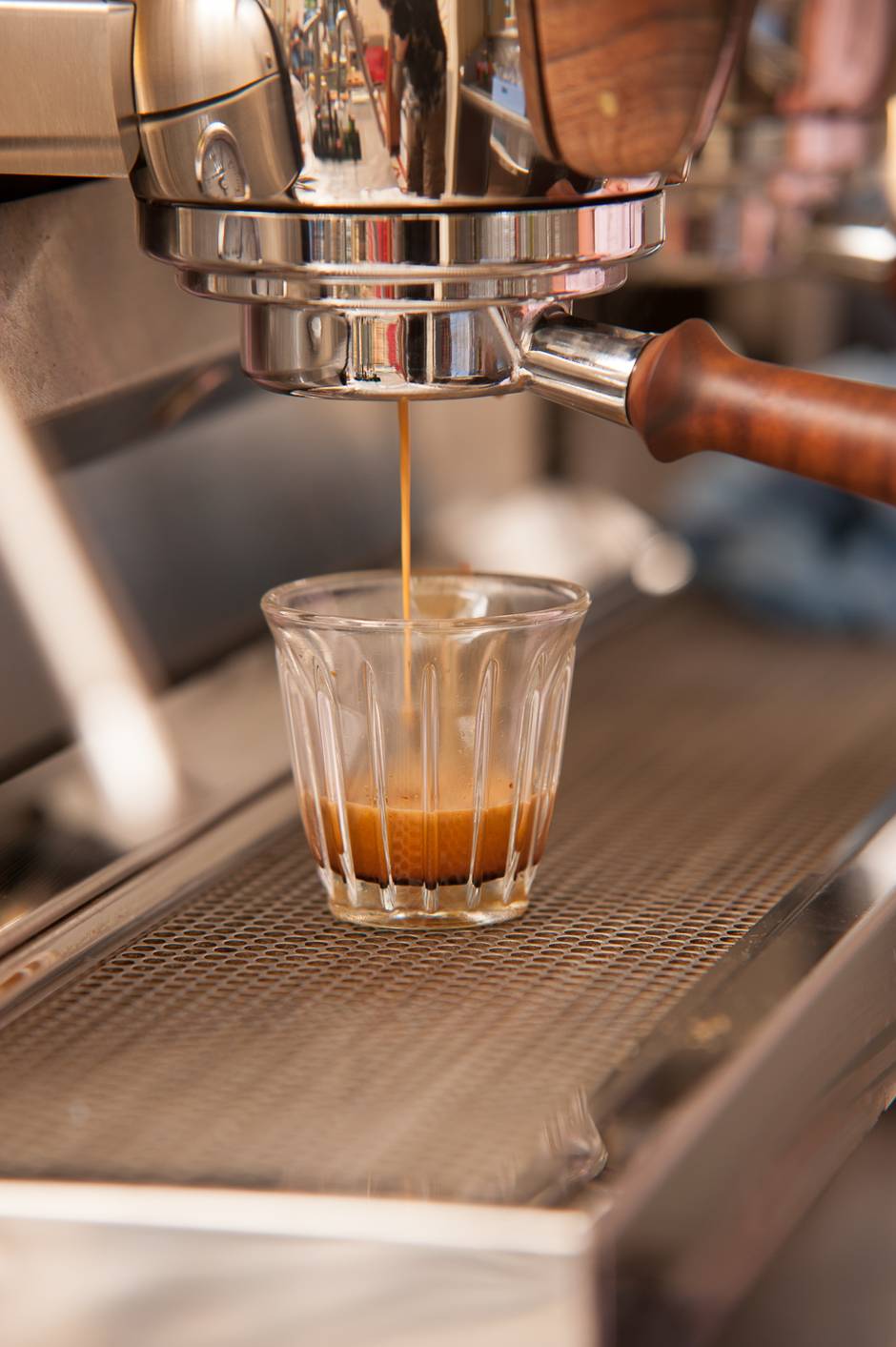 While coffee houses have always been cultural hubs, most people came for conversation, not quality coffee. But that's starting to change. (Gebhard Sengmüller)

Yes, that’s been Vienna’s dirty little secret since the end of the century – in this case, the 19th century. Though coffee houses have always been a warm cultural hub for lawyers, students, artists and starlets to sip hot drinks, read newspapers and discuss the matters of the day, most people came for the quality of conversation, not quality coffee. Vienna’s classic cafés are largely untouched and charmingly remain a way of life here. I love many of them dearly, including Café Central, Demel, Sacher, Drechsler, Sperl, Phil and Café Braunerhof. But this time around I was in town to taste Vienna’s next wave of coffee – the third wave.

All of the Viennese cafés that follow are less than two years old. Even my lovely new hotel, the Guesthouse, boasts signature beans with bags for sale in the buzzy café and Jura Espresso machines in every room. Such is the speed at which the culture of great coffee is taking root in the city, complete with latte art and fair-trade beans, roasted to each café’s specifications.

Here are five of the best that also illustrate the breadth of Vienna’s new café culture. 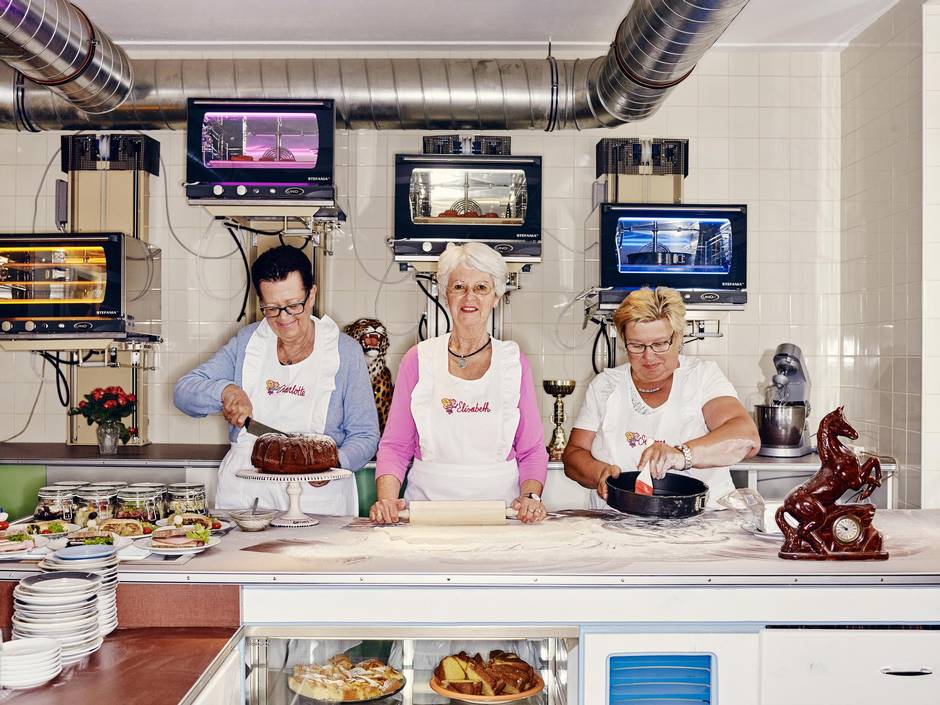 Vollpensiaon is a café based on “grandma culture.” Conceived four years ago as a pop-up, the owners found this permanent space late last year. Steeped in the tradition of visiting granny’s house for homemade cake and coffee, that’s exactly what happens here. There are no electrical plugs; computers aren’t allowed because you’ve come to socialize. Real retirees make freshly baked goods all day long in the open kitchen with big smiles and extra sugar. The strudel is studded with rum-soaked raisins, walnuts, sliced apples and a side of fresh cream. Amidst ironically dated couches, lamps and doilies (naturally), you can sip a barista-made cappuccino while reading from an eclectic mix of vintage magazines, including a 1970s-era teen mag with The Great Gatsby star Robert Redford on the cover. 16 Schleifmuhlgasse, vollpension.wien 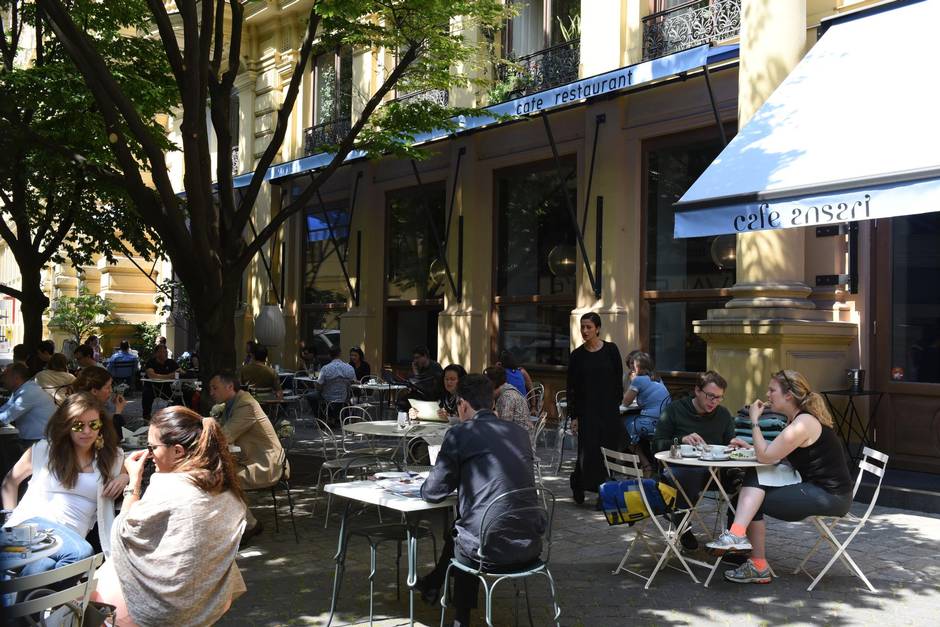 Located in a gentrifying area of gloriously renovated buildings full of designer shops and cafés on the one side, and a brothel on the other, the rich collection of newspapers remains a constant at Café Ansari. As do delicate pastries on display, organic teas and the key ingredient: coffee from a local roaster. (My Viennese tablemate delighted in the rich foam topping her latte, a first for her.) There are grand floral designs, elegant blue settees tucked into bright window niches and tables where ladies are breakfasting on Georgian specialties such as cheesy bread topped with a fried egg. 15 Praterstrasse, cafeansari.at 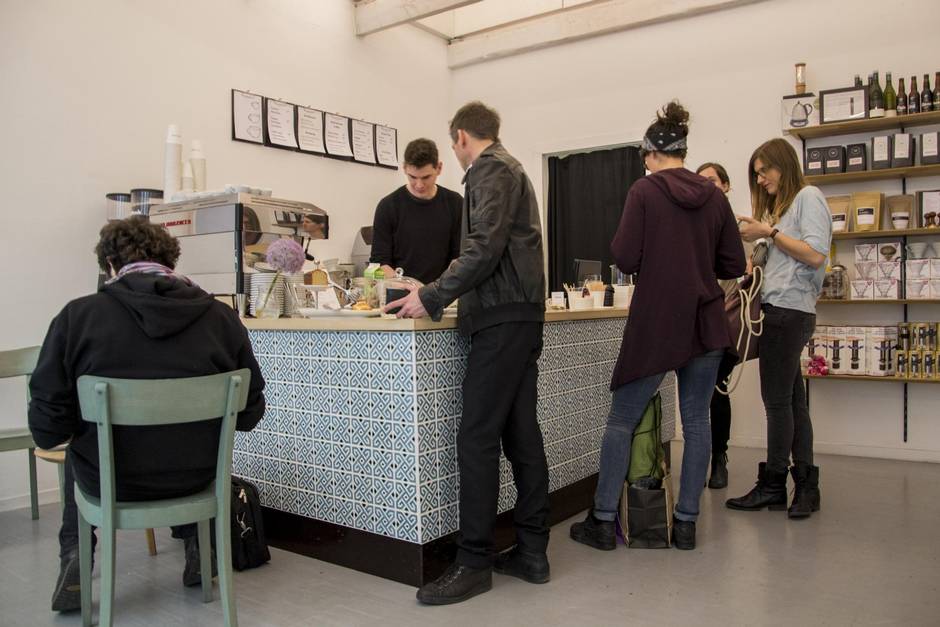 Kaffemik is the closet thing to a modern day hipster café I found in Vienna; a blond-wood box of a spot with white walls and a few tables occupied by millennials clacking away at laptops while wearing noise-cancelling headphones. It’s home to the only take-out cups I saw in the city. Progress? I’m not so sure. But the espresso machine is from Florence, and Kaffemik serves four hand-dripped blends from roasters in Scandinavia and other European countries that change monthly. They also have banana bread. My coffee was a delicious example of a flat white and even came with latte foam art (a pretty heart). 5 Zollergasse, kaffemik.at 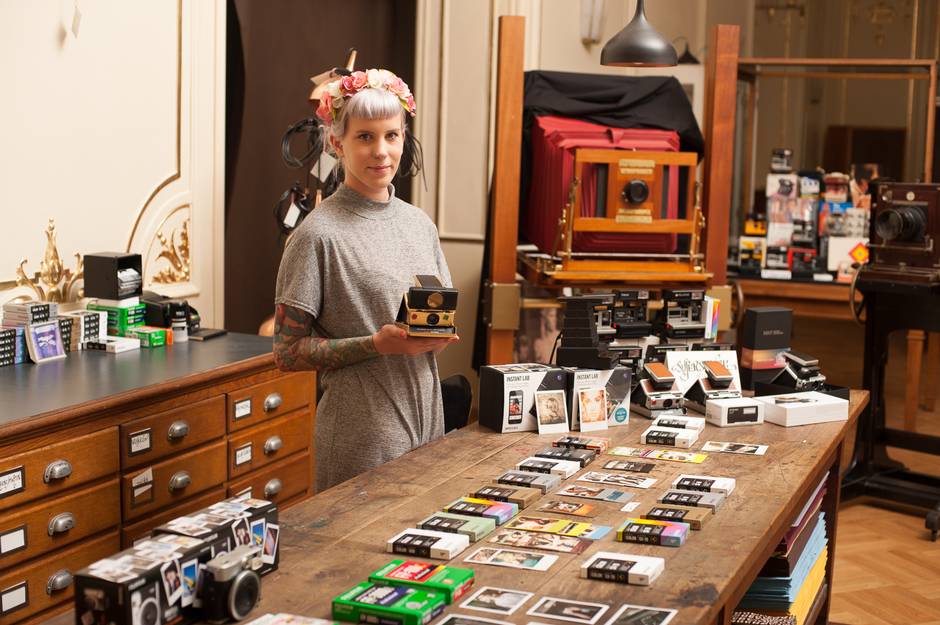 At Supersense, everything is analog. So much so that it’s one of six places in the world where you can still take a poster-sized Polaroid portrait. The handsome, 19th-century building houses an eclectic mix of ideas. There’s a recording studio in an old wooden phone booth, and beside it, someone’s spinning scratchy vinyl. They asked a local bakery to make their daily bread based on recipes that were used in “ye olde” 1980s. The big thing here is producing real things by real people. Watch a visiting chef cook regional specialties. Take a whiff at the scent memory bar. The coffee is important, too: The machine is a top-of-the-line Slayer from Seattle, while a small roaster in Austria, who learned the trade in Italy, does the beans. My espresso was exquisite. It tasted like I could have been at a Nirvana concert in 1993. 70 Praterstrasse, the.supersense.com

Alt Wien Kaffee is a roaster for 400 of the best cafés in the city. It has a massive output yet it’s still an artisanal outfit, complete with a new tasting bar so that you may try and then buy the beans that suit your fancy. This place was at the dawn of good coffee in Vienna. It recently moved the roasting operation to the outskirts of the city because as it grew, the noise and smoke of the roastery was upsetting the neighbours. On offer are 42 different coffees, from mellow single origin to toe-curling robust blends. It even has cold brew. From their showroom and tasting room downtown with its new Slayer machine, it is able to fine-tune the pressure profile of each pull. “If I could identify one trend in the Viennese coffee business right now,” says owner Oliver Goetz, “it’s that people like to know where their coffee comes from. Traceability is what’s important now.” 23 Schleifmuhlgasse, altwien.at

The writer was a guest of Vienna Tourism. It did not review or approve the article.