There are few worse feelings for a frequent flier than a sense of alienation while you're abroad, but for many younger travellers, the idea of reaching out to a concierge for assistance is as foreign as booking a flight in person at a travel agency (and likely impossible if you're using a service like Airbnb, not staying at a hotel). "A lot of consumer habits have changed so radically that we might not think of going to look for a human to help out," says Jason Clampet, the co-founder and editor-in-chief of Skift, a provider of travel industry intelligence. In response to the changing demographics of globetrotters – who, Clampet says, may not know about the services provided by concierges, or even how to ask for them – travel companies are changing the way they offer customized experiences in a digital world.

Bed, bath and beyond

In November, Airbnb announced a massive service expansion called Trips, customized host-led tours and activities that allow travellers to not just live like a local, but also tour their destination as if they're a savvy insider. "You can spend as much time planning your trip as on your trip," co-founder Brian Chesky said during the company's annual conference, Airbnb Open. "We want to fix this." Trips was designed "to be both magical and easy," he said. The service is available in a dozen select cities around the world, including Tokyo, Paris and Detroit, and the company hopes to roll it out to 50 more by the end of 2017. Experiences last for different durations: from a four-and-a-half-hour hike and cookout with a local named Alexandra in Nairobi, to a four-day arts experience in Miami with electronic music producer Virgo, which includes meeting local DJs, attending a live show and producing your own track.

By this summer, guests at the Wynn Las Vegas can expect to find an Amazon Echo in every one of the hotel's 4,748 rooms. The voice-controlled device will first act as an in-room butler; via spoken commands, guests can turn on the television, control the lights, close the curtains and increase the air conditioning. "I have never, ever seen anything that was more intuitively dead on to making a guest experience seamlessly delicious," said Steve Wynn, chairman and CEO of Wynn Resorts, in a promotional video for the initiative. The hotel expects to eventually have the Echo handle concierge functions, enabling guests to order a taxi or confirm the start time of their Cirque matinee.

While a handful of hotels in Silicon Valley, such as the Aloft Cupertino, are already using robots to deliver room service, Hilton has teamed up with IBM to develop a robot concierge. As part of a pilot program launched in 2016, the robot, named Connie in honour of the hotel company's founder, Conrad Hilton, was stationed at the front desk of Washington D.C.'s Hilton McLean Tysons Corner. Using IBM's Watson technology, Connie was able to greet guests in multiple languages and offer information about hotel amenities, local attractions and dining options. The adaptive technology, which includes picking up and processing non-verbal cues such as eye movements and body language, means the robot becomes savvier the more guests interact with it.

When you walk into most luxury hotel rooms, the TV is usually tuned in to a central information screen with details on how things work in the suite, how to order room service, current weather and nearby points of interest. Vacation rental property company HomeAway (which owns Vacation Rentals By Owner) has developed an app for Apple TV to help homeowners do the same thing for their guests. Property owners can program the app with a personalized greeting for each stay, plus information about the home itself (WiFi codes, instructions for the dishwasher, directions to the building's fitness room) as well as local tips. More suggestions are available on the app via travel-planning website Trip.com and any information that guests want to save can be sent via text message to their mobiles.

At January's Consumer Electronics Show (CES), Carnival Corporation & PLC, which owns 10 cruise brands, unveiled the OCEAN Medallion, essentially a pocket-sized digital concierge. Powered by proprietary technology, the OCEAN (One Cruise Experience Access Network) Medallion is a wearable device that can accelerate the embarkation and disembarkation process at ports, locate family and friends around the ship, and purchase merchandise and on-demand dining on-board. "From the moment our guests first engage with us, their experiences will be powered by their preferences, from extra pillows to their favourite drink," Jan Swartz, president of Princess Cruises, said at CES. The medallion will debut on the Regal Princess in November 2017.

The art of travel: Three design exhibitions worth a trip around the world
November 12, 2017 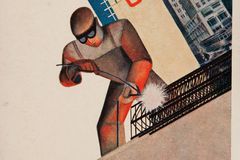 Where is that?! Tracking down Instagram’s popular pretty places
November 12, 2017 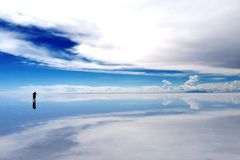 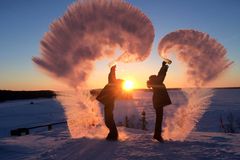