Why do so many New Year resolutions fall by the wayside? Probably because keeping them is nowhere near as much pleasurable as the indulgences – debauched Miami weekends, one too many toffee buns, general holiday excess – that led us to make them in the first place. The solution: Grab your passport and make your reformation a true escape from the past.

Whether your goal is nutritional rehab, a more tailored fitness routine or a total makeover, here are four spas primed to help you reinvent yourself.

Poised above Matauri Bay on the North Island, overlooking the Cavalli Islands, Kauri Cliffs is a true pin-up property. I can't think of a more impressive trophy lodge, where you spoil yourself silly just by waking up. If 2012 took its toll, Kauri Cliffs is the ideal place to bliss out and rekindle your spirit.

The spa, which backs onto lush Totara forest, offers holistic therapies using indigenous herbs. I recommend the signature Waterfall Massage upon arrival: Choose between a manuka honey or kiwi body polish, then let go as a waterfall of eight jets pulses along your body while the therapist targets specific muscles by hand.

Another renewal-inspired gem is the Kauri Comfort Zone. Dry skin is exfoliated with soft brushes, followed by a silky mud body cocoon, during which your therapist performs an enriching scalp massage. The metamorphosis finishes with a Sacred Nature Organic Facial featuring butterfly-inspired movements and aromatic toning oils.

While the spa is sublime, the pride of the lodge has got to be the kitchen. The synergy of the two results in the most nourishing spa stay on the New Zealand market. Chef Barry Frith creates menus daily, and is happy to tailor to health-minded guests.

Devout care has gone into maintaining the character of this sprawling estate, which encompasses three private beaches, a championship golf course, a horse stable and bush trails. Then there's the lodge itself, a honey-hued, veranda-trimmed plantation house with a sleek 1930s colonial air. The 22 guest suites are designed to allow guests to gaze out while none can peer in. Only the sheep can see you – and they've seen it all before.

Rooms from $931 for a single, treatments starting at $142 for 50 minutes; kauricliffs.com.

Ananda in the Himalayas, India

Ananda in the Himalayas is not for your average tourist – nor the average celebrity, for that matter. In the guest book, I spot the gushing scrawls of Oprah and Charlize Theron (Brad Pitt and Angelina Jolie have also visited). As one of the leading spas for Ayurveda, a millennia-old holistic system, Ananda is a go-to health hub for those in the know.

The resort focuses on spirituality and mindfulness. The typical guest has burned out on the boot-camp approach: They're hungry for a complete philosophical shift, hence a diagnostic consultation with the resident Aryuvedic doctor kicks off each stay. I am encouraged to attend the daily Vedic meditation sessions and lectures. Studying the beliefs of Vedanta, he says, enables enlightenment and physical vibrancy.

He also, thankfully, prescribes touch-based treatments such as Abhyanga, a four-handed massage using sesame oil that ushers me into a 12-hour slumber after nights of insomnia. It's just one of the more than 80 body and beauty treatments available at the 24,000-square-foot facility.

Managing director Ashok Khanna and general manager Jaideep Anand host guests with a quiet, mindful dignity. Ananda's staff – including many Tibetan refugees – are its most meaningful asset, serving up a distinct brew of camaraderie and cheerleading.

In Bangkok, gritty Muay Thai training goes upmarket at the Siam. And trust me: Endless reps on a tricep machine have nothing on the purity of engaging every muscle in a sparring ring.

The Siam, which opened in September, features a professionally equipped, luxury Muay Thai hotel gym. Picture plush towels, artisanal water and "sweat sherpas" to towel off the ropes and ring every few minutes. And for after your workout: a bath house with steam and sauna. With the only pool villas in the city, This is a rare venue where you can duke it out like a longshoreman by day, then slip into beautiful bed linens by night.

"We sought to create an authentic Thai experience based on health," says general manager Jason Friedman. "There are many Muay Thai camps in Thailand but none built to the level that certain guests expect. The goal is fitness of mind and body, as well as a deeper understanding of Thai culture and sport."

Training programs range from beginner to advanced, and last from one day to one week. Packages also include specialized spa treatments and menus. All instructors are professional Muay Thai boxers.

The hotel is owned by the Sukosol family of Thailand, esteemed art collectors and philanthropists, and accommodations are furnished with the family's collection of antiquities.

The art deco-meets-Bangkok interior by star architect Bill Bensley gives the project true panache, as does the rebuilt, century-old teakwood house once owned by socialite Connie Mangskau, who hosted legendary parties for the likes of Jacqueline Kennedy and Roger Moore.

Rooms from $530, treatments starting at $100 for 60 minutes; thesiamhotel.com

When it comes to a top-to-bottom overhaul, shiny, new spas often deliver the best experience. This winter, the hottest thing to hit the cold is the five-star Alpina Gstaad, which opened Dec. 1.

The 21,500-square-foot Six Senses Spa is a huge draw, with a yoga studio, flotation room, salt room, hammam and swimming pools that are designed more for laps than loafing. The comprehensive menu has your whole body covered, from advanced facials to alpine-inspired scrubs.

For the most high-tech makeover, go for the two-hour Triple Lift Mountain Facial, an exclusive lipid-replenishing treatment. This facial by Biologique Recherche is said to restructure the skin by using anti-wrinkle formulas and a Remodeling Face Machine, meant to better define facial contours.

For an internal do-over, the Tree of Life Signature Ritual addresses "the three key glands of energy and vitality" – liver, adrenal and thyroid. The ritual includes a Himalayan salt exfoliation, oils from the babassu, seabuckthorn, moringa and baobab trees and a "vital energy massage." (Just don't relapse later by overdoing it with the smoked gouda fondue.)

Found in Oberbort, in the heart of the Bernese Alps, the Alpina Gstaad is a fresh take on traditional Alpine style. The interior makes use of reclaimed fir from nearby farm houses. And while Gstaad is a famous snow playground, the skiing seems almost secondary to shopping, should you need a new pencil skirt to go with your improved physique.

Rooms from $915, treatments starting at $240 for 60 minutes; thealpinagstaad.ch

The writer was a guest of Kauri Cliffs, Ananda and Siam. The spas did not approve or review the story. 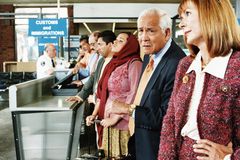 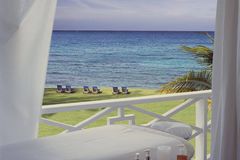 Is this the South Pacific's perfect retreat?
April 4, 2012 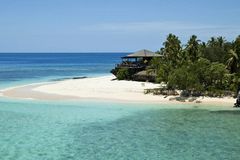