"Florida is one of the top birdwatching regions in the U.S.," says Lillian Stokes (stokesbirdingblog.blogspot.ca), who – with husband, Don – writes popular books, including the new Stokes Essential Pocket Guide to the Birds of North America.

It's not Stokes's only tip for the United States. "Southeastern Arizona is America's hummingbird capital. You can see up to 15 species, plus other rare and unusual birds – especially from April to September," she says, adding Florida's Space Coast Birding and Wildlife Festival and Ohio's Biggest Week in American Birding as events worth flying south for.

Stokes also suggests flocking further afield. "Trinidad's Asa Wright Nature Centre overlooks a rain forest. You can watch colourful honeycreepers, tanagers and motmots and listen to the distant sounds of the bearded bellbird – then take a trip to the Caroni Swamp where large numbers of scarlet ibis roost at dusk."

Tropical exotica like this twitches the tail feathers of many, triggering once-in-a-lifetime trips to neon-striped hot spots such as Panama, New Guinea and the Galapagos Islands. Costa Rica is also near the top of the tree, according to naturalist Richard Garrigues, co-author of The Birds of Costa Rica.

"I'd suggest visiting the highlands, where the dazzling resplendent quetzal can be found – it's claimed by many to be among the world's most beautiful birds," he says, adding that the wet Pacific lowlands also lures with its scarlet macaws, while the Caribbean lowlands is home to three members of the toucan family – plus puffbirds, jacamars, antbirds and cotingas.

And the rest of the continent? "Ecuador has spectacular scenery and nearly double the number of species Costa Rica has– and there's fairly good access to its major biogeographic regions. I've been five times and would gladly return."

In Europe, veteran British birder Bo Beolens (fatbirder.com) also has a nest-full of recommendations. Southern Spain, he says, is great for pipits, wagtails, flamingos, purple gallinules and Montagu's harriers. "I love the wetlands around Donana and El Rocio – as well as Extremadura [in western Spain] for nightjars and sandgrouse."

Or you could head east. "A few miles from Budapest, you can see wonderful and scarce European species such as great bustards and eastern imperial eagles. And the forests of southern Poland can deliver river warblers, collared flycatchers and red-footed falcons."

Britain-bound travellers, he says, should consider woodland and ocean-dwelling critters in Kent, England, while the annual British Birdwatching Fair is also worth pecking around. But New Zealand, adds Beolens, is home to one of his most beloved spots.

"Tiritiri Matangi – an island off Auckland – is a place you could sit forever, with native species like tomtits, whiteheads, fantails and saddlebacks at your feet."

The South Island's Canterbury and Otago regions are also ideal for spotting, he adds. But it's the southern tip that hooks many.

"Stewart Island has spectacular seabirds and great scenery while the predator-free Ulva Island is a haven for endangered forest birds like yellowheads, parakeets, kakas and wekas," says Stephenson, who adds that a night tour at a local beach to watch the kiwis feeding in the sand is unmissable.

WHERE TO GO BIRDWATCHING IN CANADA - OUR READERS WRITE

Our own Reifel Refuge in Delta [B.C.] is no slouch, either. It's a major stopover for the Pacific Flyway @WeiSclou

I love Reifel Migratory Bird Sanctuary in Delta [B.C.] So many bird varieties and a lovely estuary. Point Pelee National Park in Ontario is great, too @travelling_mom

Some of the best are in our backyard! Ontario Parks' Presqui'le is amazing! @JenPinarski

Loads of seabirds flap at Witless Bay and Cape St. Mary's in Newfoundland – you can also get your puffin fix farther north in Elliston @karlazimmerman

The place that wowed me: île Bonaventure off the Gaspé Peninsula with its massive colony of gannets @chibeba

I saw some monster-sized bald eagles while kayaking in the Broken Islands out of Ucluelet [B.C.] in July @LesliCKellow

The Fraser Valley Bald Eagle Festival [in B.C.] is on Nov 15 and 16! See fraservalleybaldeaglefestival.ca @RowenasInn

Point Pelee National Park is perfect for warblers during the spring migration. @MsBoice

MORE SUGGESTIONS FROM OUR READERS

Sri Lanka. The whole island is a bird-lovers' paradise, but I saw serpent eagles and blue-beak eagles at Wilpattu National Park. @Lee_Cobaj

Murray River, Australia – for the variety and abundance of water birds (rare in Oz). @TasminWaby

Sabine National Wildlife Refuge in Louisiana and the Dead Sea. Head to Sabine and the end of the Mississippi Flyway. In contrast, the Dead Sea is the only water stop between Africa and Europe for lots of birds. @WeiSclou

I've only been to one and it was fantastic. Keoladeo National Park in Bharatpur, India. @iTimBracken

Costa Rica! It's a birdwatcher's paradise, with over 800 species, everything from brilliant tropical birds to tiny songbirds. The country is tiny and easy to get around in and there is plenty to see besides birds. Cheryl Purdey

New Zealand, of course! I liked Dunedin – penguins, plus the Orokonui Ecosanctuary. @kattancock

I've been to Panama twice and plan to go to the Darien region next time. I've also been to Ecuador twice – including the Galapagos Islands – and there are still more areas to discover. Southeast Arizona is also fantastic. I'll also be visiting the Everglades next month and returning to Belize in Spring – it's not only very birdie: I'll be doing some scuba diving as well. @MsBoice

The wonderful Corkscrew Swamp Sanctuary on the Gulf Coast of Florida. Had a great time watching some fledgling owls deal with their "first steps" and their empty-nester mother – from about three meters away. @FollowsummerGG

Went searching for the quetzal in Costa Rica's mountains and loved it. But I only spotted a female. @robotopia

Costa Rica: there are 870+ species of birds and well-prepared resorts with local guides and programs to help guests spot them. @2dancingcranes

Texas, Florida, Churchill, Panama (and anywhere really in South America), New Guinea (for birds of paradise) and Borneo. If a had to choose one: probably New Guinea, although accessibility can be an issue @jennsmithnelson

Texas is number one for birdwatching in the USA – for the migration of birds plus the food and music. @voxsuewebb

Send your travel questions to maillto:concierge@globeandmail.com.

High-altitude adventure in South America: what to see and what to skip
October 10, 2014 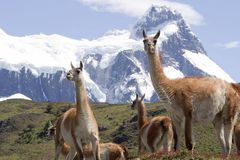 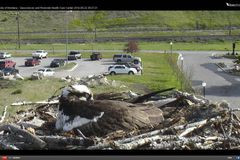 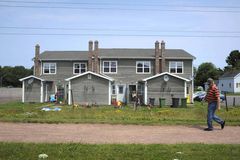