Hand-bound, with a spine of wood and a cover of rabbit fur, For You The Traveller is a guidebook that sets itself apart from all the Frommers and Lonely Planets on the shelf. But inside is where it really gets daring. Along with hand-drawn maps are the stories of 27 people scattered across 20 countries – and their phone numbers. Yes, their personal digits; made available so that the purchaser, a complete stranger, can call them for a chat, a tour and maybe even a free bed.

This "directory of kind people" is the work of Nabil Sabio Azadi, an Iranian-New Zealander artist living in Brisbane, Australia. Sold online, only 200 copies exist, partly because of the labour involved (it takes him about eight hours to create one), and also so the participants aren't overwhelmed with visitors.

Where did this idea come from?
The whole book occurred to me fully formed, and it's only looking back now that I can begin to trace the dots. Over the four or five years that I spent travelling abroad and working in different cities – London, Paris, New York – I experienced a profound sense of loneliness. Not just because of the size of these cities, but because it was so difficult for a young person to find any sense of mentorship. When I came back to Australia I became focused on my art and had a certain amount of clarity about what I was trying to do with it, and that was to give people a sense of solidarity. The book seeks to connect people and provide them with the guidance and the stories of others, because these are the things I wish I had.

You're an artist, but this is a practical guide, correct?
The beauty of it is that it's able to read as a book, because the stories people share are like parables. But everybody who's participated in the book is aware that their telephone numbers are there for people who pass through the region, and they've all pledged to be the best hosts they can be given the circumstances they're under at the time. It's very much a practical guide; the stories are there to sweeten the deal and give people a sense of who they're dealing with.

What does being the "best host" involve?
It was important for me to emphasize to the hosts that they have the right to decide how they want to interact. What I said to them was that at the very least you should be spending time with these people and introducing them not only to your sphere and understanding of the city, but the city itself – and, at most, they should be sheltered by you and become part of your life for a brief time. Everyone was happy with this idea.

How did you find these people?
Something that I feel strongly about is that I can vouch for each and every one of them. When I first sat down to think about this book I thought, "perhaps I know four or five people, the rest of them I'll probably have to find on Craigslist." In the end, I had met every one of them – all the bizarre occurrences of these years I had abroad, all of these cameo appearances of wonderful, soulful people. The remarkable thing is that every single person I wanted to be involved is exactly the kind of person who wanted to be involved.

For example?
There is a lovely, almost septuagenarian artist living in Paris who I met at a car accident because we were the only two people who stopped to do anything about it.

What's expected of a buyer? Your website says, "If you share yourself with them, they will share … with you."
My ideal situation is one in which [traveller and host] have a dialogue, not just about the practicality of their life but about what they each believe. Maybe they share some encouragement or some advice or maybe some tears are shed. Or maybe some ridiculously funny thing happens. It's about having a heart-and-soul connection rather than a phone number to double check where the closest Starbucks is in Paris.

Do you have a traveller in mind? Or can anyone make use of this?
The book probably caters toward the idealistic youth heading out from home and excited to see the world. But if there is a 40-year-old investment banker who managed to keep that same joie de vivre over the years, he would probably enjoy it equally. I think it comes down to personality. The people who are buying it are extremely open and eager to share something of themselves.

I won't ask you to pick a favourite entry – that seems unfair …
No, no, I do have a favourite. It's based purely on the quote, because to me it sums up not only the book, but an attitude we all need to have toward life. It's a man named Mathieu Pitkevicht from Paris, and he said, "The winds of fortune tend to favour the sails of those who politely yell out to it, 'Nice to meet you!'" I think it's a motto for life, really.

Available for about $125 at foryouthetraveller.com. 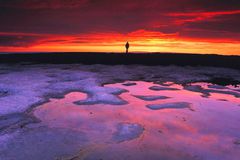 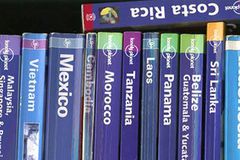 Cost of Canadian passports to rise significantly next year
December 20, 2012 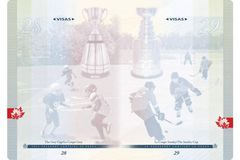