As I cinched up my backpack, I made one last scan of the room – check the outlets, look under the bed and hit the road. Through the small, dusty window the sun was rising, casting a beautiful warm glow over the sheer granite faces of Mount Fitz Roy. I shut the door gently and left two men sleeping in the dorm behind.

My breath quickened and my heart beat faster as I walked out of the sleepy Patagonia town. "This could go horribly wrong," I said to myself as guesthouses, restaurants and ranches faded into the background. Finally, on the edge of town, I dropped my backpack, took a deep breath and stuck out my thumb.

Patagonia is wild. Even in the summer, you can feel the power of ice. Glaciers that continue endlessly into the horizon are just one finger on the arm that is the Southern Patagonian Icefield. These bodies of ice continue to carve each iconic pillar and valley of Patagonia. The entire landscape is a reminder of the ice age.

I came to this country in search of open spaces and adventure. I wasn't alone. Looking out a bus window I saw the big skies and empty landscapes that I craved, only to turn my head and be surrounded by a bus full of Gore-Tex clad foreigners. I needed a change.

Chilean Patagonia is remote. Hundreds and hundreds of kilometres of emptiness separate towns of a few hundred people. The Carretera Austral, a gravel road completed in 1988, is the only pathway that connects these places. It was also to be my pathway north.

A couple of days later, I was sitting in the warm, morning sun repeating, "Yo voy Lago del Desierto," over and over, getting used to the phrase on my tongue. The hours passed, a car pulled over, a window was lowered and a tan, bearded man asked, "Donde vas?"

He motioned for me to get in and said something in Spanish that I had no hope of understanding. Thrilled at my success and armed with a goofy grin we spent the rest of the ride in silence as my hiking boots stunk up the vehicle. This is adventure, I thought, this is what I came here for.

The passenger seat became my Spanish classroom, I sang Madonna with strangers, said "no intiendo" – I don't understand – a million times, and spent endless hours creating games and reading alongside the dusty road. I swam in deserted glacial lakes, got mild hypothermia in the back of a pickup and spent a week living with a family in a town of 300 people. I baked bread with grandmas, went for hikes alone and usually had no idea of what was going on. The unknown was exciting. I had stepped outside the guidebook.

The kindness and openness I encountered was heartwarming as strangers generously shared their passenger seat, meals and homes with a goofy Canadian kid who was clearly out of place and in need of some kindness.

Hitching allowed me to slow down and hear stories I otherwise would have missed; I talked to a farmer in the mould of Paul Bunyan who couldn't stop laughing and insisted he lived in the best place on Earth; I met gauchos who ranched in traditional ways and were fighting against dams being built in Patagonia and young parents who worried about moving to a larger city for their daughters' education.

I felt like a bad ass but it doesn't take long for travel to humble you. Right on queue I began to meet the cyclists. I met a young man who'd spent 18 months biking from Minneapolis to Tierra del Fuego, two French cyclists circumnavigating South America and another who had biked across China. I had a deep sense of wonder for these journeys and how wildly different they were than my own. I was inspired.

The grass was always greener – tempting me to venture out into new wild pastures that I could never quite reach. Sitting for hours, in the dust, waiting for a ride, no longer seemed so adventurous. I began to imagine jumping on my bike and riding some absurd distance. Of really letting go and taking the time to push myself in a way I never imagined possible.

Days later, while snacking on dulce de leche and waiting for a ride, my mind began to wander. I imagined being on a bike with the wind in my hair, dust in my eyes and legs burning. I smiled as I powered through the mountains, the granite pillars and the crystal blue lakes of my mind.

And then, through the dust, a long, lone figure appeared. I squinted and then laughed. A unicycle was coming toward me. It was unreal, mystical even, and yet very real. Some experiences you just can't have from the seat of a tour bus. 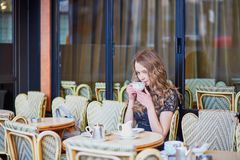 How my broken French saved the day in the most unlikely way
September 5, 2016 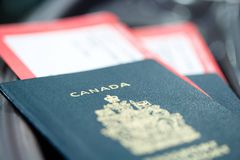 In my perfect-for-Italy skirt, I had a perfect Marilyn Monroe moment
September 5, 2016 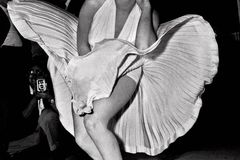