Rushing from stale airplanes and junk-food-filled airports to rubber-chicken dinners takes its toll, so hotels are dreaming up creative ways to help frequent fliers stay fit and healthy.

"Running buddies," who take guests on safer, scenic routes through a new city, are all the rage, for instance. And at Hôtel PUR in Quebec City, you don't get just any buddy: Your guide through the historic downtown is none other than the general manager, Vincent Dufresne, who considers these predawn jogs invaluable for getting to know guests better.

Hotels may not widely advertise all they can offer to fitness-minded travellers, so it's best to ask before booking, advises Toronto-based fitness advocate Susan Sommers, author of the new book Power Source for Women. While staying at Le Meridien San Francisco, for example, Sommers, 66, was pleasantly surprised to find her used gym clothes washed and returned to the room free of charge.

Other hotels are offering star trainers, adding low-cal menu choices, and tricking out spas or gyms with funky gadgetry. Here are the trendiest offerings:

Amerispa, ESPA and Exhale Spa are some of the big chains setting up in hotels: ESPA generates buzz at Acqualina Resort & Spa, in Miami. Exhale Spa, which owns dozens of retail outlets, is found at New York's new Gansevoort Park Avenue, the Klimpton chain's Epic Hotel, in Miami, and Fairmont Battery Wharf, opening soon in Boston.

The big guns aren't just capable of mani-pedis; they now offer holistic healing. Exhale Spas, including the one at Gansevoort Park Avenue, take the concept furthest with a "reproductive wellness program" of fertility-boosting acupuncture to prepare couples for in-vitro fertilization. San Francisco's The Healing Arts Center and Spa at Cavallo Point staffs an acupuncturist, hypno-therapist and shaman.

Hotels are wooing picky eaters, or those with digestive problems, with calorie-counted, gluten-free and extreme customization of menus. The Intercontinental Hong Kong's iHealth menu, developed with a hospital, takes aim at diabetes, cardiac disease and hypertension. Delta Hotels' "our kitchen is your kitchen" vow means every off-menu request is fulfilled - chefs at Delta Winnipeg once blended a prime rib dinner into a shake served with a straw for a guest who had trouble eating. Westin Hotels and Resorts has a nutritionist-approved SuperFoodsRx menu, complete with fact sheets.

Freshstay.com tracks an ever-growing list of dust-busted hotels around the world. Boston's XV Beacon puts a medical-grade air purifier in your room for a fee; Hyatt Hotels and Resorts will launch hypo-allergenic rooms in December; and Doubletree Hotel Tulsa-Downtown keeps an entire floor sneeze-free.

While some hotels loan expensive cars to their clients, others are pedalling a healthier option: bicycles. Paris's Le Meurice and Hôtel Plaza Athénée lend bikes for sightseeing; Fairmont President's Club members have priority access in certain cities; and there are "bike valets" at Ritz-Carlton, Charlotte, N.C., and at Park Hyatt Toronto.

Fairmont President's Club members can borrow Adidas gear and gym shoes, and a preloaded MP3 player. Sheraton lends a similar "gym-in-a-bag," is offering "fit meetings" group workouts instead of coffee-and-croissant breaks, and its new Core Performance centres have 20-minute exercise routines. Instead of sweating with the rest, Westin guests may pay for a private workout room. 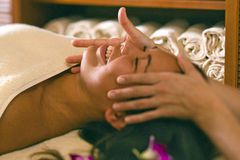 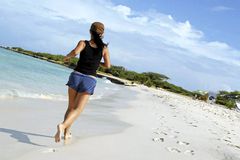 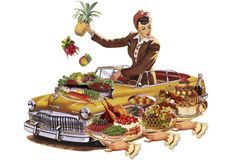 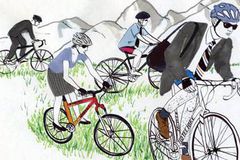