Heading west? Hop over (via plane or ferry) to Haida Gwaii. The dagger-shaped archipelago's Haida Heritage Centre provides an in-depth introduction, while the cultural boat tours offered by Haida Style Expeditions are also recommended – especially when they include the totem-studded old villages of Gwaii Haanas National Park Reserve.

On the B.C. mainland, consider the architecturally dramatic Nisga'a Museum in Laxgalts'ap, where spirit masks are a highlight of hundreds of intriguing artifacts, or make for Whistler's wood-beamed Squamish Lil'wat Cultural Centre. Add a visit to the resort's newly opened Audain Art Museum, where historic and contemporary indigenous artworks jostle for attention.

On Vancouver Island, book interpretive canoe tours with Tofino's T'ashii Paddle School or plunge into a daylong arts and cultural experience around Alert Bay with Sea Wolf Adventures. Activities such as these typically run in the late spring and summer – the perfect time for a Talaysay Tours guided walk back over on the mainland in Vancouver's Stanley Park.

Staying in Vancouver? Check into Skwachays Lodge, where the rooms have been designed in collaboration with First Nations artists, and add dinner across town at the Salmon n' Bannock bistro. Then visit the city's celebrated Museum of Anthropology at UBC and the Bill Reid Gallery of Northwest Coast Art.

Aboriginal Tourism BC's attraction-packed website indicates this may be the best province for visitors aiming to maximize indigenous experiences in a limited time frame. But it's not the only region with unique options.

On my last visit to Alberta, I checked out the top-notch Blackfoot Crossing Historical Park as well as the evocatively named Head-Smashed-In Buffalo Jump, a UNESCO World Heritage Site. Both have museums and interpretive programs, and the former's popular tepee sleepovers and World Chicken Dance Championship add to its appeal.

While Saskatchewan's Wanuskewin Heritage Park, with its guided tours and cultural performances, is another popular Prairies option, Canada's North is also a hotbed of indigenous experiences. July's three-day Moosehide Gathering near Dawson City and Whitehorse's Adäka Cultural Festival are alive with music and dancing. (Peruse additional Yukon options via yfnct.ca.)

Montreal should also be on your radar, especially for August's week-long First Peoples Festival of crafts, concerts and a colourful parade. Can't make it? Visit Quebec's striking Aanischaaukamikw Cree Cultural Institute in Oujé-Bougoumou; book a stay and interpretive tour at the swish Hôtel-Musée Premières Nations; or peruse additional regional options at quebecaboriginal.com.

Heading to the Maritimes instead? Nova Scotia's Cape Breton is studded with Mi'kmaq cultural experiences – check in with the Wagmatcook Culture and Heritage Centre or book tours with Eskasoni Cultural Journeys. Alternatively, plan your own aboriginal road trip in the province.

Planning, of course, is the key to any successful trip. Wherever you're heading to in Canada this summer, do a little research beforehand via the resource-packed Aboriginal Canada website. You'll likely find a captivating experience or two just around the corner.

Some very reasonable and very authentic art and paddles from Ontario's First Nations are available via Algonquinheritage.com. Rob Gordon

There are lots of good stops in the Yukon. I like George Johnston Museum [gjmuseum.yk.net] in Teslin on the Alaska Highway @ryanvb

Years ago I went to the Moosonee and Moose Factory area in Ontario. I loved the tours and the knowledgeable guide (botany) @canyakker

In Alberta, Head-Smashed-In Buffalo Jump and the Blackfoot Gallery at the Glenbow Museum @nessincalgary

Crawford Lake Conservation Area is only an hour's drive west of the Greater Toronto Area. A 15th-century Iroquois village has been rebuilt there with staff and programs. The lake is a rare meromictic type ie., water that does not naturally mix, so the sediments reveal life as it was when the Wendat people lived in longhouses on site well before contact with the first European settlers, like the Crawford family. T. Mosher

National Aboriginal Day, June 21 in Saskatoon, is always a big event with much drumming and dance. Costumes can be amazing. PowWow activities take place across Western Canada during the summer. Historic sites like Wanuskewin ,Writing-on-Stone and Head Smashed-In are all excellent. Lorne Sully

Each year we attend the Rama First Nations Pow Wow in August. Only an hour and 15 minutes from Toronto. Aboriginal music, dancing, art, and food in an outdoor setting. The costumes are amazing. Barbara Browne

Two places well worth visiting in Alberta are Head- Smashed-In Buffalo Jump, a UNESCO site and Writing-on-Stone Provincial Park. Don't miss the Rock Art Tour – not only for the pictographs but because guides are masterful at describing the Blackfoot history. Leigh @hikebiketravel

The Haida Heritage Centre in Skidegate, B.C. They've done a fantastic job of telling the stories and history of Haida Gwaii @WendyHartley

Ucluelet [Vancouver Island]. They have some amazingly-run aboriginal accommodations and tours, including a traditional canoe ride @driftink8te

In Alberta, abundant opportunities: The Calgary Stampede Indian Village, July 8-17 In Banff, The Whyte Museum of the Canadian Rockies and the Luxton Museum. Hope Smith

I canoed from Mattice to Moose Factory, Ontario to go and work there. I loved it – a great community. I also travelled the winter road to Kashechewan @Concept2lidee

Southwold Earthworks National Historic Site commemorates a 16th-century aboriginal village of Neutrals who were massacred by raiding Iroquois, near St. Thomas, Ont. Near Midland, Ont., is Martyr's Shrine, a church erected in honour of martyred 17th-century missionaries at Sainte-Marie among the Hurons – a recreated village that was originally the headquarters for the French Jesuit Mission to the Huron Wendat people. Janice Middleton

Check out Great Spirit Circle Trail on Manitoulin Island for ideas. Also, there are several traditional Pow Wows on the island in summer @GoneWithFamily

I loved my tour with Sea Wolf in Alert Bay, B.C. @kattancock 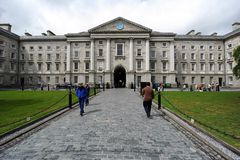 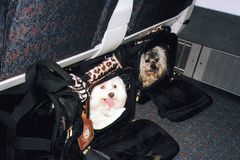 Where are the best places to watch wildlife in Australia?
February 25, 2016 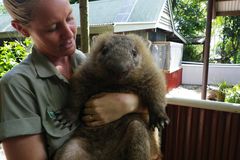