Finding safe destinations as an LGBT couple can be tricky, but cruise lines are becoming increasingly welcoming. Andrea Chiu reports 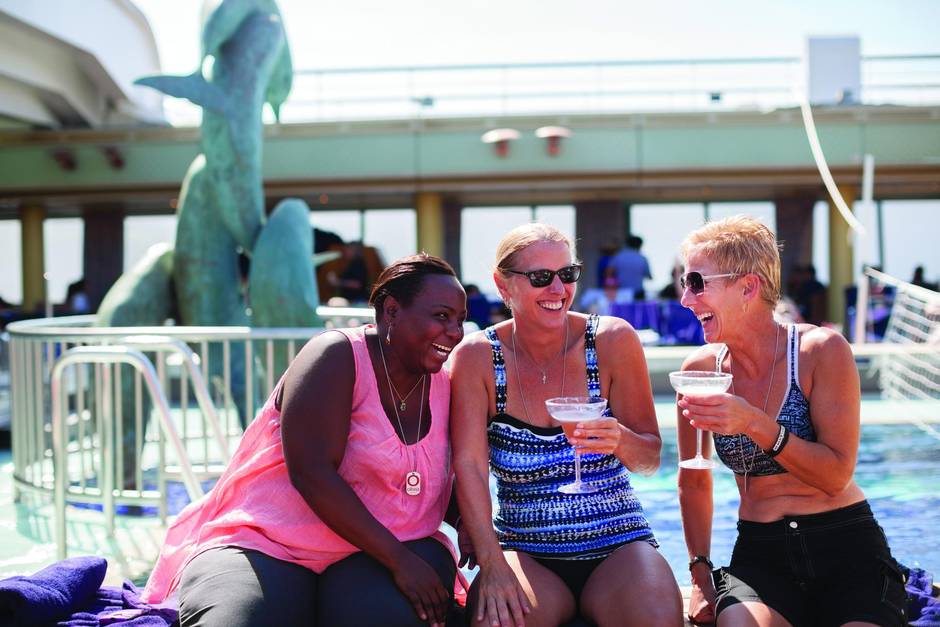 Some tour companies, such as Olivia, offer exclusive gay and lesbian cruises. Some LGBT couples have found cruises to be more inclusive than resorts. (Olivia)

When my partner and I went to buy our first car together, the Hyundai sales associate was confused by our relationship. I’m of East Asian descent and my partner is Caucasian. We look nothing alike, but still, the salesman asked, “Are you sisters?” These uncomfortable interactions happen to almost every same-sex couple. For the most part, they’re rare in our everyday lives. We only think about awkward moments such as these when we plan our vacations.

Last year, we decided to escape a particularly nasty winter with a trip to warmer weather. In our eight years together, we had never taken a sun vacation and we didn’t know where we should go. We just knew that we wanted the pleasures of an all-inclusive environment and we wanted to not only feel safe, but welcomed as a couple.

Online, I read other LGBT couples’ accounts of awkward check-ins when hotel staff asked if they wanted separate beds or questioned their relationship. Even worse, there were stories of resort staff harassing same-sex couples, sometimes forcing them to end their holidays early.

We already knew that countries such as Jamaica were especially unfriendly toward gays. It was only in 2004 that the couples-only resort company Sandals quietly allowed same-sex couples as guests – a year before Canada legalized same-sex marriage. This, combined with reports of homophobia at various on-land spots, left us feeling unenthusiastic about vacationing at a resort.

We ultimately chose to take a five-day cruise over staying at an all-inclusive resort because we thought it would be more LGBT-friendly. I read message board threads on CruiseCritic.com assuring me that ships welcomed gay couples and most cruise lines hosted LGBT happy hours.

When we boarded the Caribbean Princess ship in Fort Lauderdale, Fla., we had no plans except to relax with frozen pina coladas and go on preplanned excursions at our two ports of call. In Costa Maya, we would tour Mayan ruins and in Playa del Carmen, we’d have a chance to see the breathtaking underwater caves in Rio Secreto.

At the first LGBT get-together, we were surprised by the number of attendees. Aboard our ship, we were significantly younger than the average traveller but there were dozens of queer passengers of all ages at the cocktail event. It was here that we met Ellen and Judy, a retired couple from Brooklyn, N.Y., who had recently got married.

“I don’t know if it’s they’re really looking to recruit gay and lesbian people on cruises, but they do make effort to make it inclusive,” said Ellen, who travels both on cruises and to resorts. “They promote it in the pitter patter so that people are aware of the events. That’s definitely a plus; you don’t see that in resorts and hotels.”

Judy added that they have noticed staff are generally better trained to be more inclusive. 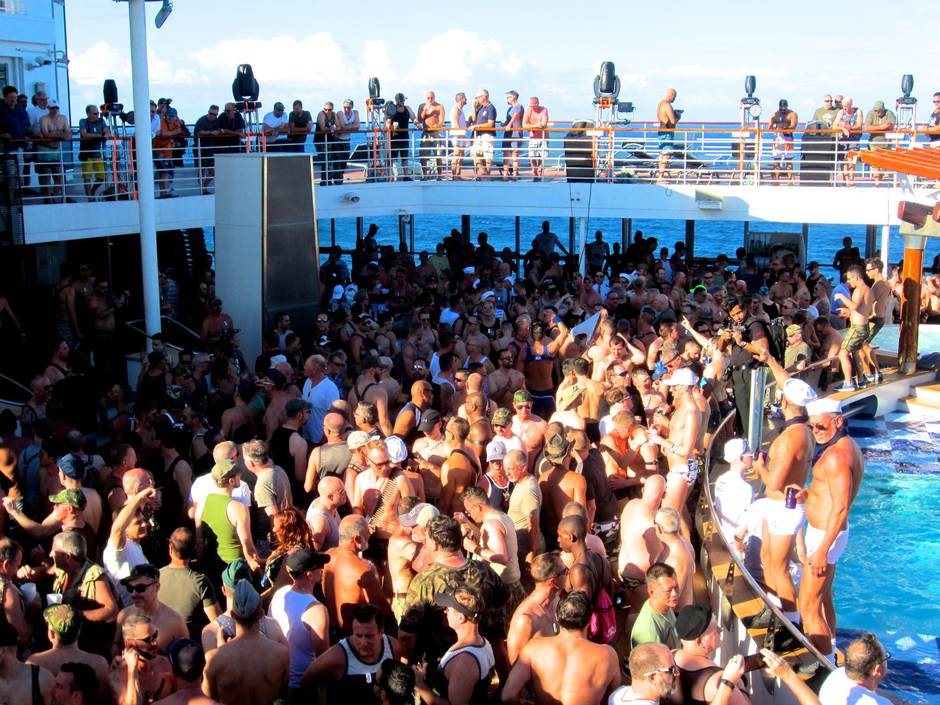 A party fills the deck on board a Caribbean cruise with Atlantis, which organizes exclusive gay tours. Some other cruise lines offer LGBT get-togethers, such as cocktail hours. (Tim Stewart)

“When we had our pictures taken, they asked us what our relationship was. They didn’t just assume we were sisters or friends like they did in the past, so they posed us like they would another couple.”

These small touches may not be noticed by other vacationers but they make a difference to LGBT travellers. Unlike our earlier experience, the ship staff didn’t assume my partner and I were just friends.

Some cruise lines are going a step further. MSC, Celebrity and Norwegian Cruise Lines are leading the way with same-sex wedding packages and work with specialty tour companies such as Atlantis and Olivia, which organize exclusive gay and lesbian cruises and tours respectively.

“We began offering destination same-sex ceremonies as soon as it was legal to do so in the port city,” said a spokesperson for Norwegian Cruise Line via e-mail. “So, for example, Miami, Tampa and Port Canaveral began in January 2015 and then we rolled it out to all U.S. cities once the Supreme Court decision was handed down.”

Still, incidents show that we’re not yet fully accepted in paradise. Late last year, there were news reports about 35-year-old Bernardo Elbaz, who went overboard and drowned after an alleged altercation on Royal Caribbean’s Oasis of the Seas with the ship’s staff. Prior to the incident, he and his husband had complained that staff were harassing them with homophobic remarks. Elbaz’s lawyer claims he was driven to jump, while the cruise line states Elbaz was involved in a domestic dispute in his stateroom and jumped overboard on his own.

In the same week, the Advocate, an LGBT magazine and website, reported that a transgender group filed a complaint with Royal Caribbean after alleged poor treatment aboard Brilliance of the Seas.

While Ellen and Judy have not experienced outright homophobia from ship staff, they are aware that fellow passengers are not always as welcoming. Four years ago, they were seated at a shared table with three other couples. After introducing themselves to the other guests, they were ignored by two couples for the rest of the meal.

“They’ll share their table with you, but they’re not interested in hearing about your lifestyle,” Ellen recalls, adding that at least the other couple at the table were supportive and friendly toward them. 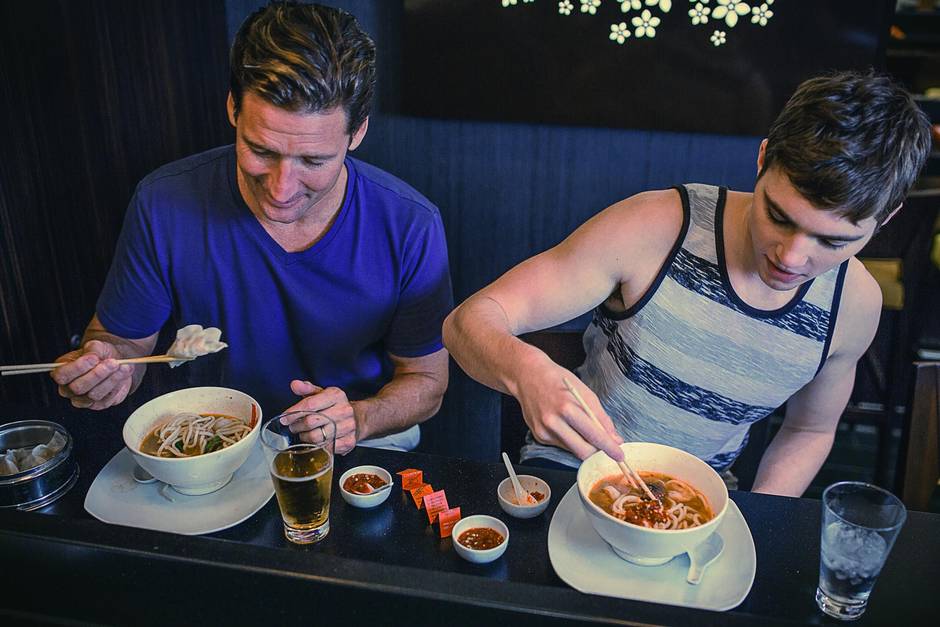 While many cruise lines are making efforts to be more inclusive, fellow passengers are not always as welcoming on cruises where LGBT travellers are not in the guest-majority. (Steve Beaudet)

It’s incidents such as these that remind LGBT travellers that although cruise ships are making progress, not everyone on board is inclusive.

This may be one reason why LGBT travel companies such as Olivia and Atlantis continue to expand their offerings.

“We create an environment where you’re free to be yourself every minute of every day, and be on a vacation where you are part of the guest-majority,” said Judy Dlugacz, founder of Olivia Travel. “No matter how out you are, there is something that simply cannot be denied when, as a community, we are more relaxed and creating an amazing environment when we’re together.”

Although we weren’t part of the guest-majority aboard the Caribbean Princess, we were pleasantly surprised at how many other LGBT travellers were present. On the final night, after an enthusiastic karaoke event, a fellow guest introduced himself, his husband and their lesbian friends to us.

“We’re everywhere,” he said with a wink.

John Tanzella, CEO of the International Gay and Lesbian Travel Association, cautions all travellers to research their destinations no matter who they’re travelling with.

He always recommend travellers look into the destinations, review Canadian or U.S. government travel warnings as well as research LGBT-friendly travel agents and companies on sites such as IGLTA.org.

“We always tell people whether they’re straight or gay, to be mindful of the laws of every country.”