I used to think it was about charm and a good backstory. But even when I was flying 5,000 kilometres across the country trailing my wedding dress for a hometown ceremony, my fiancé and I couldn't get upgraded. I now know it's largely about one thing: status.

"Getting upgraded at the gate is far more difficult than it used to be," says Brett Snyder, who runs the Cranky Flier, an award-winning blog. "Flights are a lot more full and most upgrades have been processed in advance. But if upgrades are available at the gate, they will usually go to the elite members in the airline program. … It's rare that flirting or just being kind will get you anywhere these days."

And the number of first- and business-class seats has shrunk "since so few travellers are willing to pay for upgrades outright," says Tim Winship, a spokesman for FlyerTalk, a popular online forum. "This has made upgrades more difficult to come by than ever."

But there are ways to get that comfy seat without paying top dollar.

The main way is through joining an airline's loyalty program: Air Canada's Top Tier (soon to be Altitude); Cathay Pacific's Marco Polo Club; Delta's SkyMiles; British Airways' Executive Club and on it goes. (WestJet, democratic nation that it is, has no upper-class seat section for reward-members to scheme into.)

The benefits of such memberships include access to airport lounges, recognition with partner carriers, and the big one: the coveted upgrade certificate.

This is the one that causes veteran traveller Steven Larkin to "chase status," as he puts it.

"For me it's all about the seat, especially on the long haul," says Larkin, president and CEO of Adventure Center. "The ability to lie flat, stretch your legs, have a couple of drinks and a nice meal, and wake up in the morning on the other side of the Atlantic or the Pacific and feel refreshed and ready to hit the road running – that's the true benefit of travelling in business class."

He's held Super Elite status with Air Canada since 2004 – that's 100,000 miles of travel a year – and he's used his upgrade certificates to fly business class from Australia to Argentina.

But once you've made the club, it comes down to a status showdown over which level – Prestige? Elite? Super Elite? – and what ticket class you've booked, and when you booked it to see who comes out in front. (No wonder the gate agents look busy when I approach with a request to have my toddler and I assigned seats together.)

"Many airlines will let you use points to upgrade, but they may only allow you to do it if you have higher-fare tickets," says the Cranky Flier's Snyder. "Every airline has different rules. Don't wait until you get to the gate to do it."

For Aeroplan members, you can use points to both buy a ticket in Executive class or to purchase an upgrade. "Upgrades start for as low as 7,500 miles," says Peter Fitzpatrick, a spokesman for Air Canada. (Check out this chart: www2.aeroplan.com/saua/Chart.do).

As you're checking in your bags ask whether you can buy your way to the front.

"Some carriers, including Air Canada and Jazz, offer last-minute upgrades at the airport," says Winship, who also runs FrequentFlier.com.

"Because it's essentially a fire sale, the prices can be quite modest, compared to buying a first-class ticket." He's heard of this being as little as $50 for shorter flights. (See this link for travel with Air Canada: aircanada.com/en/travelinfo/before/upgradeslastminutes.html).

NEXT WEEK: We want your advice! A reader wonders if heading to Disneyland in December is a good idea. Is it too busy? What's been your experience? Send your words of wisdom to concierge@globeandmail.com. 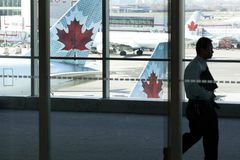 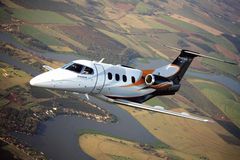 How to take photos of architecture on your travels
August 3, 2012 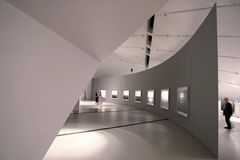