Kyra Smiljanic was enjoying a late-night dinner at La Rua Restaurante in Whistler, B.C. It was a subdued, upscale affair, in the kind of place that doesn't have a stash of high chairs and diners might shoot you nasty glances if your toddler shouts out "Choo choo!" in the middle of your buffalo carpaccio. But the stay-at-home mom didn't have to worry about her two kids, 4 and 2, pulling on the linens or running around the table.

They were safely being tucked in by Robyn Ruholl, a babysitter for Nannies on Call, a woman Smiljanic had only met that evening. As Ms. Ruholl gave the kids baths, served them warmed milk and read them Goodnight Gorilla, Ms. Smiljanic was able to enjoy a peaceful evening out with her husband. Between courses, the nanny texted her updates on the kids' bedtime routine, assuring her she didn't need to hurry over to the hotel room.

Meet the travel nanny. With sitter services popping up at hotels and in well-visited cities, parents are taking advantage. After all, a trip with your offspring can sometimes feel like no holiday at all - same routines, same squabbles, different sunset. Kid camps at all-inclusive resorts, such as Club Med, have been offering this break for years. But travel nannies allow you to vacation beyond the buffet crowd and offer a more tailored experience.

Nannies on Call, which started in 2001 in Vancouver with five nannies, has expanded to 400 nannies in five cities across Canada. Half of its business originates with leisure and business travellers, says founder Michelle Kelsey. The service also teams up with a number of hotels including the Four Seasons Hotel Vancouver and The Fairmont Royal York in Toronto. The nannies take their young charges out for pedicures or to play in parks, or simply tuck them into bed, Ms. Kelsey says.

In vacation hot spots such as New York, there are numerous nanny services including the long-running Baby Sitters' Guild and NYC Nanny Finder, which allows you to preview caretakers' video profiles online. In the Big Apple and Chicago, Sitters Studio offers "Artisitters" who arrive not only with childcare experience, but also backgrounds in theatre, music and art. (If your young one, for instance, belts out Glee tunes in the bathroom mirror, she might be matched with Allison, a musical arts graduate from Alabama.) Roughly a quarter of its business comes from families on the road, says Kristina Wilson, founder of Sitters Studio.

And in Mary Poppins territory, the five-star Athenaeum in London boasts the city's original Kids' Concierge, as well as three on-staff nannies. On a typical weekend, there are 30 kids with their families running around the London hotel, and many more on holidays. The nannies can take the children into the Kids' Room to colour or play Snakes and Ladders or they can head to nearby Green Park with a borrowed bike or kite.

But can you trust someone you've barely met with your precious offspring?

Carolyn Wilman, from Oshawa, Ont., used a hotel-approved nanny while vacationing one spring at Fairmont Le Manoir Richelieu near Charlevoix, Que. Along with Easter-egg hunts and playing in the pool with their 3 1/2 year old, the couple decided to book the hotel's high-end restaurant and a babysitter. The concierge sent a "local grandmother" from a nearby village, and Ms. Wilman said her impressions of the sitter, combined with the hotel's reputation, put her at ease. "If she'd shown up at the door and I'd had a bad gut feeling I would have sent her away. I think you have to rely on your gut."

Most of the nanny services interviewed follow similar screening processes and requirements: childcare experience, criminal background checks and up-to-date first-aid/CPR certification. "We know each of our Artisitters," Ms. Wilson says. "We hold quarterly meetings, they stop by the office, and we do weekly check-ins with their families."

Ms. Smiljanic started using Nannies on Call at home in Vancouver, and then, as she grew comfortable, began using the service while away, including at a wedding in Calgary and at her husband's medical conferences in Victoria and Whistler.

"We've all read horrible stories about travelling and not having proper care," she says. "Even though it seemed like a bit more money, it really did seem worth it for me."

And when it comes to trust, the Vancouver mom knows she can take cues from her kids. Her daughter, Olivia, gave Ms. Ruholl, the Whistler nanny, a drawing to take home, always a stamp of approval for her art-minded child. And the next morning, as the family headed to the hotel swimming pool, the kids asked: "Can Robyn come too?" 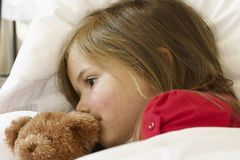 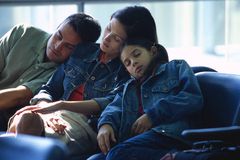 Baby on board: Travelling with young ones
September 17, 2010 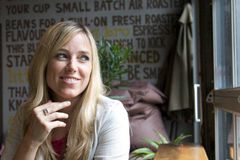 Avoid the family break breakdown
February 29, 2008
Follow us on Twitter @globeandmail Opens in a new window
Report an error Editorial code of conduct
Due to technical reasons, we have temporarily removed commenting from our articles. We hope to have this fixed soon. Thank you for your patience. If you are looking to give feedback on our new site, please send it along to feedback@globeandmail.com. If you want to write a letter to the editor, please forward to letters@globeandmail.com.
Comments