Decades ago, a memorable hotel ad campaign depicted a bedraggled man who emerges from a jungle, only to ask the baffled natives if they could take him to the Hilton. These days, that same rumpled man in khakis would request a locavore seafood feast by campfire, followed by a champagne cruise back to his three-storey villa with Sub-Zero appliances. Yes, today's idea of perfection is a little more needy.

As even chain hotels master what were once luxury amenities – the arithmetical glory of thread counts and screen definitions – some affluent travellers are no longer coveting rooms in high-end properties. They still have grandiose expectations, but they also want a taste of earthly experience. (Witness the growth of the luxury outdoors trend called "glamping.") Wherever they may hang their golf hats or yoga mats, these tourists believe that invaluable family memories – built upon experiences – ultimately yield more ROI than a blingy hotel suite that could be in any city.

One of the companies catering to this burgeoning subculture – serious net worth, overwhelmingly family-oriented – is Exclusive Resorts. It's at the pointy tip where exasperated second-home owners intersect with the need for an authentic (and Instagrammable) experience. One of the leaders in its field, this Denver-based company owns, maintains and staffs 300 multimillion-dollar villas across North and Central America, Europe and the Caribbean. The cost to join is $215,000 and most members buy a minimum of 10 overnight credits for an average of $1,130 a shot. Well, it wouldn't be exclusive if it were cheap.

While that amount may seem punishing to some, Exclusive Resorts' 4,500 members don't suffer in ascetic squalor. The average square footage of the properties is 4,000 square feet. And whether they're beachside in the Bahamas, slopeside in Snowmass, or MOMA-friendly in Manhattan, the villas boast on-site concierges, stocked refrigerators, gourmet kitchens, hot tubs, media rooms and daily housekeeping.

A member also has access to an "ambassador" who sets up travel plans, events and excursions. A family can use credits toward a villa, rare wine tastings or heli-skiing – or arrange for access to special events such as the Kentucky Derby or the Masters (sometimes, even the players behind the scenes).

"For people who have wealth, luxury is not so formulaic," said Philippe Bourguignon, the former CEO of Club Med and Euro Disney – and onetime co-chair of the haute international thinkfest Davos. "It's no longer a guy in white gloves who serves you dinner. That's gone. Luxury is what you decide is luxury, and people define luxury differently. So the customized experience is a huge trend among wealthy people."

The large hospitality groups, he says, have been so obsessed with reaching critical mass that they have lost their experiential touch. They have become impersonal commodities, selling the same rooms across the world. "How come when you travel with one of those luxury hotel companies, nobody called ahead of your trip to help you organize? How come they don't plan your stay at the hotel before you arrive? How come they have to watch on the computer to welcome you back?"

In some respects, ER borrows its high-flier business model from the plane-sharing club NetJets, but it also takes a cue from frustrated second-home owners. "You have this huge movement toward sharing: Why should I own something I could share? Today it's homes and tomorrow it will be tools," said Bourguignon, who is also a board member of Zipcar. "And then you have conventional renting, and then there are solutions like ours. We are more an alternative to secondary homes."

ER, owned by former AOL CEO Steve Case, has just launched a new Canadian program, Gateway, which is a scaled-down version of membership. Acknowledging that many upper-income Canadians already own a second property, the company hopes it can entice vacationers who are looking for a wide range of customized experiences. As opposed to the regular country-club model, Gateway is more a luxury version of a cash card. A joiner pays $40,000 for 21 nights and has to use up the amount in three years.

Bourguignon says the average net worth of each member is around $5-million (U.S.), apart from their primary residence. The average household income is higher than $400,000. And while some are big executives at Google or Facebook, or Wall Street traders, most are lawyers, accountants and small-business entrepreneurs.

DJ Duckworth, a former journalist married to a telecom CEO, has been a member for seven years. "It's been a home run out of the gate," she said. She recently stayed in Deer Valley in a ski-in/ski-out house equipped with four bedrooms on three levels, a hot tub, heated floors and a steam shower. When she couldn't find her favourite bottle of pinot grigio because she was visiting a dry state, her concierge gave her a vintage from his own collection.

A onetime resident of Jonesboro, Ark., Duckworth and her husband moved to New York in 2010, a life-changing event she credits her on-site concierge with. They were staying at an ER property and realized that they wanted to live in the Big Apple. Her concierge was on the case immediately. "Mark was scouting real estate for us. He took off days for us and helped us find the right broker and what we now call home."

Members generally praise the concierge service. Wayne Albo, a decade-long member who works in Toronto's financial sector, said he enjoys the private-chef service, but likes to switch things up, so during one trip his concierge enlisted some notable chefs from the area. Toronto member Tamara Lindsey, an accountant, lauded the attention her concierge paid to her kids, driving them around and dressing them. "They go way beyond the call of duty."

The one common complaint is the paucity of properties during school vacations, a major issue for a family-driven business. For parents, getting a property means planning years in advance, which may not always jibe with the philosophy of a company that promotes turn-key convenience. "I don't think I want my life being so structured," said Albo, who said if he can't land a property during the holidays, he'll book a trip with another company.

To make up for the attrition, ER is adjusting. It inked a deal with cousin company Inspirato that allows members to access its properties, which comes in handy during high season. Led by ER's co-founder, Brent Handler, Inspirato has many of the same services but its payment model is more back-loaded: an inititation fee of $17,500, an annual fee $3,100, and every night is a la carte. Rates will spike during holidays. "We see ourselves as more complementary," said Handler, whose company is also based in Denver. "It's more pay-as-you-go, market-based pricing."

In another effort to keep families within the fold, ER has journeys such its "Kids Take" series, which offers VIP trips to destinations such as Walt Disney World, or a March Break surfing trip in Costa Rica. If worse comes to worse, the company holds back a few properties around holiday seasons and allots them randomly – at which time members can always hope that most old-fashioned dream will come true: winning the lottery. 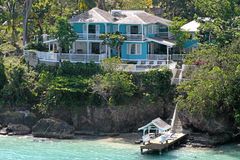 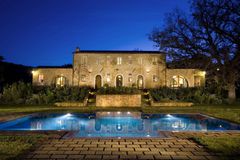 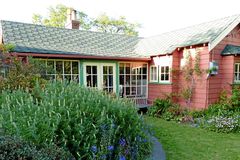 Rent a villa in Cefalu for your own holiday paradiso
August 6, 2011 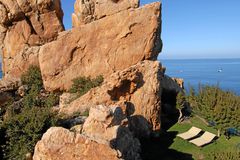