His company is known for its true-to-history clothing items, but now John Peterman is hanging his hat on the playfully fictitious Urban Sombrero. Yes, the wacky head-wear innovation from the iconic television sitcom Seinfeld, in which Julia Louis-Dreyfus's character Elaine Benes, in charge of the J. Peterman catalogue, invented a topper that "combines the spirit of old Mexico with a little big city panache."

Some 20 years later, the company and its namesake founder Peterman have launched a Kickstarter campaign to revive two actual catalogue items from the past (a classic flapper-era dress and a seventies motorcycle jacket), and to put one pop-culture piece of inappropriate head wear on the market for the first time. Donators to the cause of the sombrero and the other pieces will receive gifts from the catalogue, and those contributors with $8,600 (U.S.) to spare will buy themselves a shopping trip to France or Britain, accompanied by J. Peterman himself. We spoke to the adventurous Peterman from his company's headquarters in Lexington, Ky

If people know John Peterman, they probably know him from John O'Hurley's whimsical portrayal of you on the nineties sitcom Seinfeld. Can you describe yourself, relative to the television character?

Sure, I can do that. It's like night and day. John O'Hurley and I are very good friends. They say opposites attract, so there you go. But I'm the type of person who could get along in life without a lot of material things, although I do like them. I'm a fairly simple guy. John described me once, that if I were on a boat going someplace I'd wind up playing cards with the crew rather than spending my time with the other passengers.

Have you done that, play cards with the boys in the engine room?

Do you know why the writers of Seinfeld chose you and your company for the show?

Jerry Seinfeld and [the show's co-creator] Larry David were fans of the company. All Hollywood were big fans, from Tom Hanks to you name 'em. Jerry and Larry enjoyed the writing in the catalogue, and, being creative guys, they thought it would be a good idea to make J. Peterman the next boss of Elaine.

What effect did the placement of J. Peterman in the storyline of such a popular series have on the company?

And it worked out well for O'Hurley, too, I imagine.

Well, he later told me that getting the J. Peterman part was like being traded to the Chicago Bulls, when Michael Jordan was there.

And now the connection with Seinfeld continues, with the introduction of the Urban Sombrero, Elaine Benes's crazy product idea, as an actual J. Peterman product. Given that you've based your product line on products that have a factual, historic romance to them, how can you justify a fictional hat?

Well, for 20 years John O'Hurley has wanted us to do the Urban Sombrero. I would tell him that it's not an authentic item. But, you know, with the sombrero, here's what happened: Time happened. It's now an authentic item of the past. It's become a part of pop culture, so it's legitimate for us to do it.

You're known for travelling the world in search of edgy, authentic clothing items. Any adventures that stand out?

Lots of them. I've been to 65 or 70 countries. I took a camel caravan across a desert in Pakistan. Once, for our Otavalo Mountain Shirt, I actually bought the shirt off an Indian's back in Ecuador and had it made for us. And one time we were doing a pilot for a television program in Bangkok. It didn't come out, but they filmed me driving one of those long boats, the ones with the automobile engines. It took me a little while getting used to, because those things are pretty powerful. I was learning how to drive it, and I drove it right up through the camera boat. That one's on film.

Someone once said that life begins at the end of your comfort zone. Do you relate to that?

That pretty much describes my whole life. Did I say that, or was it somebody else? [Laughs.]

It was the American author Neale Donald Walsch who said it.

A visit to the world of Twin Peaks is still majestically creepy
April 18, 2016 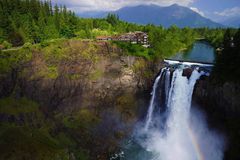 Exploring the mystery and beauty of language in Italy
April 14, 2016 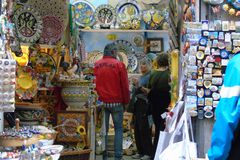 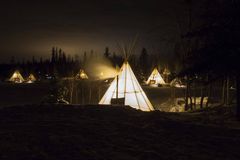