Every summer, Colleen Tully and her husband pack up their gear and trek to a national or provincial park to camp for a weekend. Most years it goes well. One year it didn’t.

The two had set up a cheap tent near a cliff overlooking the ocean. “In the middle of the night, the wind was so crazy that the tent was punching the two of us in the back of the head,” Tully says. The fly, which covers the top of the tent, was blown away. “We’re naked. It’s the middle of the night. We can’t see. There are bears and animals all over the place. We’re running around the campsite chasing this fly, hoping to God it doesn’t fly into to the ocean.”

The two dressed, packed up and drove to the nearest motel.

But that experience didn’t stop Tully, a freelance editor, and her husband, a data manager, who live in Toronto, from camping. And despite the many other options increasingly available, the two still prefer to sleep in a tent.

“I enjoy roughing it,” Tully says. 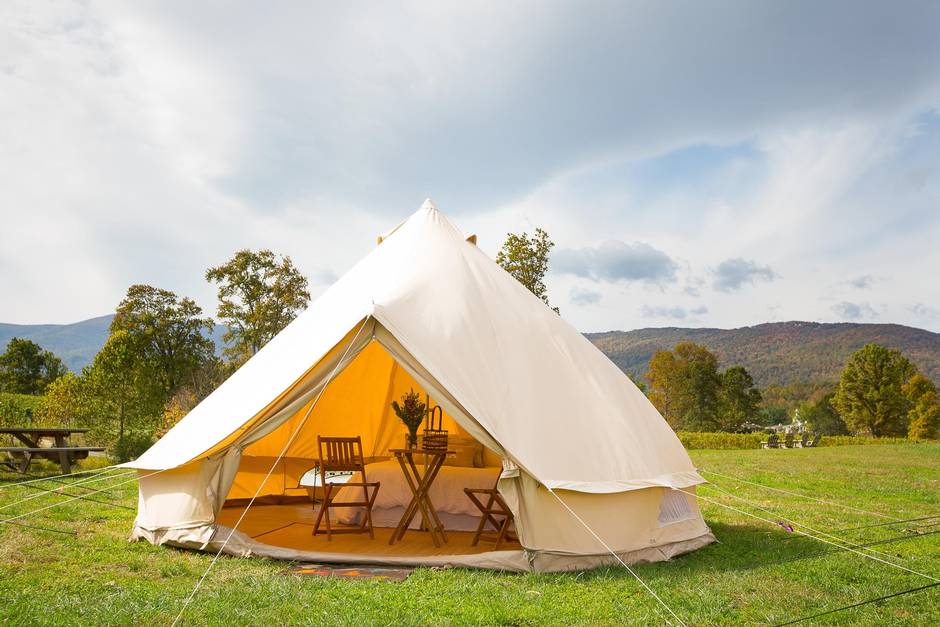 Whether they’re headed to national and provincial parks or music festivals, campers are looking for a more comfortable way to connect with the great outdoors.(Jack Looney/Courtesy Way Home Music Festival)

Camping out under the night sky may be a favourite Canadian activity in the popular imagination, but we are less enthralled by its buggy, often uncomfortable and usually unpredictable realities than we once were.

From 2009 to 2014, overall attendance at Canada’s national parks grew by an anemic four per cent – not even close to keeping pace with the country’s population growth over that time period.

At the same time, conservationists and other advocates are sounding alarm bells over our disconnection from nature, something they agree may be contributing to attention deficit hyperactivity disorder in children and influencing our attitudes regarding habitat loss and climate change.

“This disconnect between people and nature ranks as one of the greatest and most overlooked crises of our time, right up there with climate change and species extinction,” says Scott Sampson, author of How To Raise A Wild Child: The Art and Science of Falling in Love with Nature. “A generation from now, if kids have never had a chance to really interact with those places, they’re just not going to care about them.”

But it may not be that we are reluctant to camp. We just want to do it in comfort, or without the economic strain of shelling out for gear that sits unused for most of the year. And both conservation groups and campgrounds with dwindling attendees are finding different ways of adapting to this new reality. 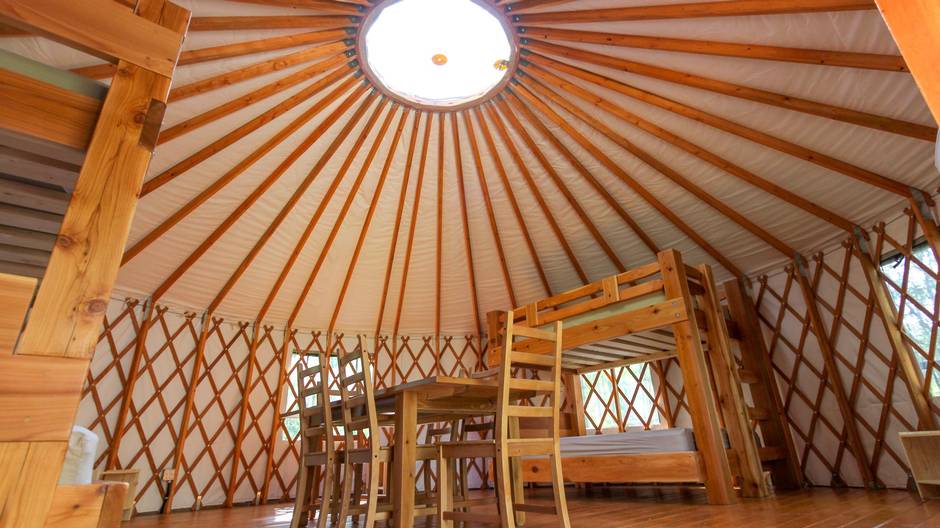 Last year, the Canadian Wildlife Federation launched The Great Canadian Campout, which aims to get 1 million people camping by July, 2017, the country’s 150th birthday. “The inherent connection with nature that Canadians have … It’s being challenged pretty significantly,” says James Bartram, director of education at the non-profit.

“The bottom line is, all conservation organizations in the developed world are facing something of a crisis of constituency,” Bartam says.

Camping has been hit especially hard in Canada’s two largest and most populated provinces. In Ontario, overnight stays in provincial parks plunged 10 per cent between 2000 and 2013. Since then, attendance has been “stable,” says Anne Craig, senior marketing specialist at Ontario Parks. “But we’re certainly aware that Ontario’s population is growing, and that it’s growing in different ways than it has in the past. Growth is largely coming from immigration, and new Canadians often don’t have a tradition of camping.”

In Quebec, campsite occupancy dropped 8.7 per cent between 2006 and 2009. Perhaps the most telling statistic from the report by the province’s ministry of tourism was this: The rate of people opting to sleep in a tent fell by 34 per cent.

This year, Ontario Parks hopes to persuade more people to go in to the woods for their personal well-being, through Healthy Parks, Healthy People, a global movement based on the beneficial links between nature and human health, which include lowering blood pressure, strengthening the immune system and helping fight ADHD. 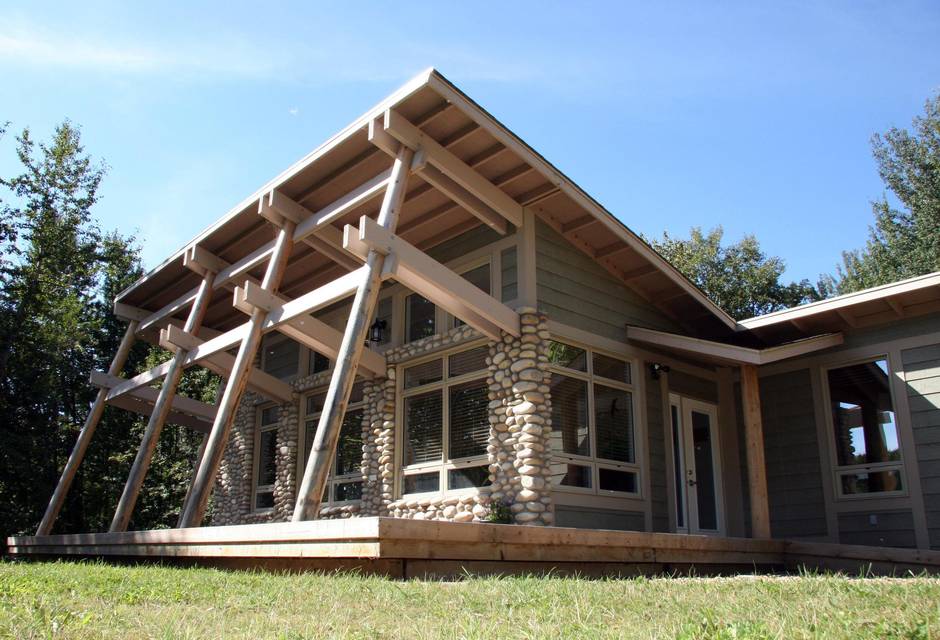 A report on the camping industry in Canada released last month found that 26 per cent of private, not-for-profit and municipal campgrounds reported a decrease in the number of overnight tent campers in the past five years.. (Alberta Parks)

As well, Ontario Parks offers a Learn to Camp program, which has attracted more than 9,000 people, at nine parks in southern Ontario, all of them close to the GTA and other urban centres.

Even as they work to coax people into the great outdoors, parks organizations are increasingly recognizing that the problem isn’t that we don’t want to venture into nature – we often just don’t want to rough it.

“People are looking for comfort,” says Maryse Catellier, president of the Canadian Camping and RV Council, an industry association.

“They like camping, but they want to do it in a nice way.”

A report on the camping industry in Canada released last month by the council found that 26 per cent of private, not-for-profit and municipal campgrounds reported a decrease in the number of overnight tent campers in the past five years. The figure was 28 per cent for federal and provincial campgrounds.

Meanwhile demand for other types of lodgings, including yurts and cabins, has surged: 53 per cent of private, not-for-profit and municipal campgrounds reported increased demand for cozier options, a figure that jumped to 79 per cent among federal and provincial campgrounds. 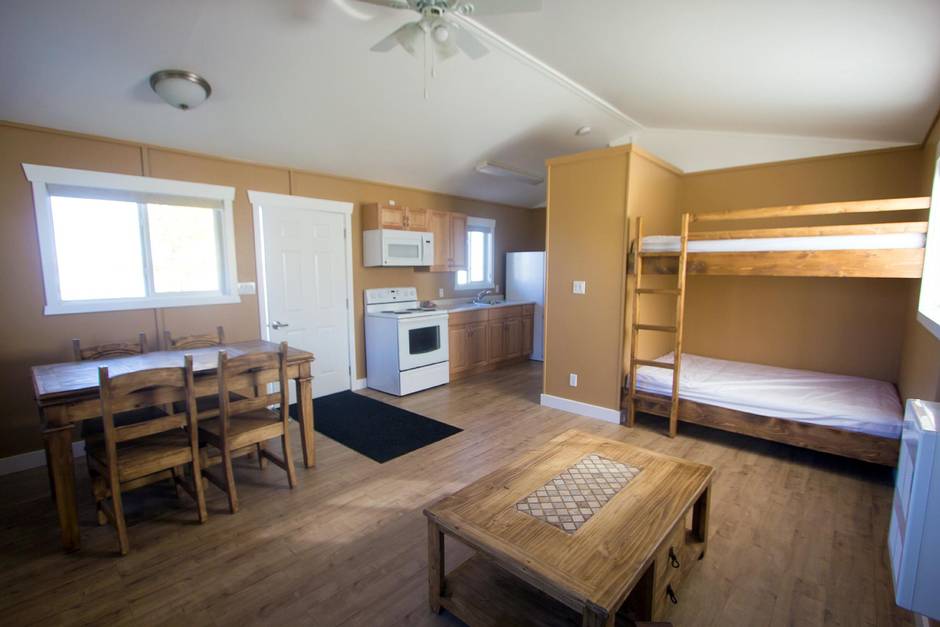 “It certainly helps that reluctant audience who want to come and don’t have the equipment. It helps the older audience who say, ‘I love parks but I don’t want to sleep on the ground any more,’ ” Craig says.

Alberta Parks introduced “comfort camping” in 2011. At the start of last season, there were 17 comfort camping options, ranging from yurts, to canvas-style wall tents to cabins. This year, that number has jumped to about 30, says Tim Chamberlin, a spokesman for Alberta Tourism, Parks and Recreation.

Parks Canada also rents yurts and, as of 2013, oTENTiks. Billed as “a cross between a prospector’s tent and a cabin in the woods,” they come equipped with an electric heater, Wi-Fi, solar-powered lighting and beds for up to six people.

Whatever you choose to sleep in, camping has a serenity that makes it special, Tully says.

“We both work downtown. We both have deadline-heavy jobs and we’re both on our phones all the time. We love being in the middle of the forests with our phones off. Nobody can get us,” she says.

Or a yurt, or cabin, if that’s what you prefer.