Hunting and foraging for indigenous ingredients – even flavouring and complementing wild game with plants that grow in their environment – is de rigueur for hyper-local chefs and food lovers.

But for the Huron-Wendat Nation in Wendake, Que., cooking with the bounty of the Earth comes naturally. And that's just part of the experience at the Hôtel-Musée Premières Nations, a four-star, sleek boutique lodging 15 minutes from the heart of Quebec City that celebrates indigenous connections, from the rooms artfully decorated with fox and beaver pelts, to the subtle flavours of wild herbs from the boreal forest on the plate.

Here, where the Huron-Wendat Nation has built its architecturally stunning longhouse hotel and museum complex, there are permanent displays detailing the nation's history. But learning about the Wendat culture is not a passive experience: Beyond the permanent artifacts, this interactive museum is a gateway to the community. Guests can join the daily Labrador tea ceremony in the hotel lobby, learn to make bannock or strap on snowshoes to track a caribou.

On our first night, we get the full Huron cultural immersion with Diane Andicha (Moon) Picard, resplendent in her white buckskin dress, as she explains the finer points of making bannock. We gather around a smoky campfire on the hotel terrace, listening to the rushing Akiawenrahk (Saint-Charles) River and admiring the silvery birches silhouetted against the dark sky as she kneads a batch of dough. The Wendat traditional bread was made with corn flour and water, she says, then "placed in Mother Earth" to rest and rise before being formed into a thick round for cooking on a hot stone in the firepit.

"Now we use flour and water, with a bit of corn oil and the magic powder," she says, shaking a small jar of baking powder. Strips of the soft dough are wound around the tips of green saplings and we toast them over the glowing coals in the firepit before moving into the modern La Traite restaurant for chef Martin Gagné's creative take on traditional native cuisine.

Inside, we indulge in chunks of sweet smoked salmon candy on a creamy sauce infused with wild glasswort. We devour elk tartare with resinous fir jelly and crispy salsify chips (made from a root vegetable). We're amazed by the intense flavours of tiny squab breast glazed in dark and spicy birch syrup with wild cattails and licorice-scented fennel. The menu reflects the Huron traditions of hunting and foraging in the boreal forest, fishing and planting the "Three Sisters" crops of corn, beans and squash. And chef Gagné complements his main ingredients with dried wild plants such as peppery green alder (dune pepper), wild currant leaves and powdered wintergreen from d'Origina, a Quebec company that specializes in collecting boreal spices and tea in the province.

Sated, we finish the evening sipping minty Labrador tea, watching a young dancer whirl in fringed buckskin and shake her rattle in a powerful traditional dance honouring women and mothers while Diane sings and pounds a large drum.

Although the Huron-Wendat Nation once had close to 40,000 members, they were nearly annihilated by disease and war before 150 individuals relocated from Ontario (near Georgian Bay) to this corner of Quebec in 1697. In 1760, the Wendat signed a treaty with the British colonial rulers to protect their rights. Much of their land was expropriated over the next 200 years, but in 1990 a Supreme Court of Canada ruling recognized the 1760 treaty, paving the way for new developments like the hotel. The 3,500-member nation is working to revive its language and culture, while welcoming visitors to the community – offering tours and theatrical performances, even a Wendake Tourism iPhone app.

The experience at the 55-room band-owned boutique hotel is contemporary with a traditional aboriginal twist. Don't be shocked by the soft fox pelt draped over a chair in the simple but stylish rooms (each overlooking the river and with free Wi-Fi and Keurig coffee makers), or the fat furry cushion, made from a whole beaver, tossed on the Hudson's Bay Company blanket on every bed. A tangle of caribou antlers provides a touch of naturalistic art above the bar. The lobby of the hotel, modelled after a traditional longhouse, has a long, log-studded front desk where young aboriginal employees greet visitors.

The hotel is a chance to learn about Huron-Wendat traditions, history and lifestyle in a state-of-the-art setting. And even if you don't find a caribou on your trek through the woods, tucking into a plate of red deer osso bucco perfumed with bog myrtle or a seal rillette gives you a unique taste of this nation's culture.

The Musée Huron-Wendat offers tours of the community, including Kabir Kouba Falls gushing into its 42-metre canyon and the historic Notre-Dame-de-Lorette church built in 1730 and reconstructed in 1862 after a fire destroyed the original chapel. The museum is open Wednesday through Sunday in winter. museehuronwendat.ca

Tsawenhohi House, built for Grand Chief Nicolas Tsawenhohi in 1820 in Old Wendake, is a Huron-Wendat Heritage Site. Visit the gallery and see traditional Huron crafts demonstrations. Located in the centre of Old Wendake.

Also on the reserve is Onhoua Chetek8e, a reconstructed Huron traditional village and living museum, where costumed interpreters guide you through a traditional longhouse and smokehouse, with dances, legends and other re-creations of traditional life. In the Nek8arre restaurant, traditional foods, from venison and caribou to trout, are on the Huron menu, and Le Huron boutique features a variety of aboriginal arts and crafts. Open daily, year-round, 9 a.m. to 5 p.m. A two-hour guided tour is $12 for adults. 575 Stanislas Koksa, Wendake; huron-wendat.qc.ca 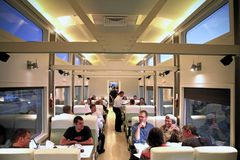 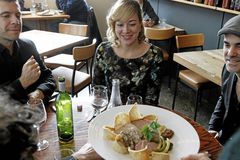 Searching for the world's best cup of tea
January 4, 2012 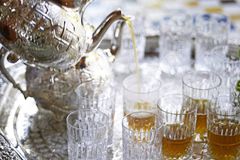 Where to find great food in Mexico
January 4, 2012
Follow us on Twitter @tgamtravel Opens in a new window
Report an error Editorial code of conduct
Due to technical reasons, we have temporarily removed commenting from our articles. We hope to have this fixed soon. Thank you for your patience. If you are looking to give feedback on our new site, please send it along to feedback@globeandmail.com. If you want to write a letter to the editor, please forward to letters@globeandmail.com.
Comments