Not far from one of Ontario's most famous sights – Niagara Falls, attracting 14 million visitors a year – is one of the province's best-kept secrets: a hidden playground of large rock formations spread throughout the wooded trails of the Niagara Glen Nature Reserve, just above the rapid, cool water of the Niagara River.

The Glen is known as a relaxing hideaway from the touristy crowds. What many people don't know: It's also the best outdoor bouldering spot Southern Ontario has to offer.

If you haven't heard of bouldering, it's like rock climbing but without a rope. You climb up four or five metres instead of 20. You need a lot of body strength to do it, but it also picks your brain.

Sometimes solving a "problem" (as boulderers call a route) is closer to solving a puzzle than to an exhausting workout in a gym. In fact, a great part of the fun is sitting in front of a rock formation with your friends, wondering how, and with the help of which body twist, someone can reach the top. And yes: You can do it outside all year long.

It's not difficult to spot boulderers once you enter Niagara Glen: Just watch out for people carrying small mattresses like backpacks when you walk down the giant metal staircase to enter the park. These mattresses are called "crash pads" and they are designed to assure a safe landing if someone falls off a boulder.

But on this particular Sunday it is not just people with crash pads on their backs who catch the attention of tourists hiking in the area. It's also a small group of climbers roaming the park as if they were on a safari. They carry what they call a "secret map" and a camera. Every few metres the four stop in front of a rock and start a discussion: Is this boulder called Little Tree, Orient Express, Nogoko or I Love Barbie? Left hand or right hand first? Would the bouldering grade be as easy as a V4 or as difficult as a V7? Is the rock clean and solid, is the landing safe and is the movement interesting?

Their names are Kacy Wilson, Jesse Wong and Jack Szumilas. (Scott Chuback has joined them today; he's done most of the boulders the park has to offer.) These three passionate climbers are writing a guidebook about bouldering in Niagara Glen to make the area more accessible for people who want to join the climbing community.

It's the first guide that aims to provide information about every one of the more than 800 "problems" the Glen has to offer. And it will provide GPS-verified maps to the different bouldering locations inside the park, which carry fantastical names such as Land of Oz, Waterworld or the Old Country. Some of them are located deep in the woods, others are right next to the river. On this day, the team is exploring Bizarro World, which seems to have its name for a reason: It's easy to get lost in this fairy-tale part of the Glen in which it is hard to tell where a trail starts and where it stops.

The plan to write the guidebook clearly serves a demand: Wilson, Wong and Szumilas have raised $7,893 on Kickstarter to realize their project – another sign of how bouldering is a growing trend in Canada. "Right now it seems like it is exploding," says 22-year-old Szumilas, who started climbing at 14 and has just started a new full-time job: He is setting routes in a climbing gym in Kitchener, Ont. Szumilas has seen places like the Glen change a lot. "Five years ago, I would walk through it and see a person here or a person there. Now it is very common that you show up on a weekend and the entire parking lot is full."

Bouldering in Niagara Glen probably started much earlier, but it was formally identified in 2003 by the Niagara Parks Commission. There were initial debates about eliminating climbing from the area, but the commissioners worked out a formal bouldering policy with the Ontario Access Coalition, a non-profit organization that promotes responsible climbing in Canada, which included a bouldering permit requirement. "When Niagara Parks first began offering the permits in 2012, approximately 65 permits were sold. Over the next four years, the number gradually increased and in 2016 over 800 permits were sold," Corey Burant, project manager of Parks and Forest Health for the Niagara Parks Commission, tells The Globe and Mail.

A growing scene brings growing problems: People leave their garbage in the park, they stamp on the vegetation and eventually the rocks get damaged. Some routes are inaccessible already, because a handle broke or the stone is too polished to stand on. Nevertheless, the rules to preserve the area are simple, says Szumilas: "Don't litter, stay on the trails, don't top out on a rock that has vegetation on it that you'll destroy, and brush off your tick marks [chalk markings climbers draw on the rock] when you leave."

Wilson, who has climbed the Glen for 15 years, remembers discussions with climbers about whether the bouldering area should be kept the "little secret" it once had been rather than making it even more popular by publishing a guidebook about it. Wilson, of course, disagrees with trying to keep it secret. "It is going to happen no matter what, and if we try to resist it, then we are missing out on opportunities to communicate with new climbers and have them use the area in the way that, as the climbing community, we should want them to use it," the 34-year-old says. "The best thing we can do is just be good ambassadors."

Wilson, who owns a marketing company, tries to be an ambassador in many ways: Having in mind how difficult bouldering can be at first, she teaches bouldering classes in Mississauga's climbing gym Up the Bloc, with a special interest in encouraging girls and women to enter the "quite male-dominated sport."

"We also want to put a focus on including easier routes into our guidebook," explains Wong, who has already written the Ontario Rock Climbing guidebook for Southern Ontario.

The Niagara Glen bouldering guidebook will be published in 2018.

Rock climber sees the world by chasing excellence in her sport
August 10, 2017 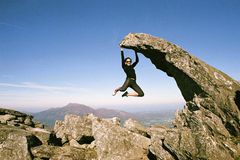 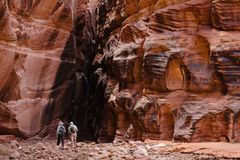 From bush planes to petroglyphs, the ultimate weekend getaway in Ontario
August 31, 2017 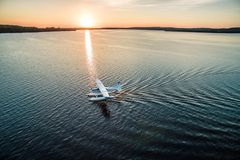