The Hobbit, The Great Gatsby,Oz: The Great and Powerful – big screens are filled with film adaptations of children's and young-adult novels. But at these kid-lit museums you can ditch the dark and experience beloved books in a whole new light. Your kids may even be inspired to read a tale or two. You know, before they watch the movie.

The Pooh Gallery, Manitoba
An "expotition" to the Pooh Gallery in the heart of Assiniboine Park reveals a permanent collection of some 200 artifacts, including pop-up books, toys and figurines. The star attraction: Winnie the Pooh and the Honey Pot, the only known oil painting of the silly old bear by A.A. Milne's illustrator, Ernest H. Shepard. Pavilion Gallery Museum, Winnipeg; assiniboinepark.ca

Charles Schulz Museum, California
Happiness is … a museum dedicated to Peanuts. This collection features more than 7,000 original strip drawings from 1950 to 2000, 900-plus sketches and artworks, professional tributes, toys, collectibles and so much more. If only Charlie Brown could understand how much he's loved. 2301 Hardies Lane, Santa Rosa, Calif.;schulzmuseum.org

Maurice Sendak Collection, Pennsylvania
Long live the King … of the Wild Things, that is. Maurice Sendak died last year, but his contribution to children's literature lives on through more than 10,000 objects housed at the Rosenbach Museum and Library, a treasure trove of rare books, manuscripts and all things literary. 2008-2010 Delancey Place, Philadelphia; rosenbach.org

Eric Carle Museum of Picture Book Art, Massachusetts
If a picture is worth a thousand words, then the museum's more than 10,000 picture-book illustrations – from past masters like Arnold Lobel, to current creators such as Jerry Pinkney – have quite the story to tell. Currently on display: 75 years of the Caldecott Medal, Charlotte's Web drawings and Eric Carle's work. A visit to the Art Studio is a given. 125 West Bay Road, Amherst, Mass.; carlemuseum.org

Dr. Seuss Memorial Sculpture Garden, Massachusetts
Celebrate Dr. Seuss's March 2 birthday in his hometown. Head to the Quadrangle and let the kids run around bronze statues of favourite Seuss characters, then get a picture next to an impressive three-metre-high version of Oh, the Places You'll Go. With a little energy burned, head to the permanent Seuss exhibit at the Lyman and Merrie Wood Museum: "And to Think He Saw It in Springfield." 21 Edwards Street; Springfield, Mass.;catinthehat.org; springfieldmuseums.org

Chihiro Art Museum, Tokyo and Azumino, Japan
"I believe the most important things in life … are contained in picture books," said Japanese illustrator Chihiro Iwasaki. Her extensive collection of joyful watercolours is found in two locations, along with 12,000 works by international children's illustrators. chihiro.jp/global/en/museum

The House of Fairy Tales/Pinocchio Museum, Moscow
Children not only learn about Russian and foreign folk tales at these sister museums, they live them. Kids dress up as fairy-tale characters and join a "theatrical tour" through one of 20 different story programs, from Baba Yaga to Puss in Boots. domskazok.ru

The Belgian Comic Strip Center; The Hergé Museum, Belgium Forget about chocolate, Belgium is the capital of comic strips. The Belgian Comic Strip Center, housed in an art nouveau building, features the history of the medium and Belgium's place in it – think Tintin, Lucky Luke and the Smurfs – along with a vast collection of strips and sketches. At the Hergé Museum in Louvain-la-Neuve, more than 800 documents present boy reporter Tintin's swashbuckling adventures. Brussels: comicscenter.net; Louvain-la-Neuve: museeherge.com 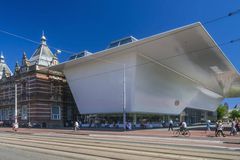 My five-year-old is crazy about buses, trams and trains. Where should we go?
February 1, 2013 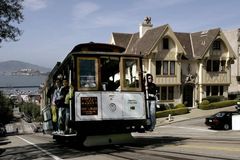 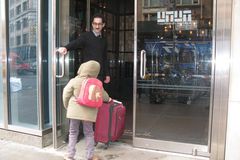 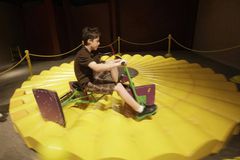