The guest speaker at a team-building conference in the Intercontinental Miami decided he needed something special for his session: a horse. With just two hours' notice, the hotel's concierge found a suitable steed and delivered it to the meeting room on time.

Guests at the Ritz-Carlton Hotel in Toronto wanted a flowering magnolia tree in their room – in October, when few trees are in bloom in Canada. The concierge contacted a nursery in California and had a tree shipped to the hotel.

At New York's Muse Hotel, a guest was keen to duplicate the scene from the TV show Friends, in which Monica proposes to Chandler. While the guests went out to dinner, the concierge swung into action, outfitting their room with hundreds of tea lights, red roses, rose petals and Champagne to replicate the pop-culture moment.

For concierges at luxury hotels around the world, no request is too far-fetched.

"We can do anything, anywhere, any time, as long as it is not illegal, immoral or unethical," says Sarah Sbicca, chef concierge at the Park Hyatt Aviara Resort in Carlsbad, Calif.

A chef concierge needs to be part magician, part detective and part juggler. It also helps to have a calm, creative, discreet, energetic and resourceful personality.

From the mundane to the eccentric, Sbicca knows how to make the impossible possible. The words "no" and "can't" are not in her vocabulary. She can book a last-minute dinner for eight at a popular restaurant, and pull tickets out of a hat for a sold-out baseball game. She arranges sightseeing trips; finds tennis partners, baby sitters, doctors and lawyers for hotel guests; picks up prescriptions; shops for gifts; writes letters and sends packages.

Sbicca wears golden keys on her lapel, a symbol of her membership in Les Clefs d'Or USA, part of an elite concierge organization whose roots date back to France in the 1920s. The international association operates in more than 40 countries, with more than 3,800 members.

"Dealing with unusual requests is a big part of our raison d'être," says Hugo Legrand, Montreal-based president of Les Clefs d'Or Canada, which has 150 members in more than 80 properties from coast to coast.

Membership in Les Clefs d'Or requires at least five years of hotel service, three as a concierge. Its members use their global network of contacts to summon up almost anything requested by guests, even on short notice.

"With our local knowledge and extensive network of contacts worldwide, our members often make the most unusual requests seem like a walk in the park," says Legrand, who has done everything from shipping a London telephone booth half-way around the world, to chartering a luxury jumbo jet with bedrooms and full bathrooms, to planning a last-minute wedding.

"One of the most bizarre requests I have ever handled was having to fill a celebrity's bathtub with jelly beans … I had to contact practically every bulk candy store in the city to have enough jelly beans to fill the tub, and send one of our bell staff all over town to pick them up," he recalls.

James Little has been a member of Les Clefs d'Or since 1996. As chef concierge at the Peninsula Beverly Hills Hotel, he has fulfilled many outrageous requests. He recalls one time filling a limousine for a guest with white rabbits (live and stuffed) and five cases of Red Bull. Another time, he found 26 society finches, with accompanying cages, in less than an hour and placed them in a guest's room that was emptied of everything but a couch.

Jacob Schwartz, chief director of the "STAR experience" (service tailored to any request) at New York's Sanctuary Hotel, is known for having an inside track for once-in-a-lifetime experiences in the Big Apple. If you'd like to see a sold-out Broadway musical, Schwartz will not only get you a ticket, but also set you up with a private dance lesson with a cast member. For foodie guests, he can arrange a private workshop with some of New York's most influential chefs, where you can learn to make artisanal breads or fancy sushi.

Frederick Bigler, chef concierge at the Peninsula, New York, says guests expect chef concierges to give them the best guidance, unbiased opinions, and access to whatever they desire during their visits.

"A top-notch concierge has to have the right network, and many times that starts with our Les Clefs d'Or friends around the world," Bigler says. "We are expected to make 'it' happen, to make it appear effortless, and to deliver it on a silver platter."

Extraordinary requests – from those difficult-to-secure restaurant reservations to backstage passes for top shows to chartering a last-minute jet or yacht – are "the norm" for many concierges, he says. "We usually have the keys to open these doors." 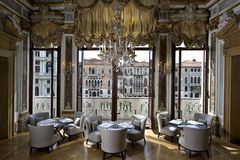 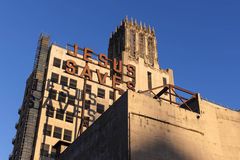 Check out the Ucluelet First Nation’s splashy new oceanfront resort
June 27, 2014
Follow us on Twitter @globeandmail Opens in a new window
Report an error Editorial code of conduct
Due to technical reasons, we have temporarily removed commenting from our articles. We hope to have this fixed soon. Thank you for your patience. If you are looking to give feedback on our new site, please send it along to feedback@globeandmail.com. If you want to write a letter to the editor, please forward to letters@globeandmail.com.
Comments