When ancient Arab traders discovered a fertile, teardrop island in the Indian Ocean, they called it Serendib. We still use their word, serendipity, to describe the phenomenon of finding something valuable yet unexpected. With this word stuck in my mind, I drive into Sri Lanka's central highlands, passing dense jungle and milky waterfalls. Locals smile and wave, exuding their distinctive cultural warmth, even as the temperature drops because of the rising altitude. By late afternoon, we're high in the mountains, which here are covered in a rich carpet of manicured plants that roll with the hills. I had arrived at the source of Sri Lanka's most famous export: tea.

My destination is Ceylon Tea Trails, a luxury bungalow resort originally built for the tea barons who ruled over the estates. Owned and operated by Dilmah, one of the world's largest tea brands, Ceylon Tea Trails is a love letter to anyone with a passion for tea, tranquillity, hospitality and the region itself. The four bungalows, which resemble large country estates, are at least four kilometres apart, serviced by butlers and private chefs, and encircled by gardens that offer breathtaking views of mountains and lakes. Entering the colonial Tientsin Bungalow, built in 1888, relics of the posh lifestyle of English tea barons are still on display: polished wooden floors, high ceilings, plush four-poster beds. Uniformed staff wait with an evening cocktail in a lounge that smells of old, expensive leather. Old, faded paintings of tea barons hang on the wall. The fireplace in the lounge is blazing, warming the chill mountain air that comes as a relief after the hot sticky weather on the coast.

And then there's the tea. I've never enjoyed a fresher cup of tea than the one waiting for me on the patio. It tastes like fine Bordeaux after years of quaffing box wine. As I sip, the early-morning sun sparkles on the evergreen tea terraces that look like surreal layers painted onto the hills. "What are those yellow and blue specks moving around up there?" I ask my butler. (I've never had a butler before, and I think it rather suits me.) "Those are the tea pluckers, sir." My education in tea is about to begin.

While Ceylon Tea Trails offers hiking, mountain biking, tennis, a spa and croquet, most guests simply enjoy the opportunity to discover a working tea estate, to learn about the finest tea in the world. The estate's guide is Andrew Taylor, a friendly, quick-witted tea master and direct descendent of Sri Lanka's first tea planter. We start in the fields, where I learn how tea is plucked - always two leaves and a bud. Left alone, these plants would grow to more than seven metres tall. The estate's army of pluckers consists of short, skinny ladies wrapped in colourful saris, each with a long basket strapped around her forehead, hanging down her back. The women are paid according to weight, so with lightning fingers they pluck as much as 16 kilograms of tea leaves a day. I ask one lady if I can give it a try, which solicits a cackle of laughs. The basket is heavy, already straining my neck, even though it's relatively empty. I clumsily pluck away for a half-hour, before deciding that it's work best left to wispy women with necks of steel.

Since its inception, Dilmah has prided itself on being an ethical tea company. Through MJF, its charitable foundation, the company supports 1,500 community projects, including child care, geriatric services, arts programs, counselling, even prisoner rehabilitation. The company also provides free housing, education and medical services to estate workers.

On the slopes, the mood is light as the women chatter, moving between rows of waist-high plants, gathering the tea leaves that will find their way into teacups in 92 countries.

At the nearby tea factory, I learn about withering, rolling, fermenting and drying, and how leaves are classified and graded. Andrew explains how to make the perfect cup of tea: Bring the water just to a boil, one spoon of tea per person, and one for the pot. Never add sugar, which negates the considerable health benefits, and only a dash of milk if required. We taste different grades, letting the liquid roll around the tongue, expelling mouthfuls into a spittoon. There's still a lot to learn, but my appreciation for tea has deepened, and no afternoon break will taste the same again.

Back at the Tienstin Bungalow, named after the Chinese village from which the tea seedlings came, a fine mist rolls across the hills. I consume my afternoon tea without sugar, enjoying its aroma, strong flavour and bright colour. I hear a gentle strumming guitar in my head, inspired by former Tientsin guest Paul Simon. In a country once scarred by war, I realize I may never before have enjoyed such peace and serenity. Finding something valuable not originally sought? Serendipity indeed.

Ceylon Tea Trails is Sri Lanka's only Relais & Chateaux resort. It is located south of Hatton in the Dickoya and Bogawantalawa region of the hill country in south-central Sri Lanka. Most guests come by private car either as part of a bigger exploration around Sri Lanka or arranged by Ceylon Tea Trails. It's a 4½-hour drive from Colombo Airport, 3½ hours from Colombo and two hours from Kandy. Expect cool mornings, warm days and cool evenings, with daytime temperatures in the low-to-mid-20s C, and night around 10 C. The driest part of the year is from December to April. June/July and October/November are wetter months because of the monsoon. All bungalows have ensuite bathrooms, with dining rooms, Wi-Fi, communal TV and DVD libraries. Rates include all meals and drinks. From $348 (single) a night; teatrails.com.

See more of the plantation and tea-making process at bit.ly/esrock-tea.

Robin Esrock is the host of the OLN/CITY-TV series Word Travels. His website is robinesrock.com. 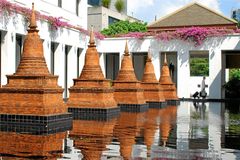 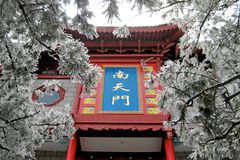