If you're going to exercise endlessly and eat piles of kale salad, I suggest pairing the righteous behaviour with the sights and sounds – and high standards – of New York. This paradise for type-A personalities is packed with fitness studios offering any workout you can imagine and many on a drop-in basis, meaning they're accessible to out-of-towners. Complement your choice of classes with some of the world's most inspired healthy meals and you've got a DIY wellness retreat. Here are five itinerary ideas fit for every personality.

Feel the burn: Ballet-barre workouts are hot, but the quality can vary. At Pure Barre, I didn't have to worry about leaving with energy to spare – my muscles were shaking within minutes as I pliéed, planked and pulsed my way through the 60-minute class, which hits the whole body with a focus on legs, glutes and core. Bring socks to wear on the carpeted studio floor, and leave time to browse the selection of cute workout wear from companies including Canada's own Karma.

Refuel: Head across Union Square toward Pure Food & Wine and its I-can't-believe-it's-not-animal selection of perfectly prepared plant foods. Opt for the five-course tasting menu or go à la carte with picks like the divine Philly roll of avocado, or the Hen of the Woods tacos al pastor with smoked guacamole.

Feel the burn: Class spots sell out fast at Soulcycle. The entryway is bright and white, but in the 60-bike studio the lights were kept low as we moved in and out of the saddle, performing crunches and even a full song of arm exercises using light weights as our legs stayed in motion. First class includes rental of clip-in shoes.

Refuel: Walk past Whole Foods and across the street to indie coffee shop Kaffe 1668, which features gourmet cold-pressed juices, yogurts and packaged sandwiches alongside the single-origin, direct-trade beans.

Feel the burn: Central Park is the stereotype, but there's so much more of New York to explore on foot. At the James Hotel in SoHo, guest rooms include a pocket-size map marked with a 10-kilometre running route along the Hudson River Greenway, with the turnaround at West 39th – though you could easily keep going all the way to the north end of Manhattan.

Feel the burn: The packed Sunday-afternoon class with Dechen Thurman (yes, Uma's brother) at Jivamukti starts off slow – easy stretches, a breathing exercise, meditation – but we were soon covered in sweat thanks to a series of sun salutations, standing poses and inversions set to a mix of 1990s rock, gangsta rap, Sanskrit chants and philosophical teachings on magnetism and the movement of the solar system.

Refuel: Show up early for a table at popular ABC Kitchen, where even the paper the menus are printed on is local and artisanal. Seasonal spring dishes include a bounty of green vegetables such as ramps and asparagus; the sweet-pea soup is expertly seasoned with mint and lime zest, the sautéed morels and fava beans are hearty and flavourful without being heavy, and the cocktail list includes a very satisfying ginger margarita. (Hey, it's all about balance.)

Feel the burn: You'd be forgiven for thinking the Refine Method studio akin to a torture chamber: pulleys and cables line the walls, and the floor is dotted with heavy black kettlebells. But this workout routine is a sweet kind of punishment. It's like CrossFit, in that each day features a different series of moves using multiple muscle groups, but worlds apart as the group moves through them together, with detailed posture adjustments by the instructor.

Celeb fans: Angie Harmon, Jules Asner, the Rockettes.Refuel: Take a 20-minute walk (or quick cab ride) to Candle Café, the more casual sister to renowned high-end vegan mainstay Candle 79. My fresh juice and giant grilled kale salad had me virtuously satisfied, but you could easily go the other way while still staying mostly healthy with the fried seitan dumplings or grilled portobello sandwich with fried potatoes, washed down with a cocktail, craft beer or glass of biodynamic wine.

Never miss a workout while in the Big Apple by booking one of these hotels:

Besides the 24-hour fitness centre and loaner bikes, the Affinia Dumont will lend you an Experience Kit – a basket loaded with information and gear – for yoga, walking or strength training. Rooms start at $209. 150 East 34th St., 212-481-7600; affinia.com

The gym at Brooklyn's Nu Hotel offers boxing equipment alongside more standard amenities; Tuesdays at 7 a.m., join the general manager on a five-kilometre run to the centre of the Brooklyn Bridge and back. Rooms from $135. 85 Smith St.; 718-852-8585; nuhotelbrooklyn.com

The writer was a guest of the gyms and The James New York hotel. They did not review or approve the article. 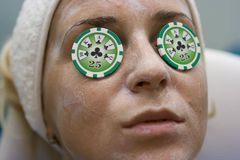 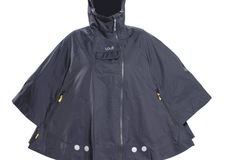 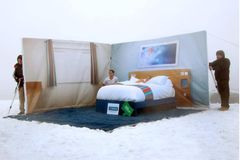