In 2008, the worldwide recession made travel an enticing proposition as currencies nosedived and deals multiplied for hotels, airfare and more. But pain was so widespread that few could afford the deals. In this recovery phase, Canada is faring better than Ireland. If Ireland is on your family's bucket list, this year should be an exceptional time to go. Take a bicycle, horseback riding or self-guided drive package, staying overnight in castles renovated as four- or five-star hotels. There'll be time to appreciate Irish verve and hospitality - virtues that will surely return the country to prosperity in time.

IDEAL AGE Tween-age is best for self-guided bike tours with Toronto-based Active Journeys, and experienced riders aged 8 and up can take a horse-riding tour organized by Vancouver's Hidden Trails.

WHEN TO GO Time your trip to coincide with the venerable Fáilte Ireland Dublin Horse Show, Aug. 3 to 7, held since 1864 ( dublinhorseshow.com).

DEAL TO GET A seven-night Castle Adventure from Royal Irish Tours, $1,248 a person plus tax, including airfare, accommodations, car rental and breakfast daily. This deal is available only for May 9 and May 23 departure dates.

Anyone left out of the excitement of attending the last Winter Olympics has a fantastic consolation prize: International-calibre facilities built for the Games are open to the public this season. Biathlon (rifle marksmanship plus cross-country skiing) lessons are available at Whistler Olympic Park, and skiers can test Whistler Mountain's Dave Murray Downhill and Franz's Run, the Olympic downhill courses. Add freshly upgraded resorts, and there's never been a better time to experience Whistler.

WHEN TO GO Starting in February, the Whistler Sliding Centre on Blackcomb Mountain will invite amateurs to whoosh down bobsleigh and skeleton tracks. (Ride shotgun in the bobsled with a pro who steers, but you're on your own with the skeleton sled.)

KNOW BEFORE YOU GO About $600-million in public-works improvements for the Games have left the Sea to Sky Highway from Vancouver with fewer scary switchbacks - but they aren't all gone.

DEAL TO GET Skeleton Sport Experience: $130/person for two runs lasting around 2.5 hours.

The Disney Dream sets sail Jan. 26 from Port Canaveral, Fla., for a maiden voyage to the Bahamas. It's Disney's biggest ship to date: with up to 4,000 passengers, a waterslide that juts out over the sea, a 1,340-seat, three-deck theatre for Disney-calibre musicals and an adults-only French bistro, Remy, helmed by a Michelin-starred chef.

IDEAL AGE Disney has free kids clubs for children over 3, and the ship's nursery program accepts babies as young as 6 months for a fee.

WHEN TO GO A ship's maiden year is exciting, but with such an anticipated launch the best bet to score a reasonably priced cabin may be later in the fall - when inside cabins on three-night

KNOW BEFORE YOU GO Fares are inclusive, except for alcohol or espresso drinks, shore excursions, daycare for the littlest ones, and dinner dates at adults-only specialty restaurants Palo and Remy.

By the time Travel + Leisure named Four Seasons Nevis its Top Family Friendly Hotel in the Caribbean for 2009, it had been destroyed by Omar, the third major hurricane to sweep through this island in little more than a decade. Still, the Canadian-built resort is determined to compete with nature. Battered and continually rebuilt, it emerged in mid-December from its latest renovation with a new sailing school and a restored, award-winning Robert Trent Jones II golf course. Its cult reputation for service excellence remains intact.

IDEAL AGE Children 3 and up are kids-club eligible, and may "adopt" a GPS-tagged endangered sea turtle as part of the resort's popular education program.

WHEN TO GO The weather is always beautiful but keep in mind that high season runs until mid-April, and Caribbean hurricane season peaks in late summer.

KNOW BEFORE YOU GO Air Canada flies to Antigua with a short connector to Nevis. American Airlines and US Airways service the region as well.

DEAL TO GET An opening year special until Dec 15 gives families a second adjoining room at 50 per cent off. There's also a 'buy three, get a fourth night free' deal.

Vacationing in the high-altitude desert of Buddhist northern India may not be every family's cup of Darjeeling. But posh outfitter Shakti introduces children to snow-crested landscapes through a culturally sensitive walking tour. Guided activities include monastery visits, rafting and sightseeing among Himalayan villages. Accommodations are renovated, fully staffed village homes.

IDEAL AGE School-age children will love riding two-humped camels, while older kids raft the Upper Indus, one of the great rivers of India.

WHEN TO GO Nicknamed Little Tibet, Ladakh feels pristine and uplifting, experts say, in ways that Tibet, chafing under Chinese rule, may never be again.

KNOW BEFORE YOU GO Trips are individually booked for the season which runs May through September. Fly into Delhi, then on to Leh to spend a couple of days acclimatizing to 11,500 feet before the journey.

DEAL TO GET The Shakti Ladakh Village Experience: a seven-night walk with customizable itinerary, from $3,885 a person including meals, activities and ground transportation. An optional two-night Shayok River Rafting Journey offers luxe-bedded tents with nearby Western-style loos and showers. shaktihimalaya.com, 1-866-401-3705 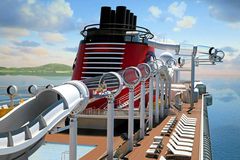 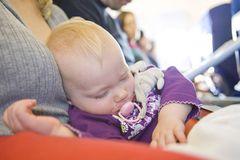 Exotic travel: the new family vacation
March 1, 2008
In the Virgin Islands, an eco-resort for the whole family
January 22, 2010
Follow us on Twitter @globeandmail Opens in a new window
Report an error Editorial code of conduct
Due to technical reasons, we have temporarily removed commenting from our articles. We hope to have this fixed soon. Thank you for your patience. If you are looking to give feedback on our new site, please send it along to feedback@globeandmail.com. If you want to write a letter to the editor, please forward to letters@globeandmail.com.
Comments