The Russian peninsula of Kamchatka -snowbound and remote on the opposite side of the Pacific to B.C.'s Coast Mountains -is not the kind of place that makes the news very often. But it did so recently when one of its many volcanoes, Klyuchevskoi, roared into life throwing rocks 300 metres into the air and drooling molten lava down its slopes.

Klyuchevskoi lies north of Kamchatka's prime heli-skiing terrain, in the middle of one of the most volcanically active regions on Earth - in fact, one of the peaks I skied on a recent visit, 3,456-metre Koryakski, erupted a few months ago, creating a 4,000-metre ash plume.

Kamchatka is also a World Heritage site, described by UNESCO as being of "exceptional natural beauty and diversity" - and for skiers, a place where the experience is so raw, exciting and elemental, it will stay with you for the rest of your life.

The big, bright orange Mi-8 helicopters that carry you to the summits of these primeval peaks are as basic as air travel gets - bench seats, no seatbelts, and porthole-style windows that you can actually open as you fly along -you're pumped full of adrenalin before you even start.

We were dropped on the summit of an unnamed peak, and after the blizzard of powder snow blasted skyward by the chopper's huge rotors finally cleared, we absorbed the view: To the east and far below, the twinkling blue water of the Pacific rolled into black-sand beaches; in every other direction, ranks of snow-plastered mountains and volcanoes - many with banners of steam drifting from their summits - reached for the sky; and in the near distance, across a gleaming white snowfield, the steaming crater of 2,323-metre Mutnovski Volcano, which last erupted in 2001. This is where we would be skiing - to the very edge of the crater.

To reach it, we skied down steep, wide-open slopes of windblown powder before skidding to a halt beneath the lip of this void in the Earth's surface. The stench of sulphur and hydrogen sulphide fills the air, and Marco, our French mountain guide, advises us against spending more than a few minutes at the crater's edge -the atmosphere is poisonous.

All the same, it's impossible to resist the opportunity to unclip from my skis, scrabble 20 metres up the rubble and ash of the crater's side and gaze down into the bowels of the Earth.

The scalding-hot steam rising from the depths has stained the inner walls toxic shades of sulphur yellow, chromium green and metallic red, and the volcano hisses like a gigantic chemical plant. It's an unforgettable sight - and I suddenly understood what the organizer of the trip, James Morland of heli-ski specialists Elemental Adventure, meant when he spoke of Kamchatka on the long flight from Moscow. "The scenery is like nothing on Earth, and at times it's so dramatic that it's almost impossible to take it all in. It's tough skiing, and we make no attempt to hide that from clients, but it's also the most unique heli-ski experience available."

Kamchatka has a wild and windy climate and, as a result, snow conditions will vary quite considerably on some runs. As another of our guides, Nikolay Veselovskiy, pointed out, "This is adventure skiing rather than powder skiing - you'll get plenty of powder, but you should be prepared for all conditions."

The more difficult skiing is most likely to be encountered if your guide decides on a specific experience -such as our descent to the crater of Mutnovski, or on the memorable occasion when we made turn after turn down to the sunny and sheltered coastal inlet of Russkaya Bay to skinny dip in the last of the evening sun as it glinted across the glassy (and very cold) waters of the Pacific. The caveat: You have to take whatever snow conditions are encountered along the way.

But the rest of the time, when you have no particular place to go other than down, you'll invariably encounter fantastic conditions. Another of our guides, Moscow-based Vitaly Ilinykh, has more than 10 years' experience skiing these mountains and knows almost by second nature what aspects, time of day and exposure will combine to provide the best conditions on any given peak.

This may vary from smooth and creamy spring snow on sun-warmed afternoon slopes to dreamlike evening runs on north-facing pitches where the powder is still soft and deep, and no matter how tired you are, you can always summon the energy for one more run.

Despite the pristine alpine wilderness and utter solitude we encountered on our trip, our guides said they were keen to explore more - Vitaly and Marco told me of plans to check out the mountains of Kamchatka's Central Range, about 300 kilometres north of Petropavlovsk, where the recent volcanic activity took place. It's thought that no one has ever skied these peaks, which rise to well over 3,000 metres and receive more snow than those we were skiing to the south.

There are few places in the world where you'll find heli-skiing as wild, uncompromising and inspirational as Kamchatka. It's all as far removed from North American heli-skiing as you can get, and for most of us, it was probably the only time in our lives we'll feel like real ski pioneers.

GETTING THERE Air Canada flies to Moscow via Zurich. From there, Aeroflot flies to Petropavlovsk-Kamchatsky on the world's longest internal air route, across nine time zones.

PACKAGE IT The heli-ski season in Kamchatka runs from March to mid-May. The best way to go is on a package deal - prices with Elemental Adventure ( www.eaheliskiing.com; info@eaheli.com) start at $6,600 for up to eight days skiing, three guides for 12 skiers, eight nights' hotel accommodation, transfers to and from the airport and all ski safety equipment. Return flights to Petropavlovsk-Kamchatsky International are extra.

ON OFF DAYS Go dogsledding or wander around the city, which is a fascinating mix of fading communism and rampant capitalism. 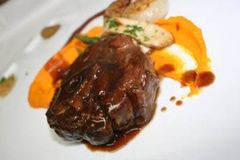