The ferry Vacancier rounded the windswept hump of Île d'Entrée and from its forward deck we saw the rest of the Magdalen archipelago stretch hazily to the northeast - narrow threads of dunes stitching together the grassy hills and red sandstone cliffs of the other six major islands in the 65-kilometre-long chain.

It was our first sight of what is one of the most exotic destinations in the Maritimes - a fragile and isolated sprinkling of land in the middle of the Gulf of St. Lawrence that is little known in English Canada. Most of the 13,000 permanent residents are francophones with Acadian roots and most of the 46,500 visitors to the archipelago last year were Quebeckers. Even though they are closer to Cape Breton and Prince Edward Island than they are to mainland Quebec, they are administratively part of that province's Gaspé region.

The Magdalens (Îles de la Madeleine in French) had long been on our must-see list and last August my wife, Suzanne, and I decided it was the perfect time to finally visit. We would combine a cruise down the St. Lawrence from Montreal with a two-night stay on the islands, where we would celebrate our anniversary at a romantic inn.

We began our trip on a Friday in Montreal, where we boarded the 450-passenger Vacancier for a one-week, round-trip cruise between Montreal, the Gaspé Peninsula and the Magdalens. (Also included is a six-hour stopover in Quebec City on the return leg of the voyage.)

A combination vehicle ferry and cruise ship, Vacancier is comfortable but not luxurious. Cabins are small and not all have their own bathrooms, some of the furnishings are tired, and breakfast and lunch are served cafeteria-style in its restaurant. On the plus side, the crew is unfailingly friendly, there was good live entertainment nightly in the main lounge, and dinners - served in the more formal dining room - featured excellent seasonal food and a good selection of wines.

The real attractions of the cruise, however, were to be seen from the ferry's outside decks as we sailed past: Montreal's Old Port, Notre-Dame and Ste-Hélène Islands, the Bertier-Sorel archipelago and the illuminated Château Frontenac dominating the skyline above Old Quebec at midnight. On Saturday, past the mouth of the Saguenay River, we crossed over to the south shore of the St. Lawrence and passed the towns of Rimouski and Matane, the windmill parks stretching all the way to Cap-Chat and the increasingly rugged shoreline of the Gaspé Peninsula.

On Sunday morning, Vacancier arrived at the Magdalens, rounded Île d'Entrée and made for the main port of Cap-aux-Meules on the island of the same name. The other major islands of the archipelago are Havre-Aubert to the south and Havre-aux-Maisons, Pointe-aux-Loups and the combined Grosse Île and Grande-Entrée to the northeast.

Most passengers continued to eat and sleep aboard the Vacancier for the two nights it was in port, making day trips for shopping, bicycle touring, kite-surfing, kayaking or other adventure options on shore. We spent two nights at the Domaine du Vieux Couvent, an elegantly restored stone building on Havre-aux-Maisons that began life as a convent early in the last century. With just 10 rooms, the inn is as famous for the cuisine served in Le Réfectoire, its bistro-style restaurant, as it is for the views it offers over the gulf toward Île d'Entrée. Since we didn't have a car, we also booked three days of touring with Autobus Les Sillons to sample the islands' main attractions.

Until we returned to the Vacancier for its departure on Tuesday evening, our days were spent in the capable, bilingual care of guide and driver André LaFlamme, a rare transplant from the mainland who had embraced the beauty of the Magdalens with the ardour of a new lover. For three days, he regaled us with facts and anecdotes about the islands as he took us to magnificent beaches and historic sites, such as the fishing village of Grave on Havre-Aubert and Fumoir d'Antan, the last of the island smokehouses, which once supplied the Caribbean with cured herring before the species, like cod, was overfished to near extinction.

We visited boutiques where artists created treasures from alabaster, sand, wood and glass, a craft brewery where we bought strawberry wine to enjoy in our room, and Fromagerie du Pied-de-Vent, the makers of artisanal raw-milk cheeses that were snapped up by our fellow passengers. On Havre-aux-Maisons, LaFlamme took our small group to Cap Alright, a picturesque point with a small lighthouse that was once featured on a Canadian stamp, and, on Cap-aux-Meules, we stopped at La Belle-Anse, where red sandstone cliffs erode into the sea by up to three metres a year and periodically houses have to be moved farther inland. Also on this coast was the fishing harbour of l'Étang-du-Nord and the picturesque Cap du Phare lighthouse. Everywhere, pastel-coloured houses perched on treeless hills flew Acadian flags and lines of laundry flapped in the ever-present wind.

In the evenings at Vieux Couvent, we feasted on the creations of chef Evangeline Gaudet, whose signature dishes include squid with Parmesan cheese, salmon tartare, shark marinated in olive oil with pears, and a small mountain of steamed, in-shell mussels (harvested just offshore) served in a sauce of cheese made at Pied-de-Vent, the artisanal cheesemakers.

Departing the Vieux Couvent and the Magdalen Islands on Tuesday evening was like leaving new friends you can hardly wait to see again. Our consolation was that more attractions lay ahead.

The following morning, we arrived in Chandler on the Gaspé Peninsula and took a bus to nearby Percé, the picturesque village known for the iconic Rocher Percé and historic Bonaventure Island that is now a nature park. Here, we took an excursion boat around the famous rock and to the east side of Bonaventure where seals basked below cliffs teeming with thousands of nesting northern gannets.

The next morning, under a brilliant sky, we arrived at Quebec City, where the Vacancier docked directly below Old Town for one last stop before our return to Montreal. We topped off our wanderings along the charming old streets with a glass of outrageously expensive wine on the Château Frontenac's balcony overlooking the boardwalk and harbour. There we toasted the Vacancier and the fine end of a unique Canadian journey.

CTMA's Vacancier is operating 15 one-week cruises between Montreal and the Magdalen Islands beginning on June 11. Seven will have themes ranging from birdwatching and photography to music and Acadian heritage. From $595 a person. Shore excursions can be booked on board. 1-888-986-3278; www.ctma.ca.

STAYING ON THE ISLANDS 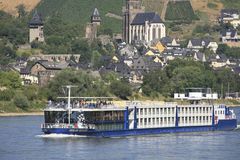 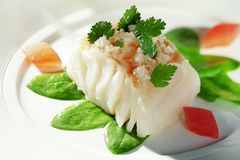