Daniela Cubelic, owner of Silk Road Tea in Victoria's historic Chinatown, has travelled the world to understand the rituals that reflect the cultures in which tea is brewed. Travel editor Sarah MacWhirter talked with her about tea and travel over a cuppa.

When did you first travel for tea?

I went to Turkey when I was 19, and I became totally entranced with their tea rituals. I was planning a career in the foreign service, going to university and studying with a Chinese tea master on the side in Richmond. I took a trip to Europe, took a detour to Turkey, and when I was there I fell in love with Turkish tea culture. It turned into an exploration of tea. I would say, 'Never mind about the carpets, how do you brew your tea? Where do I buy those tea sets? They're not for tourists – but where can I find them?' At 22 I opened [Silk Road Tea] ... Because I studied with Chinese and Taiwanese tea masters, I had access to very high quality teas. A few years ago I realized I did become an ambassador, but not in the traditional sense.

You've travelled to about a dozen countries in pursuit of tea and tea rituals. Which one made the strongest impression?

I love Moroccan tea – I love Morocco, actually! The tea ritual is like stepping into an Arab fairy tale. Of course, Morocco is an Islamic country, they don't drink alcohol. Their tea ritual has the same tone as some of our gatherings with alcohol. People will say, 'Come over for tea,' not 'Come over for a glass of wine.' It's very convivial. Moroccan tea is sometimes referred to as Berber whisky because it's really strong and is served in shot glasses.

You experience Moroccan tea in clear glasses. The tea is made in a silver pot with an elongated tulip spout which gives a nice pour. They'll pour very, very high, and raise the pot up and down. It actually aerates the tea, you get little bubbles. It's very beautiful.

The tea itself is green tea with spearmint. There's one type of tea Morocco gets from China called gunpowder. They mix it with spearmint grown in Morocco and with sugar. The tradition in Morocco is to serve it with pastries.

I have had a lifetime of many incredible cups of tea, but [in Morocco]I had what is one of my most memorable cups of tea – anywhere – ever. After a long day of trekking via camel into the desert, the brisk taste of intense green tea, coupled with the refreshing burst of fresh mint, was particularly rejuvenating. We finally had a well deserved cup of tea in the early evening as the sun began to set, and the desert air started to cool.

Their hospitality is lavish. You really should accept more than one cup of tea!

What country surprised you?

France has more of a tea culture than people realize. There's quite a lot of tea drinking in the salon culture. Where in the UK tea has been about the ritual, and with less varieties of tea, in France they're much more interested in the connoisseurship of tea. The French have been focused on high quality of tea, loose teas to varietals, and tea appreciation.

If you're wanting to do a culinary tourism trip, Taiwan is terrific because it's small. You can explore a lot of different flavours without having to travel very far. The tea culture is very alive. Taiwan also ups the most refined form of Chinese tea culture. Almost every tea shop you visit throughout Taiwan will offer you tea, served in a ceremonial style making it very interesting and enjoyable. Sometimes the tea sets are very elaborate, and other times they are quite basic. You have to go to a traditional Taiwanese teahouse, and they have tea museums that are fantastic. It's so easy to get around in Taiwan – it's easy to get to a tea growing area from Taipei. Japan is good for travellers interested in the spiritual side of tea – the pursuit of contemplation and relaxation. If you want the heart and soul of tea culture, you should go to Kyoto. Kyoto is Japan's ancient imperial capital, as well as its spiritual capital. Tea was introduced to Japan by monks who drank and cultivated tea. The Japanese tea ceremony arose under the influence of Zen Buddhism as a form or practise of enlightenment.

In Japan if you want to experience the ritual, you have to seek it out. Some hotels offer the Japanese tea ceremony, as do tour package operators. One of the best ways is to pay a visit to one of the three established tea ceremony schools (Urasenke, Omotosenke and Mushakojisenke). I recommend arranging a visit to one or more of them to see authentic tea ceremonies. They have locations throughout Japan and offer demonstrations.

China is the home of tea – it has the world's most ancient tea history and for that reason, it is also the most varied. All methods of tea processing were invented there. It is said that China produces more teas than France produces wines and cheeses combined, and I don't doubt it! Whereas most countries have one or two signature tea rituals, or ways to serve tea, China has more than you could ever imagine. In a day's visit, you could experience tea served 10 different ways. I often get asked if China has an "afternoon tea" – their version of afternoon tea is Dim Sum. But beyond that, what I usually say is "anytime is teatime in China." What country is next for you?

Vietnam. They're capable of good quality production and they have beautiful tea gardens there. A lot of techniques for making a high quality tea are not known in a lot of places in the world. I think there's the potential for them to have a strong market.

THE BEST PLACES TO TAKE TEA IN MOROCCO

You can get delightful tea service at the most humble establishments, but the fancier hotels and restaurants have a beautiful settings and more ornate teapots and tea glasses.

La Mamounia is a five-star hotel and spa in Marrakesh surrounded by lush, serene gardens and offers a lovely high-end tea service. mamounia.com

For something a little different, indulge in a tea and spa service. It's quite common to receive a cup of tea, at least, after a spa service or trip to a hammam (steam bath). At Les Bains De Marrakech, a day spa, I thoroughly enjoyed a pot of tea and pastries between treatments. lesbainsdemarrakech.com

In Essouira, a picturesque seaside town on the western coast of Morocco (known as one of the best places to surf in Africa), I had a wonderful tea service at the posh hotel Heure Bleue Palais. heure-bleue.com

Daniela Cubelic, Special to The Globe and Mail 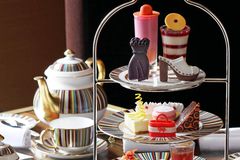 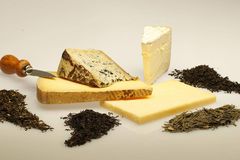 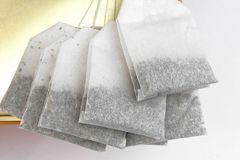