I love to travel, but I have a problem. My gut is tender, the result of youthful years spent dining with abandon on the curried tripe, deep-fried pig trotters and other delicacies of East Asia. Today, in revenge, my body rebels at any rich, spicy or fatty food – in short, just about any national cuisine you encounter from Vienna to Jakarta.

For a long time, I survived by packing Rice Krispies; later, a portable rice cooker. Once, on assignment in Mumbai, I was so desperate I bought a toaster oven and chicken breasts and made dinner on the mahogany desk of my $300 hotel room.

Then came Subway. Today, the yellow, white and green sign of the American sandwich chain can be found almost anywhere on Earth. From a single store in Bridgeport, Conn., in 1965, Subway has grown into an empire with more than 40,000 outlets in 102 countries. I have dined there – if you can call it that – in Mexico City, London, Istanbul, Beijing, Shanghai, Tokyo, Berlin and Paris, among other places.

Every time I plan to hit the road, I type my destination into the online Subway restaurant finder to see what my options will be; I have even chosen hotels based on their proximity to an outlet.

My order is always the same: a toasted foot-long turkey sub on honey oat, with lettuce, tomato, green pepper and mustard. If I am feeling adventurous, I ask the "sandwich artist" (as Subway calls them) to add sliced cheese. Sometimes I buy two sandwiches and save one for later. I carry a collapsible freezer bag for this purpose.

Weird, yes. Pathetic? You might think so. But Subway saved my travelling life.

Once, I found myself in Finland north of the Arctic Circle, visiting a bleak town called Rovaniemi. My friends went out for a hearty dinner of reindeer stew, the very look of which made my insides quiver. I joined them for a beer then walked up the main street, stomach growling, only to turn a corner and see the Subway sign shining like a beacon in the night.

(At the time, the staff told me, it was the second most northerly Subway in the world, after one in Norway. Today the northernmost is in Murmansk, Russia; the southernmost in Invercargill, New Zealand.)

In Port of Spain, Trinidad, the Subway rescued me from the joys of "shark and bake" – fried shark meat between buns of fried dough that my companions were gobbling.

On a week-long trip to Mexico City, I became such a regular that they knew my order. One morning the manager looked at me shame-faced and said, "Sir, I am sorry: no honey oat." I said whole wheat was fine.

In India, I interviewed the owner of several locations. He explained the logistical challenges of sandwich-making in a developing country. Outlets bake their own bread on-site, so rolls of dough must be trucked in regularly. But the drivers would sometimes turn off their refrigerated vehicles to nap. The dough inside would start to rise, causing the sides of the trucks to swell and buckle under the pressure.

Subway has conquered such difficulties in most places. It makes about eight million sandwiches a day in outlets from Djibouti to Uruguay to the Isle of Man. The company, which racked up $18-billion (U.S.) in revenues last year, hopes to open between 2,600 and 3,000 more this year.

Even Afghanistan has three Subways, all at U.S. military bases. Bonaire, a flyspeck Caribbean island that belongs to the Netherlands, has one. It advertises a kalkoenfilet (turkey breast) sandwich under the slogan "Smaak die je raakt," or "taste hits you."

As Subway puts it on its website: "You can enjoy a foot-long Turkey Breast Sub, with your choice of a variety of vegetables and condiments served on bread baked right in the restaurant, in Jamaica, then travel to New Zealand and get the same footlong Turkey Breast Sub!" It is almost as if they know me.

All of this will strike many people as globalization run amok, homogenizing the world's eating habits. I don't see it that way. Local foods continue to thrive and evolve alongside international fast foods. Japanese still love their ramen, Filipinos their adobo. They go to Subway when they need something fast and fresh.

Subway also makes concessions to regional tastes, supplying halal sandwiches in the Middle East and vegetarian sandwiches in South Asia. Its Saudi Arabian outlets offer the Halloumi, featuring a soft white cheese made with sheep and goat milk. Swedes enjoy the Skagenrora, a concoction of shrimp and fish eggs.

But wherever I go, I can still get a foot-long turkey sub on honey oat with lettuce, tomato, green pepper and mustard. Thank goodness.

There’s more to a food lover’s Philly than cheesesteak and hoagies
September 9, 2013 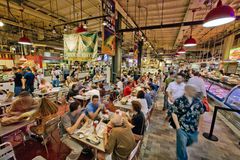 Check out a BBQ snob’s favourite joints in Dallas
September 9, 2013 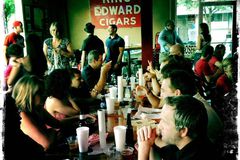 Maui: How food lovers can enjoy its tropical fare and island flair
July 27, 2013 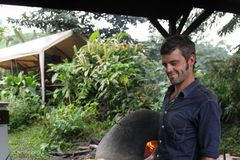