I can't stop staring into the abyss. So beautiful and unique is Iceland's Silfra rift that it almost seems like a special effect. I can't fathom how water can be this clear: green, blue and as flawless as a polished lens. Although I'm standing on solid ground I feel a sense of vertigo looking down to the bottom of the cavern where individual stones stand out in high relief some 50 metres away. A brown trout, speckles rippled by sunlight, swims lazily through the deep.

There is no shortage of spectacular landscapes in Iceland: oil black beaches racked by shattering waves, percolating geysers spewing boiling jets, thundering cataracts splitting mountains. But for all of their drama, none compares to Silfra's tranquil beauty.

About an hour's drive from Iceland's capital of Reykjavik, the rift is situated in Thingvellir National Park, a world heritage site and a destination in its own right. From 930 to the late 18th century, the park was the meeting place for the country's annual general assembly, known as the Althing, where laws were set and disputes settled. Great cracks in the earth create veritable canyons that act as natural amphitheaters.

To get to Silfra itself, I walk across a small bridge that crosses a river full of Arctic char, perfectly visible in the clear water. This is the exact location where the American and Eurasian tectonic plates split apart.

At some points under the water, scuba divers, who consider this as one of the top dive sites in the world, can literally reach out and touch both continents at once.

Like so much of Iceland's landscape, the water in Silfra owes its near perfect clarity (some put it at 300 metres) to volcanic activity. The water that fills the rift melts off the Langjokull glacier where it's been frozen for a millennium. It spends between 30 and 100 years flowing and being filtered through volcanic rock, at depths up to six kilometres, covering 50 km before it emerges briefly, flows through the rift and then disappears again beneath the earth into nearby Thingvellir Lake, Iceland's largest. Although the water is a chilly 2 to 4 C, its gentle, steady flow prevents it from freezing even in the depths of an Icelandic winter.

Kneeling down, I reach for the water and disturb the calm surface, pulling a handful of the cold, clean water to my mouth. The 1,000-year-old liquid tastes as clean and pure as it looks and at last I'm convinced that Silfra is no mirage.

What it is: Silfra is a freshwater rift in Iceland, formed at the divergent tectonic boundary that separates the Eurasian and North American plates.

Where it is: At the edge of Lake Thingvallavatn in Thingvellir National Park.

How to get there: Iceland Air offers daily flights to Reykjavik from Toronto.

How to see it: One of Iceland's first adventure tour companies, Mountain Taxi (mountaintaxi.is) offers tours to Silfra and a host of other destinations in customized off-road vehicles.

Where to stay: Dating to the 1930s, Hotel Borg is an art deco gem in the heart of Reykjavik. Rooms start at $225 a night.

The writer travelled with assistance from Visit Iceland. It did not review or approve the article.

A cold one in Iceland: Where do the locals go drinking in Reykjavik?
April 19, 2013 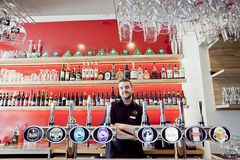 I've always wanted to visit Iceland. How can I learn more about the country?
June 17, 2011 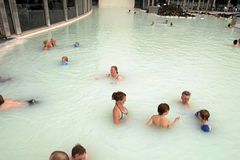 Cruising the icy waters of Greenland couldn't be hotter
September 13, 2008 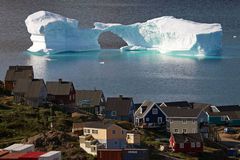