When summer comes, the North American music scene is dominated by festivals. But as some audiences prefer the decorum of concerts to the madness of giant crowds and portable potties, plenty of promoters still cater to that crowd. Here’s a list of some of the continent’s most breathtaking and/or unique venues, with a subjective sampling of the summer’s top shows, mostly in outdoor settings. In short, destination music.

The naturally occurring rock-and-sandstone stage in the Rocky Mountain Foothills outside Denver should be considered one of the Seven Wonders of the Music World and singer Dolly Parton has standing in the wonder department herself, natural or otherwise. The bewigged Nashvillian is well aware that working 9 to 5 is no way to make a living and so she undertakes her first comprehensive tour in 20 years. The iconic singer visits the Santa Barbara Bowl, Shoreline Amphitheatre and the legendary Hollywood Bowl – each visitable venues, but nowhere near as glorious as Red Rocks (capacity 9,450). July 27. $49.50 to $129.50. Morrison, Colo., redrocksonline.com 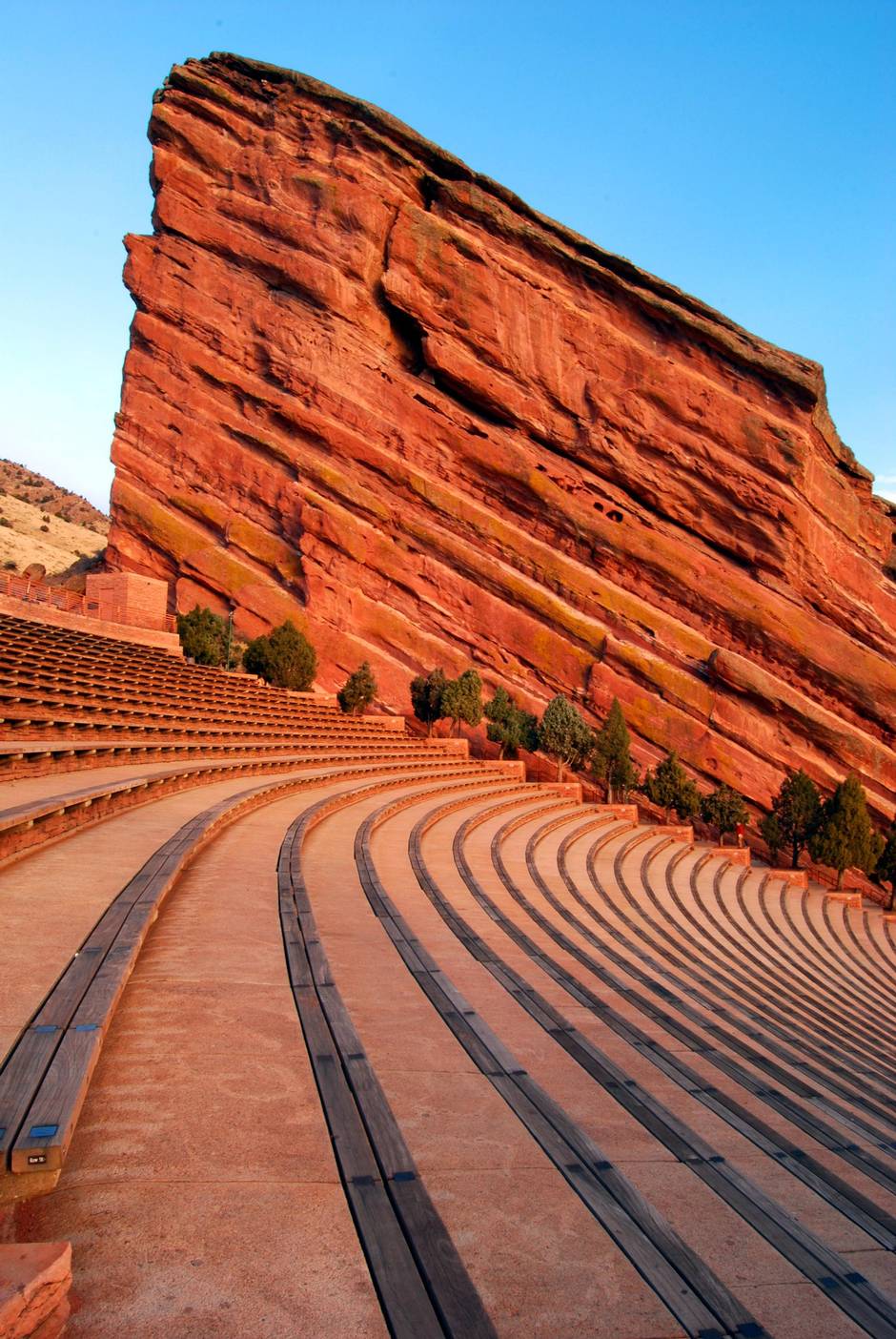 The amphitheatre at Red Rocks Park in Colorado. (iStockphoto)

Most opera companies take the summer off, breast plates and horned helmets being so uncomfortable in warmer weather. But the situation is not typical in New Mexico, where the heat is dry and the Sante Fe Opera house celebrates its 60th season with a repertoire that includes Don Giovanni, Roméo et Juliette, Capriccio, Vanessa and Puccini’s La Fanciulla del West (The Girl of the Golden West). The company’s Crosby Theatre is an open-air jewel that offers views of the Jemez Mountains to the west and the Sangre de Cristo Mountains to the east. Tailgate dining is a thing; sunset skies are canvases. July 1 to Aug. 27. $40 to $225. Sante Fe, N.M., santafeopera.org 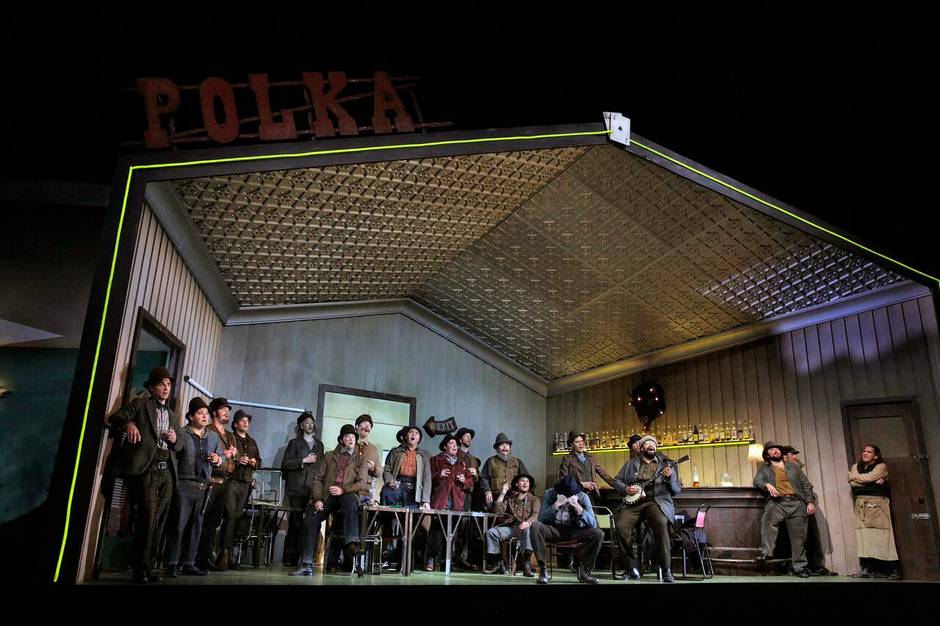 Girls of the Golden West at The Santa Fe Opera. (Handout)

The Sadies, at the Hayloft

Sure, the summer’s biggest tours involve Adele and the reunited Guns N’ Roses, but a trip to a barn to see what is arguably Canada’s finest live band is essential Canadiana. The Sadies, Toronto-based psychedelic country-rockers who are of the “have Telecasters, will travel” aesthetic, will head down the 401 to Ontario’s Prince Edward County, where the rustic facility is a place of country kitsch and cold-beer howdy-do. Aug. 5. $34.50. Cherry Valley, Ont., thehayloftdancehall.com

Bebel Gilberto, at the Surf Lodge

The hit Showtime drama The Affair had watchers dreaming of moving to the Hamptons, which is apparently a great, tragic place to write a hit novel and have sneaky sex. Or to see fine music acts. The Surf Lodge in Montauk, Long Island, is a breezy boutique inn, with a summer calendar of deck-set music by the likes of Trombone Shorty, Bob Moses, Gary Clark Jr. and Bebel Gilberto, a bossa nova queen whose high thread count matches that of the sheets at a sublime summer accommodation situation. Aug. 7. Free (limited tickets). Montauk, N.Y., thesurflodge.com 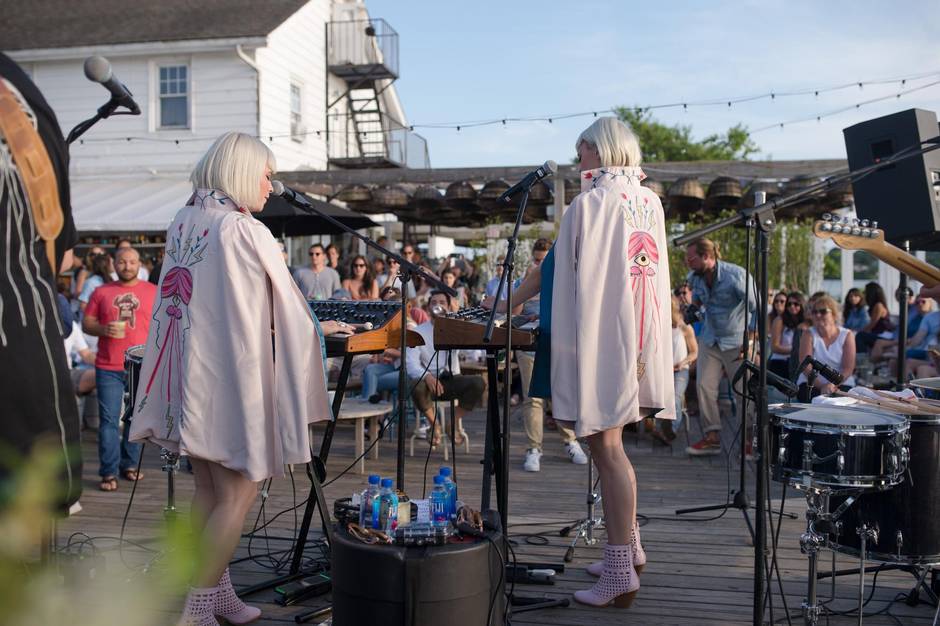 The Surf Lodge in Montauk, Long Island, is a breezy boutique inn, with a summer calendar of deck-set music. (Madison McGaw / BFA.com)

Alabama Shakes, at the Greek Theatre

The marketing slogan attached to the canyon-set amphitheatre is “to play, see and be among the stars.” Los Angeles has to be. On a park site donated by landowner Griffith J. Griffith in 1896, the 5,900-seat Greek Theatre has been played by Sinatra and Springsteen and this summer brings the Barenaked Ladies, Bonnie Raitt and Jackson Browne. Looking past the golden-oldies, however, we see a pair of concerts by the young Alabama Shakes, a self-descriptive soul-rock ensemble who will test the facility’s earthquake retrofit of 1995. Aug. 9 and 10. $39.50 to $69.50. Los Angeles, lagreektheatre.com (sold out)

As often as not, so-called summer blockbusters are overhyped and disappointing. But if this season’s big-budget movies aren’t worth the butter on your popcorn, an annual evening of film scores performed by the Boston Pops Orchestra and conducted by the movie-music maestro John Williams is two thumbs up guaranteed. Happening at the indoor-outdoor Koussevitzky Music Shed in a picnic-happy Western Massachusetts town, a performance begins with the prelude to Ben-Hur and the love theme from Out of Africa and ends with a Star Wars march and E.T.’s flying theme. Aug. 13. $22 to $125. Lenox, Mass., bso.org 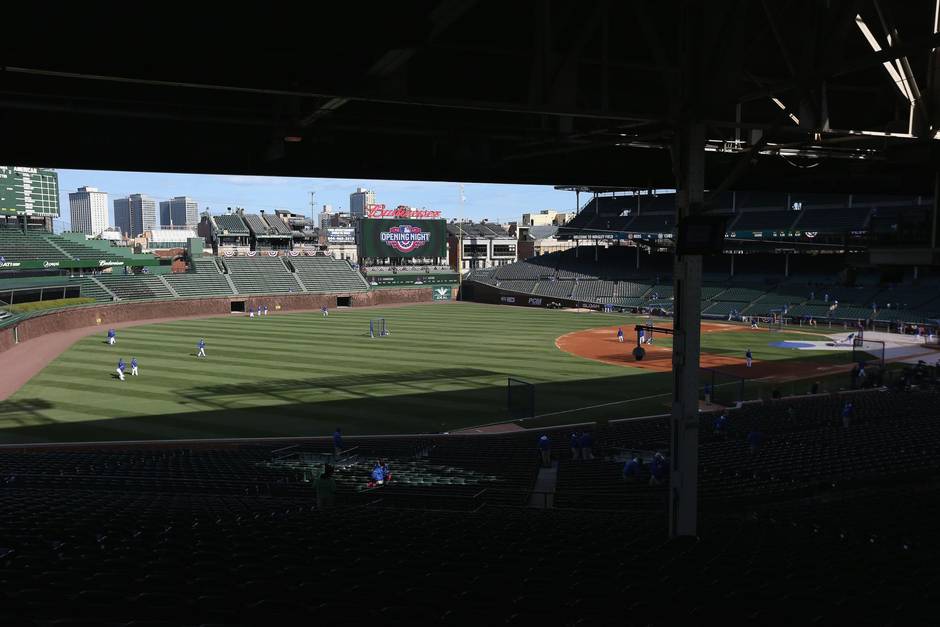 Historic Wrigley Field is a great place to take in a concert outdoors in Chicago. (Jonathan Daniel / Getty Images)

The late, ebullient Ernie Banks, a Hall of Famer who spent his entire baseball career as a Chicago Cub, would arrive onto his home field and express his joy of the game with a signature proclamation, “Let’s play two.” Diehard Cubs fan Eddie Vedder apparently feels the same way, because in August his grunge-rock band, Pearl Jam, will give a pair of concerts at one of the game’s oldest, charming and goat-cursed stadiums, Wrigley Field. Buy us some peanuts and Pearl Jam seats, we don’t care if we never get back. Aug. 20 and 22. Sold out. Chicago, Pearljam.com

Erected in 1907 by the fishing village’s shipbuilders and craftsmen, the small music hall in Lunenburg, N.S., is of sensible design and serviceable function. One could say the same thing about the troubadour Gordon Lightfoot, still touring insistently at the age of 77. His visit to a small South Shore town is call for a celebration – for local fans of Sundown, If You Could Read My Mind, Carefree Highway and more, their ship has come in. Aug. 24. $125 (sold out). Lunenburg, N.S., lunenburgoperahouse.com

If the musical summer began at the Gorge with the Sasquatch Festival on Memorial Day weekend, it ends at the same Washington state spot. Situated near the Columbia River, with the Cascade Mountains as a backdrop, the 27,500-seat venue is the mammoth place for three shows on Labour Day weekend by the politely jamming Dave Matthews Band. Camping is available, sightlines are immaculate and, on summer’s last weekend, possibilities are as endless as the horizon. Sept. 2 to 4. Various prices. Gorge, Wash., georgeamphitheatre.com 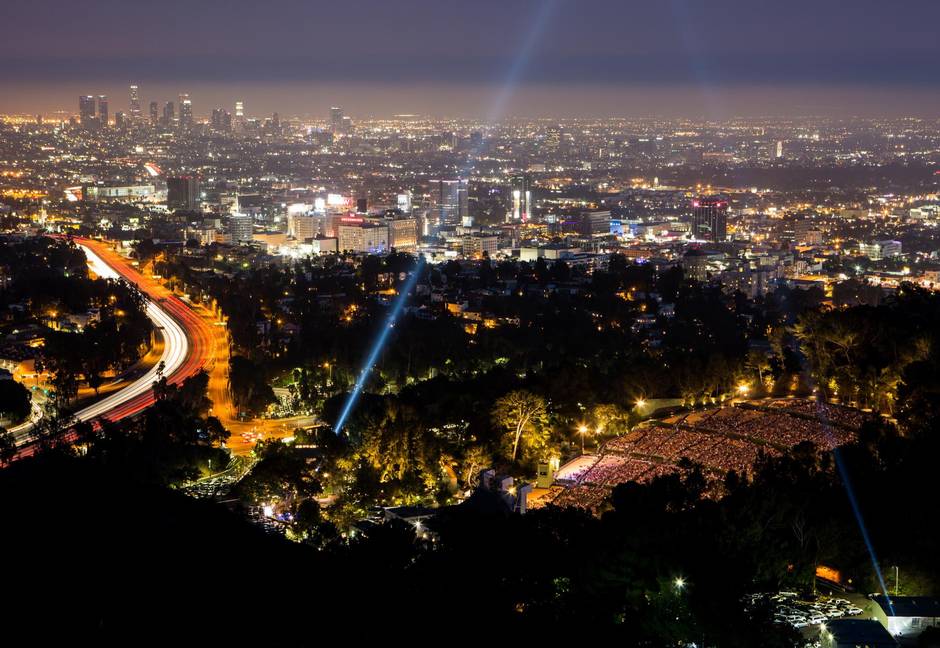 A view over the Hollywood Bowl in Los Angeles. (FiledIMAGE)

ELO, at the Hollywood Bowl

Chuck Berry has played the Hollywood Bowl, and the Beatles have too. In early September, the progressive-pop spaceship that is the Electric Light Orchestra will touch down in the iconic, hillside bandshell. Led by Jeffrey Lynne and with help from the venue’s house orchestra, ELO will end its concerts with fireworks and its showstopper version of Roll Over Beethoven. Someone should tell Berry (if not Tchaikovsky) the news. Sept. 9 to 11. $14 to $182. Los Angeles, hollywoodbowl.com