Mountain biking adventures used to mean camping rough and eating hot dogs on sticks over a bonfire every night.

That was BA: Before Abigail, the baby whose presence had us trading mosquitoes, flooded tents and obnoxious campground neighbours for the luxury of a family resort with air conditioning, laundry, suites with kitchens, balconies with a view, a pool – and even a babysitting service. Oh, and 160 kilometres of hilly, heart-stopping, adrenaline-pumping, leg-muscle-burning single track once described by Bike magazine as the best trail network in North America.

This is Kingdom Trails, Vermont, and its epicentre, at the top of Darling Hill, is Wildflower Inn, lodging so central we could hit the dirt right from our room. Located about 40 minutes south of the border near the hopping hamlet of East Burke, Kingdom Trails is a veritable web of narrow dirt tracks that range from easy to double-diamond difficult. They snake through a couple of valleys around a long hill and climb Burke Mountain, an old ski resort near East Burke that recently opened for downhill mountain biking. About 90 per cent of trails are on private property donated for use by 53 local property owners.

After a Saturday morning solo ride, my wife, Julie, and I – Abigail was hanging out with Grandma at the pool – met our instructors for a downhill lesson. Unlike the lightweight mountain bikes used on single track trails, downhill bikes are heavy and feature powerful suspension. Armoured riders take a chairlift to the top of the trail, then zoom downhill.

Designed for speed and flow, Burke Mountain's hard-packed trails launched us downward at high velocity around high-banked berms, over roller coaster-like whoop-dee-doos, and even off some small jumps.

The next day we explored the wider trails (Abigail in all her glory in an all-terrain stroller being pushed by Grandma), before meeting goats, horses and donkeys at Wildflower Inn's petting barn. Later, Julie and I descended into the valley by bike on a thin path that led us through a grassy meadow and on into dark woods with a rooty descent to the Troll Stroll trail, a densely treed loop that squeezed us even further downward through narrow forests and catapulted us around high berms toward the valley floor.

River Run and West Branch loops meander alongside a sparkling creek and pebble beaches, while Hog's Back trail gives a burn on an ascent to the top of Sidewinder, one of the network's few double black diamond runs. It's a screaming, dangerous half-pipe that slings riders up and down the walls of a high gulley at breakneck speed.

Three hours after we started, we were rolling past Heaven's Bench, one of the most scenic vistas in the area, just above the Wildflower.

She smiled, and nodded toward the inn. "Sure beats camping."

Your first stop should be at the Kingdom Trails Association office in East Burke to speak to staff about area attractions, trail routes, day passes ($15 U.S.), and to pick up an essential trail map – you'll be lost without it. 802-626-0737; kingdomtrails.com

Although Kingdom Trails receives an estimated 52,000 visits annually, the network is extensive enough that it's rare to see other riders till almost midday. Explore the 160 kilometres of cross-country single track, ride downhill at Burke Bike Park (open Fridays through Sundays in August), or consider a downhill lesson.

The Wildflower Inn family resort on Darling Hill Road offers rooms and suites priced from $130 to $477 (U.S.) a night, depending on the season. There are play structures, a petting barn, a kids' zip line, splash pad and kiddie pool, children's activities and family suites with cribs available. 800-627-8310; wildflowerinn.com

The Wildflower Inn features all-natural, farm-fresh ingredients, many of which are locally produced. The River Garden Café in East Burke also serves delicious fare. Pop into Chappy's Ice Cream in East Burke for a frozen treat.

Mountain bikes and armour can be rented at the Village Sport Shop at Burke Mountain and in nearby Lyndonville, and from East Burke Sports in East Burke, for about $25 to $100 (U.S.) a day. Reserve at least one week ahead.

Mountain bike at the Top of the World in Whistler
August 8, 2012 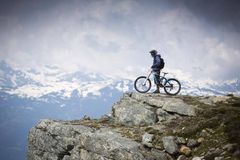 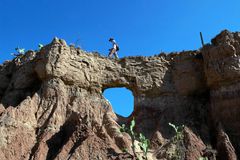 An inn among the vibrant fall colours in Woodstock, Vermont
September 9, 2011 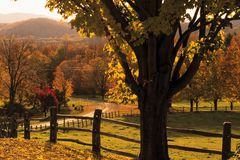