Ever since David Foster Wallace's immortal putdown of cruising – the unforgettably titled A Supposedly Fun Thing That I Will Never Do Again – the floating vacation has gotten a decidedly bad rap in my circle. Given all that I share with Wallace – I am a writer/teacher of English literature and, at 32, about the same age he was when he wrote the essay – my friends are routinely floored when I describe cruising as a genuinely fun thing that I keep doing again and again.

I now have five enjoyable cruises behind me, but my favourite by far was the one I took in May – a 15-day Holland America transatlantic crossing to Barcelona from Fort Lauderdale on the MS Nieuw Amsterdam. The experience best illustrates what I have come to think of as my "philosophy of cruising."

Wallace's account of his displeasing cruise is punctuated with the endless on-board activities (conga lines, art auctions, hypnotists) he collectively refers to as "structured fun." My argument is: Structured fun is not your enemy, it is your friend. Since most of the activities offered hold so little appeal for me – because they are so clearly aimed at a different demographic – I need take no notice of them. With so little to tempt me, I am left blissfully alone, and allowed to relax on my own terms.

Never was this truer than on the Nieuw Amsterdam. There is something inherently pure and nostalgic about the idea of crossing the ocean by ship. Transatlantic cruises also happen to be affordable if you can book one when ships are "repositioning" between the Mediterranean and Caribbean each spring and fall. But the main advantage of the transatlantic cruise, I learned, is that no one under the age of 70 seems to have ever taken one.

Everywhere my girlfriend and I went on board, our fellow cruisers searched us for staff name tags. One day, a star-struck passenger posed for a photo with my confused girlfriend, informing her: "You're the dancer! From the show!" Two gentlemen on the ship's glass elevator gave us an appraising glance, asked whether we were "on the cruise" (we did not know where else we might be) and proceeded to congratulate us on being "the only young couple" on a voyage where the average age was 75.

The fun on offer was indeed of a decidedly senior slant. The daily itineraries included classes such as, "How to use your digital camera" and "E-mail 101." (I confess to being taken in by "Garage Band," an evening show I naively mistook for a tribute to the White Stripes. It was, in fact, a musical soap opera about race cars – a cross between Grease and Days of Thunder.) Sports and nightlife, prominent features of previous cruises I had taken, did not figure on the Nieuw Amsterdam. Only the whistling wind dared enter the top-deck basketball court. By 11 each night, the sound of snoring filled the ship's abandoned hallways.

So what did I do, left to my own devices? Gloriously little. By day, I sat on my balcony, scanning the slate-grey sea for whales and watching passing clouds that would not see land for days. Sometimes I borrowed from the extensive DVD library – everything from Chinatown to Sex and the City 2. By night, my girlfriend and I wandered like tourists in a peaceful post-apocalyptic Las Vegas, taking in the ship's dancerless discos, its casinos and bars devoid of human life. Then we'd head to the upper deck to admire the enormous, star-filled mid-Atlantic sky and shoot some midnight hoops.

Most of my time was devoted to reading. Perhaps the greatest favour cruise companies do for their passengers is to charge exorbitant rates for satellite Internet. Holland America is no exception. Relieved of the need to check my e-mail every 10 seconds, I was able to plow through vast quantities of literature. A particularly inspired borrowing from the ship's excellent library was Thomas Mann's modernist classic The Magic Mountain, a novel about a man who deliberately checks himself out of society and into a Swiss sanatorium. Substitute the mountain for the sea, and it could have been me.

In one uncharacteristic episode of nautical adventure, truth proved more captivating than fiction. Responding to a distress call from a yacht that had been drifting for four days, our ship rescued its two-man crew in a daring nighttime operation. And further adventure waited at my destination. Shortly after I arrived in Barcelona, I acted like a normal thirtysomething and boarded a plane for Casablanca, bound for a different genre of two-week vacation. By that point, I was ready for it. 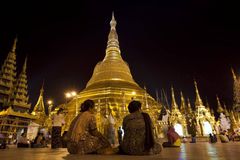 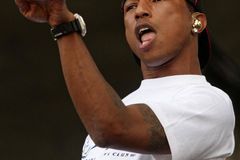 Champagne on the beach, caviar on demand: Is this the best cruise ever?
January 24, 2014