It wasn't the unannounced guests or talk of Tinder trysts that convinced Pam Swan to buy extra sheets for her Airbnb listing. In the end, it was the condom wrappers in her bed that did it.

Swan, 40, made the "icky" discovery in November after an Edmonton couple – her second booking – stayed in her Calgary condo while she was dog-sitting. "I washed all the linens, of course, but then I decided, 'Maybe I need a set of sheets for me and a set for the guests,'" the community-hall manager says.

The reputed popularity of the online lodging-rental service among users of matchmaking apps such as Tinder and Grindr only adds to Swan's uneasiness, but not because it could lead to sexcapades in her one-bedroom unit. For Swan, the issue is security.

"People will often book as one person and then a couple shows up," she says. "That's fine at a hotel, but in my home I want to know exactly who's there and who I'm letting into the building."

Swan appreciates making $95 a night when she's not at home, but has to balance this income with uneasiness about security, carelessness and damage. Another guest, for instance, scratched her glass stovetop by using it as a chopping board. "Some people just don't care," she says. "You have to go into it knowing there are risks."

There's always been a risk/reward equation at the heart of the Airbnb guest/host relationship.

When the company launched in 2007, it kick-started the sharing economy: The idea that travellers could stay in private homes rather than hotels, and that homeowners would welcome strangers into their spaces, seemed like a stretch.

But 25 million guest visits later, it's clear that the rewards – inexpensive accommodations for guests and extra income for hosts – have more than outshone the risks, which range from wayward condom wrappers to shocking-but-rare incidents of vandalism, rape, assault and theft.

Airbnb's commission-based booking system currently lists a million-plus apartments and houses (and Volkswagen vans and French châteaux), and the California-based company is valued at about $15-billion (U.S.).

Airbnb's mandate is about, as a recent rebranding would have it, "people, places, love and community." The company's website avoids even the implication of risk or distrust. Guidelines on "How can I prepare myself as a host?" make no mention of locking up valuables, a common-sense precaution, and a series of hosts-only online forums ask users to refrain from posting "doubts or problems with Airbnb."

But growth depends on adding hosts, and behind the scenes, the company has put in place a growing number of safeguards to ensure guests are trustworthy.

After 2011's infamous "Ransackgate" incident, in which an apartment in California's Bay Area was trashed and valuables stolen, Airbnb established a round-the-clock service hotline, complimentary "Host Guarantee" insurance that tops out at $900,000 and a Trust and Safety division that employs 150 staff. Two years later, it began confirming the consistency of users' online and offline identities.

Given its size and global reach, Airbnb is "nearly impossible to police," says Aaron Zifkin, country manager for Canada.

"We wouldn't be experiencing such explosive growth if people didn't feel comfortable," he adds, pointing out that just one in every 38,000 visits leads to a Host Guarantee claim.

However, this coverage is strewn with terms, conditions and exceptions – artwork, cash and jewellery aren't covered – that have come under fire from the insurance industry and Airbnb hosts.

In mid-February, British Columbia homeowner John Kidder told CBC that he cancelled his Airbnb listing after his broker informed him that his insurance would be revoked if he continued hosting guests.

How many hosts claim security deposits? The company won't say, even though it mediates disputes and collects the optional coverage.

Zifkin attributes the low number of Host Guarantee claims to "the community being able to police itself with host and guest reviews."

But reciprocal assessment may not be effective in weeding out problem guests. New members often lack reviews, but as Swan points out, "It's unfair to turn someone away just because they're new." She didn't disclose any of her visitors' indiscretions out of concern they would return the disfavour, which is another common worry among hosts.

The inconsiderate behaviour Swan has faced comes as no surprise to Giana Eckhardt, a professor of marketing at the University of London's School of Management. Her 2012 study in the Journal of Consumer Research, which focused on the auto-sharing Zipcar service, found that the sharing economy isn't so much about sharing as it is about making and saving money.

Zipcar customers prefer policing problem members using GPS surveillance and late-return fines rather than a vague sense of social obligation. Airbnb gives hosts the option of either sharing space with guests or handing off keys before leaving: While the company won't confirm which is more popular, Eckhardt's current research, which is being prepared for publication, provides the broad strokes.

"Most Airbnb guests want to stay in someone else's space only if the host isn't there," she says. "What people want, we've found, is pure market-mediated access without forced sociality."

Airbnb is "taking a social angle when it comes to trust," she continues. "If people know each other, they won't trash a space like they might a hotel room."

(This approach also makes sense from a business angle, she says, as "a home-rental service based solely on making and saving money is much easier to copy.")

But Eckhardt, who uses Airbnb herself, says hosts are "increasingly stripping out personal touches. The monetary incentives are so great that they are trying to overcome their concerns."

Take Grace Chiu: The Ottawa resident had few personal belongings in her unoccupied Toronto condo when it appeared on Airbnb last fall, but she says guests still damaged a bed and punched holes in a wall, stole towels and toiletry items and jammed a vacuum cleaner.

Prospective renters "were always very flattering and would promise to leave my place cleaner than they found it," Chiu says.

"Then they'd invite friends over, disturb the neighbours … and leave all their used party supplies behind."

Chiu changed her minimum-stay requirements from one to two nights in an effort to prevent parties, but the reservation requests for her downtown end unit kept flooding in.

Eventually, the noisy gatherings prompted her condo board to ban Airbnb rentals, at which point Chiu decided to sell. The board then fined her more than $400 for common-area cleanup.

How much cash do you need to visit Europe? Check out this list
February 25, 2015 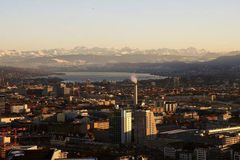 We got lost while jogging in Morocco, and it was the highlight of our trip
February 23, 2015 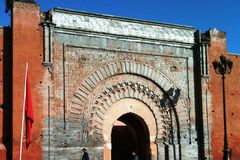 Where can my Canadian dollar go farther on vacation?
January 30, 2015 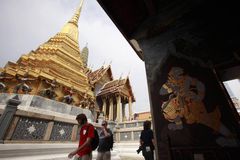