The mystique surrounding Bonhomme includes bodyguards, private flights and almost 1,000 appearances a year. Yet, he's never been seen in two places at once. He is Quebec's answer to Santa Claus, and just as beloved. (Apparently, Claus was a childhood chum.) On Friday, Bonhomme helped kick off the annual Carnaval de Québec/Quebec Winter Carnival, which runs until Feb. 11 in Quebec City. So now's a good time to explore the snowman behind the legend.

Let's start with some stats

First name: Bonhomme. Last name: Carnaval. The first images of him started appearing around Quebec City in November of 1954 and, soon after, he landed the job of ambassador for Carnival, in 1955. A tall drink of water at seven feet high and with a style all his own, Bonhomme proudly wears a red tuque and multicoloured arrow sash, complementing his 400 pounds of pure, compact snow. As comfortable reading to sick children as he is giving official speeches at City Hall, he's fluent in French, English and Spanish. Omnipresent during the city's Winter Carnival festivities and as at home leading parades through the Upper Town as he is cheering on the canoe races for elite athletes on the frozen St. Lawrence River, if Bonhomme had a middle name, it would be Joie de Vivre.

Réal Gobeil is the co-ordinator of Bonhomme's team, which numbers 25 people during the busy winter months, from drivers to security, attendants to ticket bookers. A tireless statesman, Bonhomme arrives in Quebec City at the beginning of winter, whereupon he becomes the de facto king of the city, and stays for the duration of Carnival. The mayor even gives him the key to the city each year. Like many Quebeckers, Bonhomme takes vacations abroad, be it in France, Japan, China, Taipei, Rio de Janeiro or Mexico, but you won't find him lying on a beach. Instead, he uses his time off to promote Carnival and the city of Quebec, a typical visit involving the song Salut Bonhomme as he arrives dancing. He'll then give a little speech and finish with a few jokes, before hugging it out with the crowd. And while Bonhomme makes hundreds of visits a year, dignitaries including René Lévesque, Princess Grace of Monaco and Mickey Mouse have also come to visit him.

Snowmen have existed for as long as snow and children have co-existed, but Bonhomme Carnaval was truly born when a couple of 1950s-era businessmen decided to give a snowman a personality and name him the ambassador of the newly minted Quebec Winter Carnival. Organizers saw something special in Bonhomme and the communications branch put time and energy into working on his speaking skills, his mad dance moves and his great big hugs. They set out to create a snowman like no other, one with both charisma and heart.

How the legend grew

For many people, the first two things that come to mind when one thinks of Quebec City are the Château Frontenac hotel and Bonhomme. Schools across Canada use the Carnival and Bonhomme as source material to teach French. In fact, I remember learning the Bonhomme song in kindergarten and can still sing it today. Once a child experiences the Winter Carnival in Quebec, they never forget it. The maple taffy, the snow sculptures and the nighttime parades that glitter like magic. And just imagine being hugged by a seven-foot-tall snowman!

For more information on the 2018 Quebec Winter Carnival, see carnaval.qc.ca.

Where to ski in Quebec’s Saguenay-Lac-Saint-Jean region
November 16, 2017 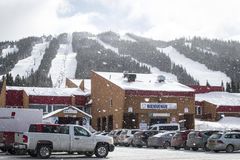 Four getaways to keep kids entertained over the holidays
November 30, 2017 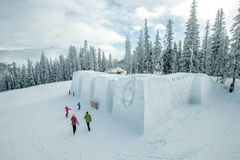 From Quebec to the Arctic Circle, embrace winter at a snow or ice hotel
January 17, 2018 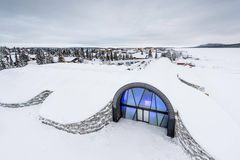